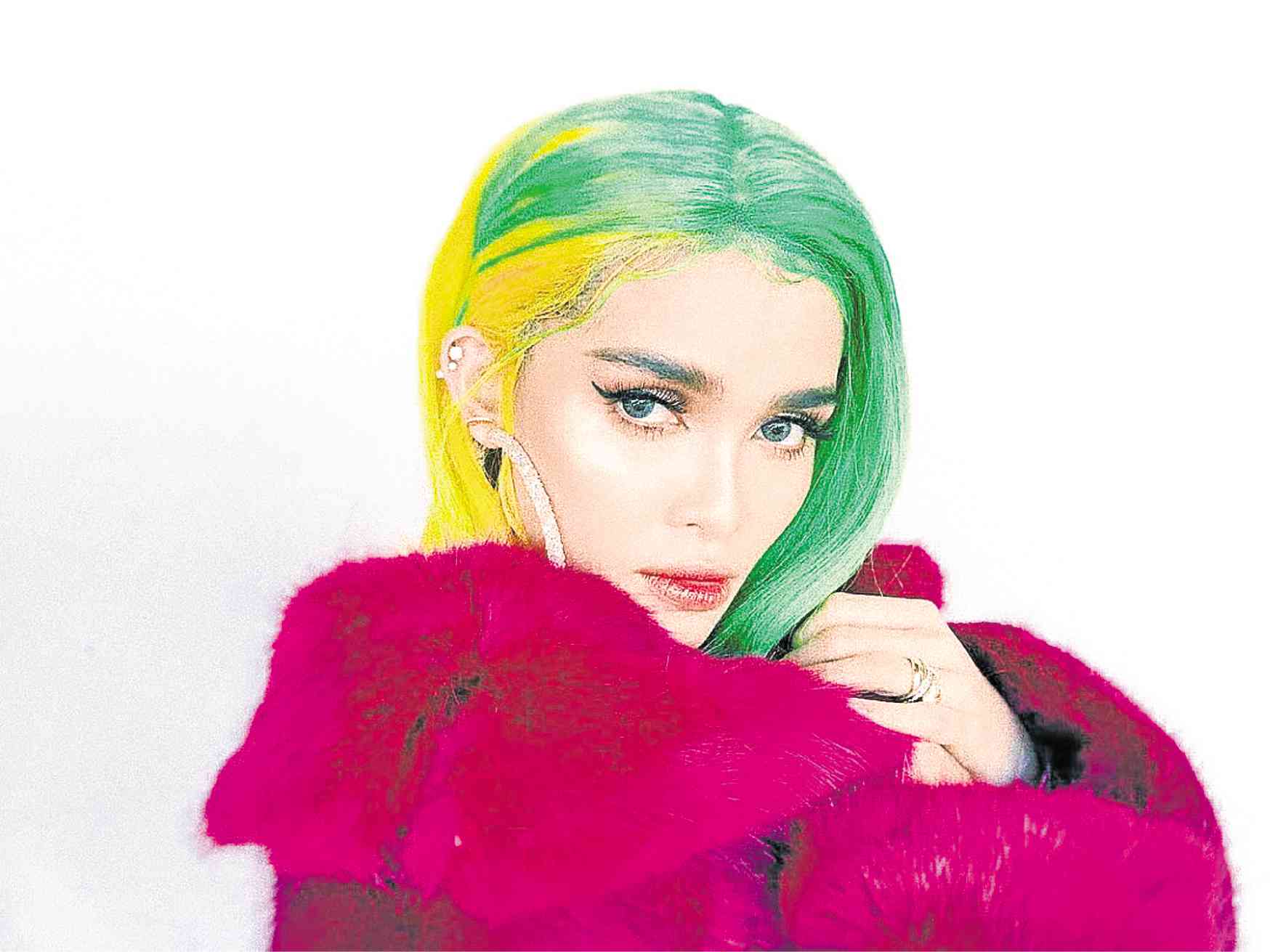 Of course there’s pressure!” said singer KZ Tandingan after being named by the National Commission for Culture and the Arts (NCCA) as its newest music ambassador recently.

“I’m with some of the biggest names and most influential in the industry. We represent different national committees. I will focus on music,” KZ told the Inquirer at the media gathering organized by the NCCA to commemorate February as National Arts Month (NAM).

“If there will be opportunities where we can work hand-in-hand, that would be great,” she added.
KZ joins 2015 Miss Universe Pia Wurztbach, actors Ian Veneracion and Heart Evangelista, and TV host Boy Abunda as
NCCA ambassadors.
As such, she gets to give a fresh rendition of NAM’s theme song, “Ani ng Sining,” composed and originally sang by Joey Ayala.

KZ said news of her being an ambassador initially caught her by surprise.
She recalled, “After the shock came the excitement, and then self-doubt. I asked myself, ‘Why me?’ Now, I appreciate the fact that the NCCA saw I’m capable of handling this responsibility.”

Aside from public appearances and influencing people on social media, KZ said, “I will make a more conscious effort to promote our culture, especially music. You see, even before this offer I would always express how proud I am to be a Filipino, especially when I was in China [to compete in the talent search, ‘Singer 2018’].

“I’m thankful that they allowed me to do the Filipino rap version of ‘Rolling in the Deep.’ I was also able to sing (Freddie Aguilar’s) ‘Anak’ both in Mandarin and Filpino.”

She added that her heart was swelling with pride “because I now have another platform to work on that advocacy more. I hope to inspire the youth. I would say to them that it’s OK to appreciate the music of artists abroad, but it’s equally important that we learn to love our own. This is our identity. This makes us who we are as Filipinos. It’s also important so that when we finally have our own grandkids, we know our history and we can tell them stories. Pia was right when she said that one way to know a country’s history is to look at its arts. We will know what a nation went through just by studying its arts.”

Asked what important piece of advice she would like to give to aspiring singers, KZ said: “Don’t be afraid to stay out of your comfort zone, but at the same time, be sure to stay true to who you are.” 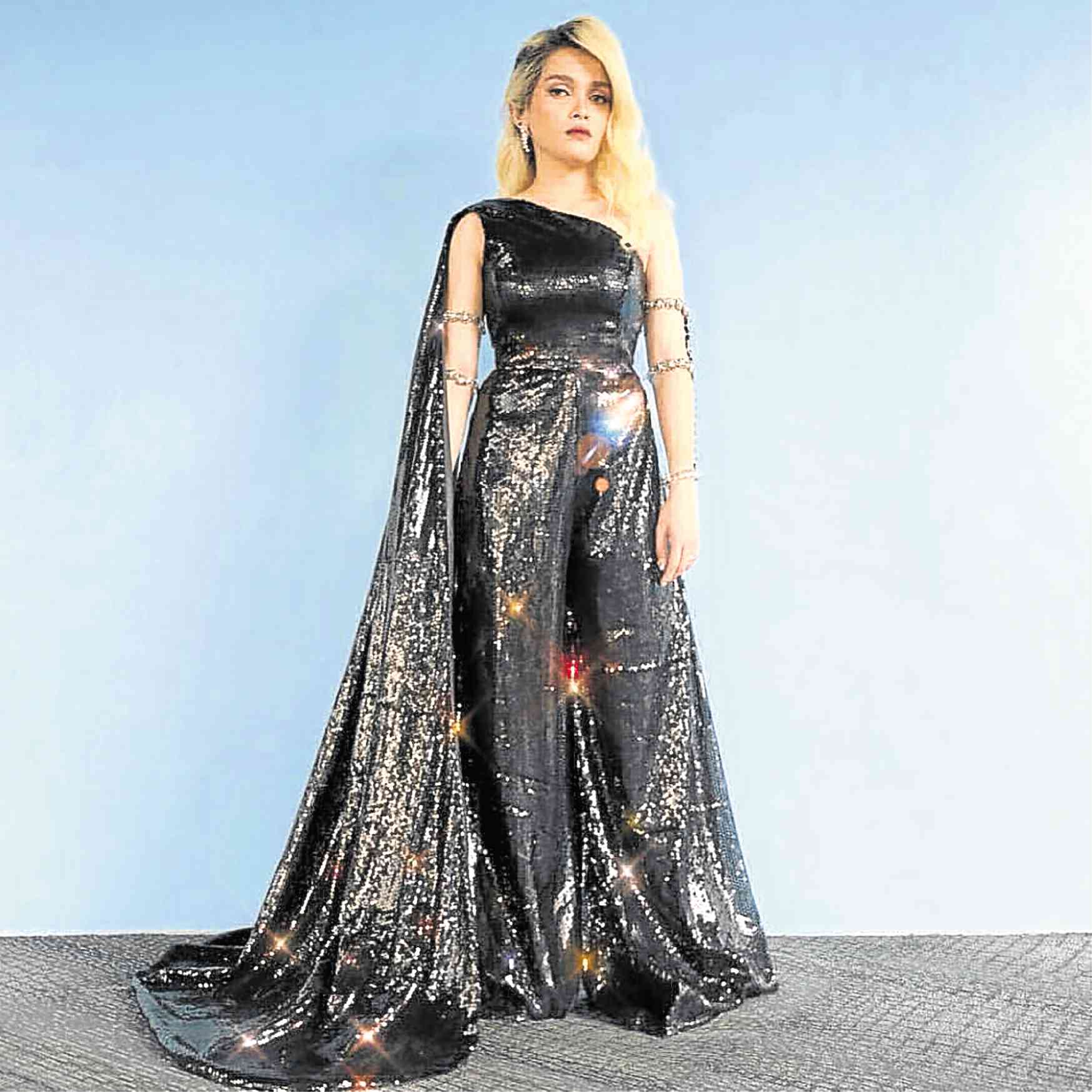 “Sometimes, when you get into a situation that you find so tough, you tend to forget who you are and just want to conform—don’t ever,” she stressed.

KZ recalled the time she competed in “Singer 2018,” where foreign fans lauded her ability to perform in different genres and became one of the most talked-about singers on social media. American singer Jessie J bagged the grand prize.

“The whole four months that I went back and forth to China made me so much stronger as a person and as an artist. All the things that I went through after that whole China stint seemed to be so easy for me now. I would sometimes remind myself, ‘Kinaya mo ang China, kakayanin mo ito,” KZ reminisced.

“I feel so proud. When I look back, I’d smile and say, ‘Grabe! Kinaya kong gawin ’yon?’ At the time, it felt like riding a roller-coaster—there were lots of ups and downs. I learned so much about myself and the people around me because of that experience,” she declared.

KZ then became introspective. She recalled growing up in her home province—Digos City in Davao del Sur—before joining an acoustic band and then transferring to Manila to compete in the talent search “The X Factor Philippines” in 2012, and eventually becoming the grand winner.

“Never in my wildest dreams did I imagine this would happen to me. But as they say, if you work hard and wait patiently for the perfect timing meant for you by God, you will definitely get somewhere,” she pointed out. “I always knew in my heart that I wanted to be a singer, but I never expected that it would actually come true.
“When you’re from the province and you tell your family that you want to study music in Manila, this idea will most likely be opposed.
“For most people there, singing is not something that will help pay the bills or lift the family from poverty. They don’t consider this a real job.”

Starting this March, KZ will begin touring her “Supreme” show in major cities abroad. She will be in Dubai on March 22, along with special guests TJ Monterde and Jay-R.