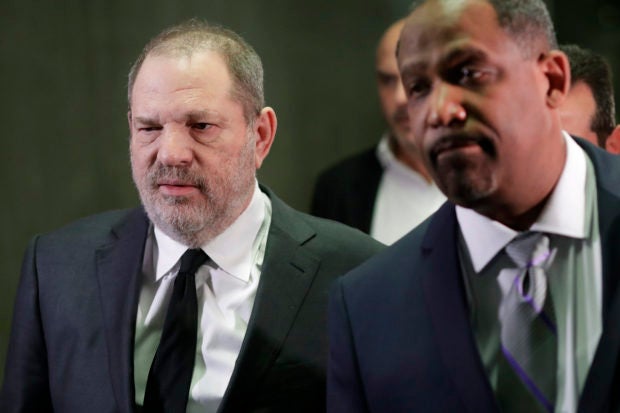 PARK CITY, Utah — Harvey Weinstein’s name was intrinsically linked to the Sundance Film Festival for years, which makes it somewhat fitting that 14 months after his demise the festival played host the world premiere of a documentary about his rise and fall.

The film is semi-biography of the disgraced mogul, packed with interviews from people who knew him as a concert promoter in Buffalo, those who worked alongside him at Miramax and The Weinstein Company, like Zelda Perkins, his former assistant, director Mark Gill and producer Jack Lechner. It also features a handful of women who came forward to accuse him of sexual misconduct, including actresses Rosanna Arquette, Erika Rosenbaum, Caitlin Dulany and Paz de la Huerta.

“We knew that at the heart of it we wanted to tell some of the accusers’ stories, but we couldn’t spend the whole film telling those stories because it would probably just be too intense and too much,” Macfarlane said. “We also wanted to tell the story of Harvey and to understand what kind of human he was, and why people liked him and why he had this charm and this spell where he could draw people in. We couldn’t just say he’s a monster and he was raping people for 40 years…We wanted to understand how he got in a position where he was able to do these things.”

Weinstein has denied all allegations of non-consensual sex. Friday’s premiere occurred hours after Weinstein appeared in a Manhattan courthouse to change his legal team in a rape and sexual assault case.

Former employees in the film describe his charisma and power and how extraordinary it was to be part of Miramax during its salad days, while also detailing his monstrous and abusive tendencies (like throwing marble ashtrays at people’s heads) and how he considered himself to be “the sheriff” of New York.

“It’s important that it wasn’t all sexual but also about the psychological abuse and physical abuse,” Macfarlane said. “I get the feeling having met former staffers that there is a sort of PTSD of just having been an employee in the office.”

Getting people who worked alongside him to talk was a struggle, however. Macfarlane says the culture of fear still lingers for people who work in the industry. She tried to get Weinstein on camera as well, but he declined multiple requests.

“I’m really proud of the ones we did get on board,” she said. “It was very courageous of them to talk about their regrets and what they feel they could have done better.”

Kathy Declesis, a former assistant to Weinstein’s brother Bob, describes how she quit after being privy to how the company was handling misconduct allegations.

Macfarlane knows she could have continued following the developments in Weinstein’s criminal case, but decided to let his downfall be the end of her film.

“You could do the 5-part series in 10 years’ time when maybe you would get the interview with Harvey, who knows what would have happened by then, but I think we had an energy and a momentum,” she said. “I want people to come out and say ‘OK this is very distressing and depressing but what can we do about this?’ I want there to be a bigger point to it.” MKH