Nicolas Cage to star in ‘Color Out of Space’ after H.P. Lovecraft story 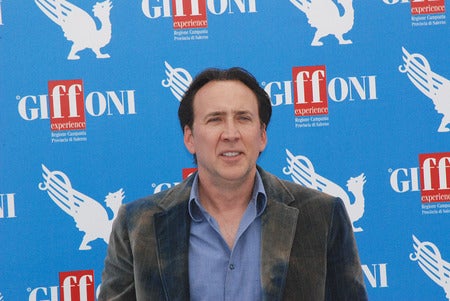 Sci-fi thriller “Color Out of Space” is leading with Nicolas Cage; it’s a first film in 25 years for director Richard Stanley, adapting an H.P. Lovecraft story of the same name.

Both are involved in a new interpretation of “Colour Out of Space,” which details the horrifying effects that a crashed meteorite had on the plants, animals, and human population adjacent to its impact site.

This adaptation appears to alter the original story somewhat, in that the farm belongs not to a local, but a family that’s recently moved in.

The film “Color Out of Space” is in production at SpectreVision, the same company that pushed Cage’s 2018 acclaimed action horror “Mandy”.

With filming to begin in February, the project has been announced just as the Sundance Film Festival begins and a few weeks ahead of February’s own Berlin International Film Festival (and the industry marketplace that runs alongside it).