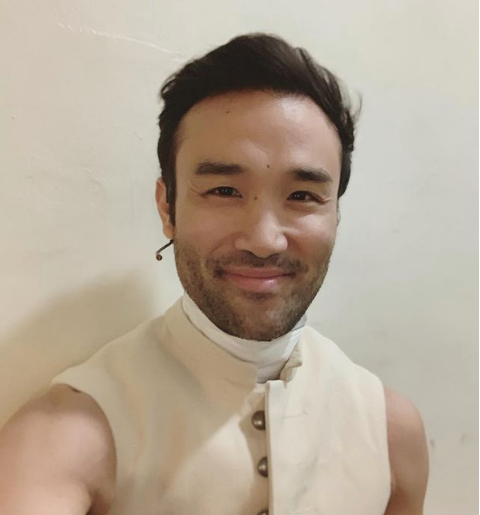 A Filipino-American theater actor just made history once more, bagging the lead role of the Tony Award-winning “Hamilton” musical.

Marc dela Cruz played the titular character of the Broadway musical, Alexander Hamilton, on Saturday, Jan. 19. Dela Cruz, who is of Filipino-Japanese descent and born in Hawaii, was also the first Asian-American actor to play the lead role.

Actress Olivia Oguma expressed her pride about dela Cruz’s achievement and cheered for the “Japanese-Filipino Hamilton.”

Tonight … we had the first Asian-American Alexander Hamilton in Hamilton on Broadway. Just wanted to let everyone…

In dela Cruz’s Instagram post, he thanked the “Hamilton” cast, who he calls the “Ham fam.” He also thanked everyone who supported him in his first outings in the lead role.

Thank you to the Ham Fam and everyone who supported me from near and far on my first couple of outings going on as Alexander Hamilton. This show continues to amaze and thrill me. Whether I’m on as Man 5 or as Ham I love being able to help tell this story. #hamiltonmusical #hamfam #alexanderhamilton #linmanuelmiranda #tommykail #alexlacamoire #andyblankenbuehler #stephanieklemons #wholiveswhodieswhotellsyourstory #actor #broadway #understudy #hamilcruz #asianactor #dontgiveup 📸 @robertwalters89 🙏🏼

Dela Cruz joined the cast in November 2018, playing various roles in the musical such as Hamilton’s father-in-law Philip Schuyler, Hamilton’s eldest son, and even as his doctor, online magazine The FilAm reported.

“I am over the moon to be a part of Hamilton,” dela Cruz told the magazine. “I’ve been a fan of Lin-Manuel Miranda since I saw ‘In the Heights’ and I always wondered at the possibility of being in something he created.”

The actor is the third Filipino-American to take part in the highly-popular musical in Broadway, joining other actors such as Karla Puno Garcia and Christina Glur.