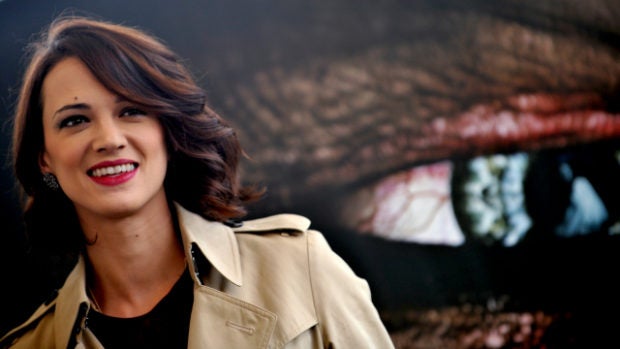 Italian actress and #MeToo campaigner Asia Argento is to be a model in a haute couture fashion show in Paris on Monday. Image: AFP/Tiziana Fabi

Italian actress and #MeToo campaigner Asia Argento is to be a model in a haute couture fashion show in Paris on Monday.

The 43-year-old, who helped start the movement by accusing Hollywood mogul Harvey Weinstein of rape, will lead out Antonio Grimaldi’s spring summer collection.

Grimaldi, who like Argento is based in Rome, praised her as an arthouse heroine of Italian cinema whose “unconventional and counter cultural nature” was perfect for the collection, which is inspired by the Greek myth of Ariadne.

In a teaser photo for the show, the heavily tattooed Argento appears in a short sleeveless black dress with a heart motif that plays off her body art.

Haute couture shows, staged only in Paris, are regarded as the pinnacle of fashion, with their handmade creations aimed at Hollywood royalty and the super rich.

Argento had to fight claims in September that she had sex with an underage American actor while playing his mother in the 2004 film “The Heart Is Deceitful Above All Things”.

But after the #MeToo movement began to gather pace she said he contacted her again to demand $3.5 million (three million euros) to keep quiet.

Her late boyfriend, celebrity chef Anthony Bourdain, who she said wanted peace, reportedly had paid him $250,000 by last June, when Bourdain committed suicide.

Argento then suspended the payments.