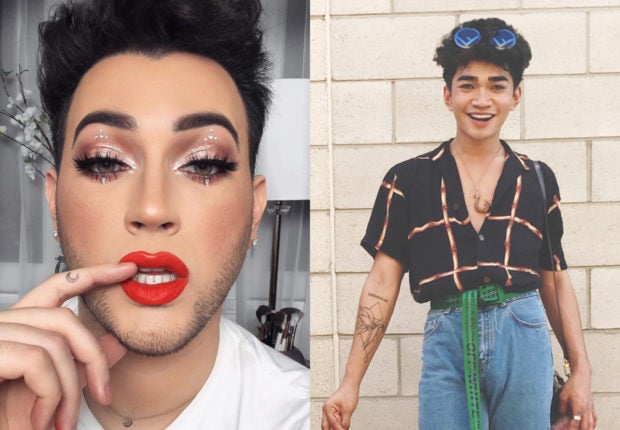 Photos of YouTube personalities and beauty gurus Manny MUA (makeup artist) and Bretman Rock were allegedly used by a local university in a poster as examples of “improper grooming for men.”

A poster on the guidelines on proper grooming for men bearing the name as well as the logo of Leyte Normal University (LNU) is making rounds on social media. Colored and long hair were marked as “inappropriate hairstyles” for men, while sporting full beards, earrings and wearing makeup, as well as donning feminine clothing, were labeled “improper grooming for men.”

INQUIRER.net has already reached out to LNU for comments.

One netizen, @ThePencilPushe1, shared the said poster, tagging Manny via Twitter yesterday, Jan. 16. S/he asked Manny to confirm if the photo of the man in the poster wearing makeup was indeed him.

Apparently, the netizen was not the only one tagging the makeup artist in the poster, as revealed in Manny’s Twitter post yesterday.

“I’ve been tagged in this so much today… yes that’s me,” replied Manny. “Yes, they’re using me as an example of what not to do at school… A school having a problem with a man wearing makeup? Shocking.”

I’ve been tagged in this so much today… yes that’s me… yes they’re using me as an example of what NOT to do at school… a school having a problem with a man wearing makeup? Shockinggggg 🙄🤦🏻‍♂️ https://t.co/2BuWZQXxOK

In the comments section, one netizen, @aengelah, found that the photo of the man wearing feminine clothing was a cropped photo of Bretman Rock taken from the YouTube personality’s Instagram account.

Bretman Rock took to the same platform to address the use of his photo in the poster.

“First of all, my outfit is so cute,” he wrote. “And second of all how will wearing that affect a [student’s] learning, and why that picture I have cuter [looks] lol.”

First of all, my outfit is so cute… and second of all how will wearing that affect a students learning, and why that picture I have cuter lewks lol pic.twitter.com/Ga6K3myPdr

In the update posted by @ThePencilPushe1 yesterday, it was stated that LNU “already deleted the post and will be taking action.”

The school already deleted the post and will be taking action.

The school is yet to make a statement on the issue, as of this writing. JB