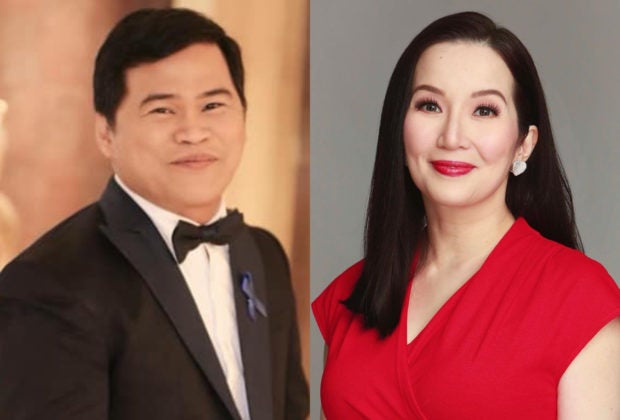 Comedian Ogie Diaz said the fight between the Queen of All Media Kris Aquino and her ex-project manager and business partner Nicardo “Nicko” Falcis Jr. is not only getting tiresome as the days go by — it also took away from Aquino’s fans the pleasure of witnessing her simple motherly updates about her sons.

Diaz did not hold back in the open letter he penned for his “mare” (female friend) via Facebook on Tuesday, Jan. 15. The comedian advised that Aquino should prioritize her convalescence over stressing herself in the issue she is currently embroiled in.

(Recuperate first before stressing yourself with the issue. Because that is what will kill you, not your disease.)

Diaz said Aquino should refrain from using her gadgets during her recovery. The Queen of All Media should also log-out from her Facebook and Instagram accounts.

(Your checkup and hospitalization in Singapore are useless if the stress you are feeling is sucking your strength. It would not have mattered if you will get better by answering the issues. Except if you really are a masochist and you enjoy stressing yourself.)

(Your fight with Falcis is getting tiresome. After all, you already brought it to court, let it [resolve itself] there.)

Diaz said many miss Aquino’s cute social media updates regarding her sons, Josh and Bimby. At the end of the day, these normal occurrences in their lives are what point out to Aquino’s greatness as a mother, Diaz suggested.

(For example, you shared [on social media] that you brought Bimby to the doctor because he was bitten by three red ants. Or Bimby fell, his knees got scraped, so you put Betadine [on his wound].)

Diaz ended his letter begging Aquino to heed the pieces of advice he imparted: “Sana, makinig ka na [cries] (I hope you will listen this time).” JB