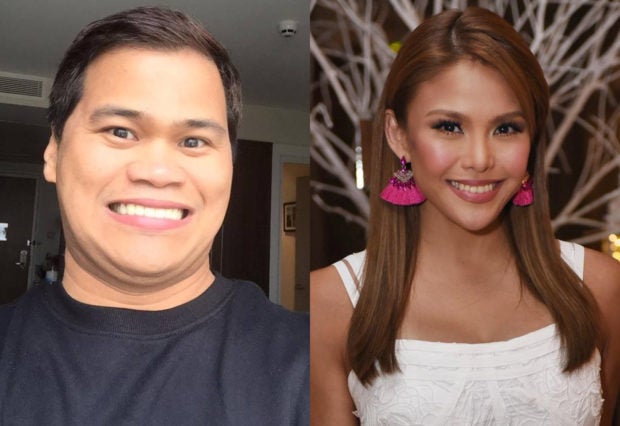 “I am for Gretchen,” the outspoken Diaz said, opening a Pandora’s box once more in the Facebook-based Q&A yesterday, Oct. 10. “At naniniwala ako sa kanya. So, ipaglaban mo ang iyong karapatan, Gretchen! (And I believe in her. So fight for your rights, Gretchen!)”

Diaz then revealed that he did not leave “Umagang Kay Ganda” on his own volition. Rather, Favila, together with Ressa, fired him from the morning show.

(I did not leave [the show]. I was fired on October 2010 by Ressa ([who was the] head of news and current affairs that time) and the show’s then-executive producer Favila (who Fullido filed a complaint against) because according to them, I supposedly receive public relations envelopes in the showbiz press cons I went to.)

Just like in the previous installments of the Q&A, he made it a point to entertain political questions, particularly ones concerning the 2019 senatorial elections.

He was asked what he thinks of former Presidential Communications Operations Office assistant secretary (PCOO-Asec) Mocha Uson running in the upcoming Senatorial elections, “to give voice to the voiceless,” as per her statement. He replied, “Nako eh yun ngang mga kababayan nating deaf, hindi niya nabigyan ng boses (But she failed to give voice to deaf Filipinos).”

He divulged that he is praying broadcaster Jay Sonza will be the one to replace Harry Roque as Presidential Spokesperson. When he was asked if he is in favor of Roque’s resignation, he replied: “Oo. Para ma-regain niya yung nawalang credibility kung kaya pa. Lalo na at tatakbo siyang Senador ngayon. (Yes. So that he can regain the credibility he lost if he still can. Especially now that he will run for the Senate.)”

(Don’t be gullible. Be smart in choosing the candidates you will vote. Don’t be blinded by [candidates’] sweet words. Don’t sell your votes for little value. Make sure your one vote is worth P1 million, not just P100. #sarcastic.) JB