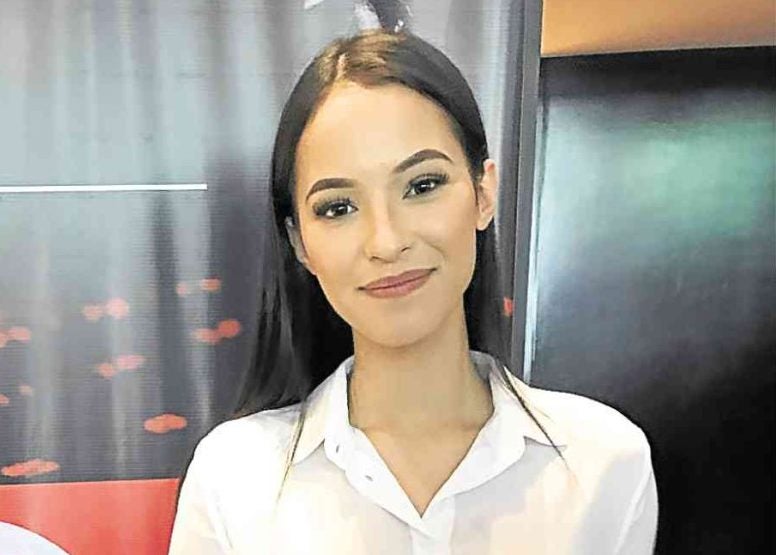 Being a mom to Akio (Paulo Avelino’s son) would have to be something that I’d have to grow into, which I’m not opposed to, declared Australian-Filipino model and TV host Jodie Torres, the actor’s girlfriend of almost two years.

Akio, or Ethan Akio Reyes, is Paulo’s 8-year-old child with former girlfriend, actress LJ Reyes. Jodie, whose real name is Jodie Elizabeth Tarasek, said she has met the boy several times, “and even played video games with him.”

“He’s a good kid,” she told reporters during a recent media gathering for the TV channel 5 Plus, which she hosted. “I’m still getting to know Paulo’s son, and I don’t want to take him away from his real mom, who is doing a great job of raising him. That’s her job alone.”

However, Jodie added that she would like to be “a great figure who Akio can look up to in the future, since his dad and I are a serious couple.”

By “serious,” Jodie said she did not mean they would be tying the knot anytime soon. “This year, we’ll be together for two years, although it seems like a lifetime. We’ve talked about it (marriage) in passing, but it’s not something that we’re actively planning … We’re happily in love with each other. I don’t want to put any pressure on us. I’m still young, and he still has his career to focus on,” she explained.

Jodie observed: “We’re both introverted people. Yes, it’s ironic because in an industry like this, we’re supposed to always be in front of people. But when it comes to the crunch of it, we just prefer to stay at home, play video games, and enjoy some quiet company. We’re so similar in a lot of ways that it’s scary!”

When asked what her dream wedding would be, Jodie responded, “It’d be intimate —and a secret. It’s a faraway beach wedding. There will be no cameras! But that’s just my side. Paulo will probably want something intimate, too; but, so far, no plans yet.”

Jodie said she hoped it would be somewhere here in the Philippines. “There are so many beautiful places here,” she pointed out. “I moved here from Australia for a reason. I’d like to pay homage to my mother, who’s Filipina, as well.”

Wanting some privacy during her wedding probably came from her experience of being bashed by netizens after Paulo publicly introduced her as his girlfriend at the ABS-CBN Ball last year. “It was scary, especially since I’m just a simple girl from Australia. I went to this extravagant ball and met all these important people,” she recalled.

Jodie added that, since then, “a lot of attention has been drawn to me. I’m not someone who handles pressure well. It was difficult in the beginning. I realized that people in show biz are often subjected to negativity. That’s something I wasn’t used to. It was a bit of a shock. Pau said to just ignore them. Deadma lang.”

The event that Jodie hosted was the relaunch of AksyonTV as 5 Plus, which now features “atypical” sports and sports-related content, as well as shows geared towards a younger, more adventurous audience.

Vincent “Chot” Reyes, president and CEO of TV5, explained “atypical” sports shows as “titles with a highly engaged audience base that don’t typically receive visibility of this scale.”

For extreme sports enthusiasts, 5 Plus will cover the X Games, like freestyle BMX and skateboarding.
For esports buffs, there will be some of the biggest international esports tournaments such as Dota 2, Mobile Legends and Tekken.

For college sports fans, 5 Plus will broadcast the National Basketball Training Center League and the National Cheerleading Championship.

Meanwhile, Reyes said, the simulcast of Radyo5 news programs airing on the old AksyonTV will be transferred to its new home on Cignal.