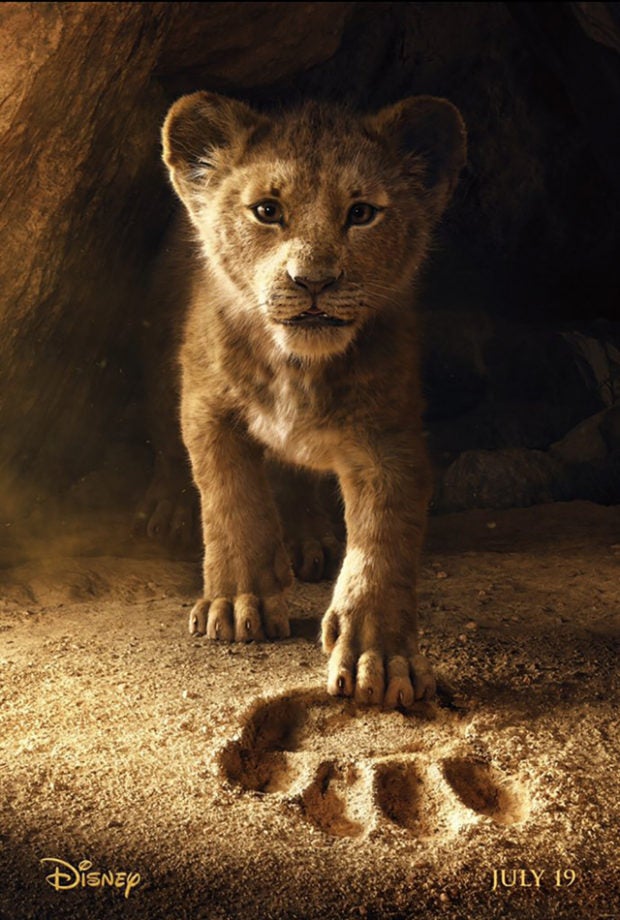 Donald Glover and Beyoncé Knowles are the voices of Simba and Nala in “The Lion King”, directed by Jon Favreau. Image: Disney via AFP Relaxnews

Several of Disney’s childhood classics are set to return in live-action format in 2019, from “Aladdin” and “The Lion King” to “Dumbo”. There will also be new installments from favorite franchises, including “Toy Story 4” and “Frozen 2”. Here are five animated movies to catch in 2019.

The live-action version of the Disney classic takes moviegoers to Agrabah, where a young street boy called Aladdin falls in love with Princess Jasmine. When he discovers a magic lamp, Aladdin uses his three wishes to win Jasmine’s heart and defeat Jafar, the evil Grand Vizier of Agrabah.

Opens May 24 in US theaters.

Woody, Buzz Lightyear, Jessie and the gang are back for a fourth animated adventure in their new home with Bonnie. When she adds a reluctant new toy called “Forky” to her collection, a road trip adventure with old and new friends shows Woody just how big the world can be for a toy.

Opens June 21 in US theaters.

Disney is revisiting its 1994 classic with a photorealistic animated version. To celebrate the birth of Simba, the future king, the animals of the savanna come together in honor of the cub. However, Scar — King Mufasa’s brother and former heir to the throne — isn’t pleased about the cub’s arrival. After betraying his family, Scar takes control and Simba is exiled. With help from Timon and Pumbaa, a curious pair of newfound friends, Simba has to figure out how to grow up and take back what is rightfully his.

Opens July 19 in US theaters

Tim Burton revisits the story of the little elephant who flies using his ears as wings. Mocked for his big ears, Dumbo holds a secret that could change everything when former circus performer Holt Ferrier’s children discover that he can fly. But his special skill also brings its share of problems.

Opens March 29 in US theaters.

While Disney is yet to share a trailer or any plot details about the second installment in the “Frozen” franchise, Elsa and Anna are set to return for a new adventure in 2019 with Olaf the snowman and their friend Kristoff. The sequel sees Evan Rachel Wood and Sterling K. Brown lend their voices to new characters.

Opens November 22 in US theaters. CC

Beyoncé on board for ‘The Lion King’ remake