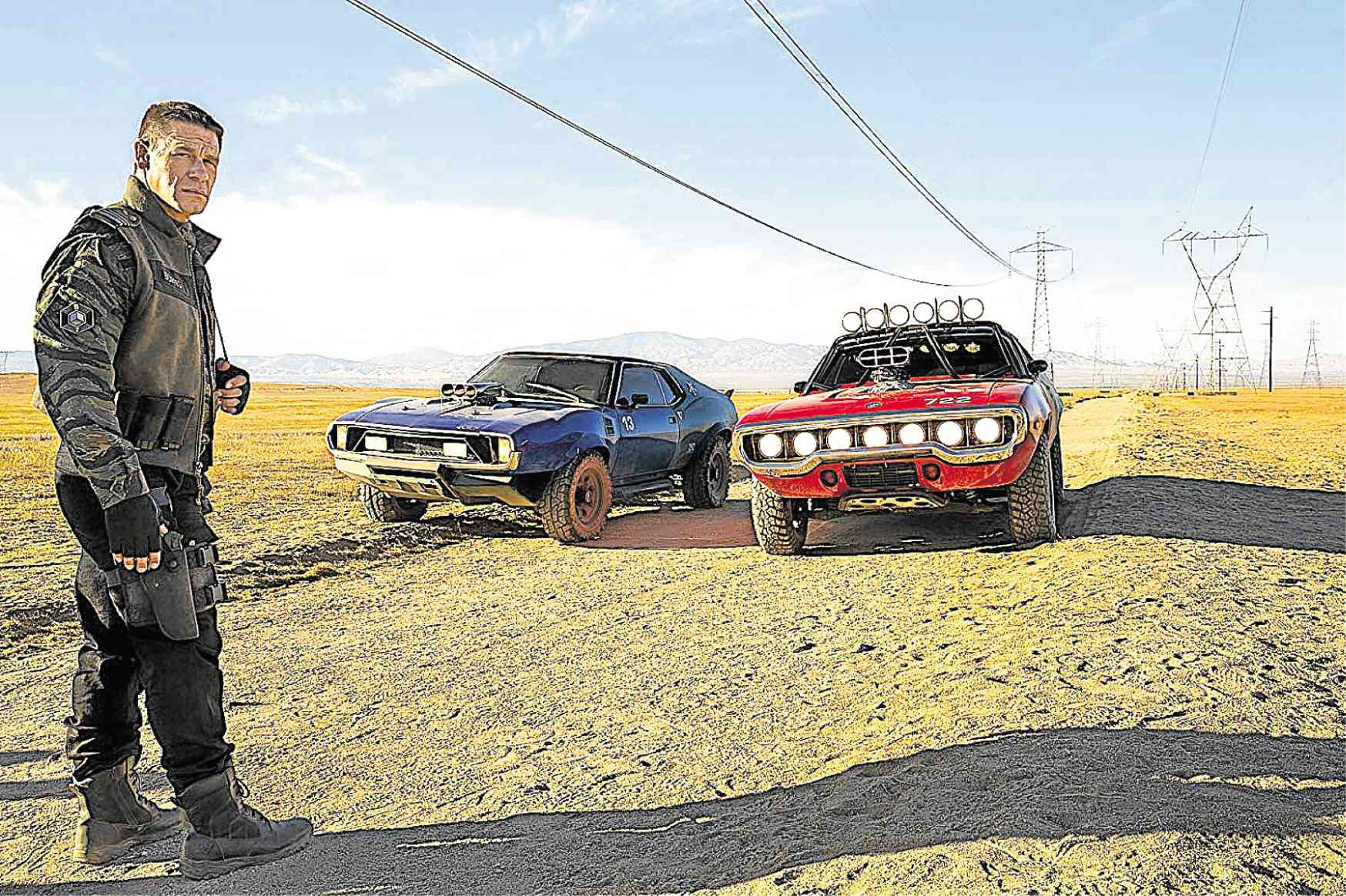 John Cena with Dropkick and Shatter

The last Transformers film, 2017’s “The Last Knight,” was so excruciatingly cacophonous, walk out-worthy and pretentious that we wanted to “congratulate” director Michael Bay for making Anthony Hopkins look bad and sound like a rambling nut case.

The grating, eardrum-busting actioner thought it was clever enough to incorporate the Arthurian legend into the world of Autobots and Decepticons, but it only ended up earning a 15 percent approval rating on Rotten Tomatoes. As a result, it became the worst-reviewed film of the generally reviled “Transformers” series.

But a film franchise is only as bad—or as good—as its last installment. Who knew Travis Knight’s “Bumblebee,” the sixth part of the live-action sci-fi series, could radically turn things around, by generating the best reviews of its more than a decade-long existence? On Rotten Tomatoes, “Bumblebee” has a 93-percent “fresh” rating—a far cry from its clunky and bloated predecessor.

Thank goodness 22-year-old Fil-Am lead star Hailee Steinfeld (“True Grit,” “The Edge of Seventeen,” “Spider-Man: Into the Spider-Verse” and the “Pitch Perfect” films) is more than equipped to carry “Bumblebee” on her Oscar-nominated shoulders, making moviegoers realize there’s more to the action-packed production than the metal-crushing mano-a-mano on the planet Cybertron between the Autobots, led by Optimus Prime (voiced by Peter Cullen) and his young follower Bumblebee (Dylan O’Brien), and the Decepticons, led by ruthless Shatter (Angela Bassett) and deadly Dropkick (Justin Theroux). 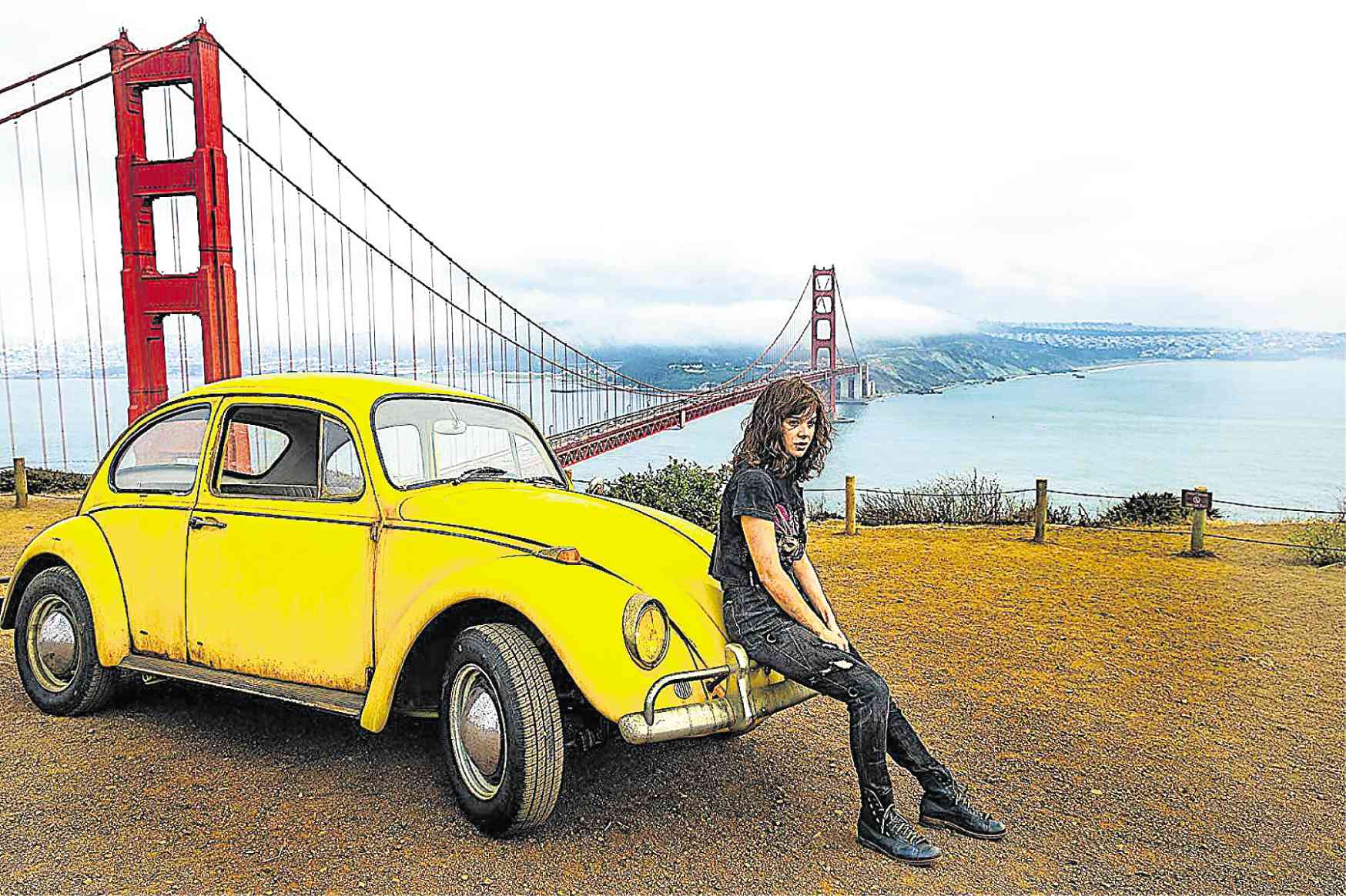 Steinfeld with her character’s 1967 Volkswagen Beetle

“Bumblebee” boasts geek-out moments for nerds who wish to see the titular hero transforming into a yellow 1967 Volkswagen Beetle or a 1977 Chevrolet Camaro, or Optimus Prime morphing into a 1977 Freightliner semitruck, or Shatter taking shape as a Harrier Jump Jet. Certainly, there’s more to appreciate about the film even without those florid robotic distractions.

Ironically, without knowing about it, “The Last Knight” got one thing right when it said that “the key to saving the future of the human race lies buried in the secrets of the past.”

The prequel “Bumblebee” takes place 20 years before the events in 2007’s “Transformers,” which explains why you can hear Howard Jones’ “Things Can Only Get Better,” Duran Duran’s “Save a Prayer,” Steve Winwood’s “Higher Love,” Aha’s “Take on Me” and Tears for Fears’ “Everybody Wants to Rule the World” appropriately blaring in the background. 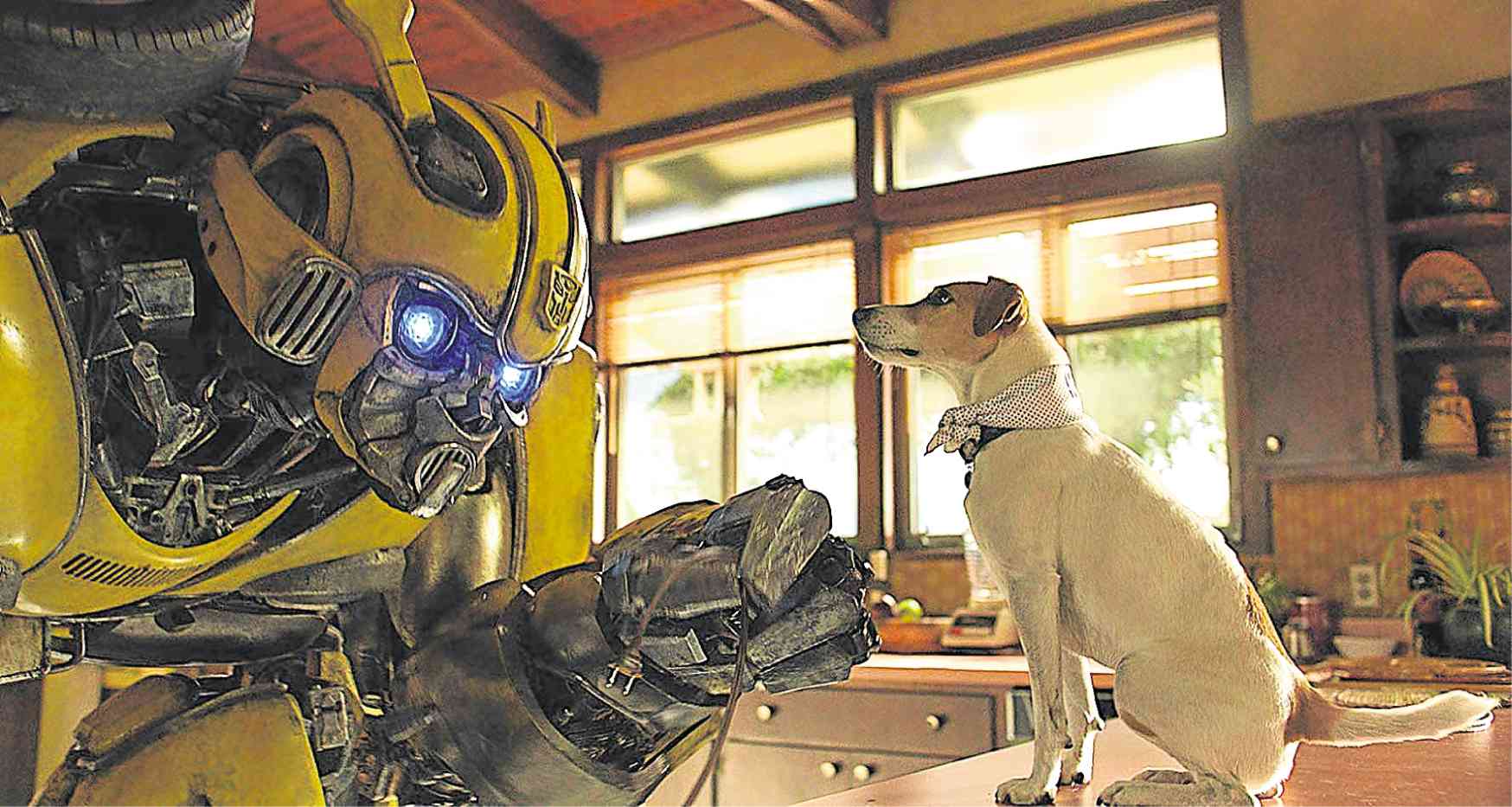 Bumblebee with his canine friend

The movie proves that even robots have “winkingly” idiosyncratic tastes in music—in one scene, for instance, Bumblebee spits out a cassette tape playing Rick Astley’s “Never Gonna Give You Up.”

The film cleverly mines the situational comedy that arises from Charlie’s relationships with the people around her.

It chronicles the friendship forged between 17-going-on-18-year-old Charlie (Hailee) and the broken and battle-scarred Bumblebee, who finds refuge in a used-cars junkyard while he waits for the leaders of the Autobot uprising to regroup on Earth. 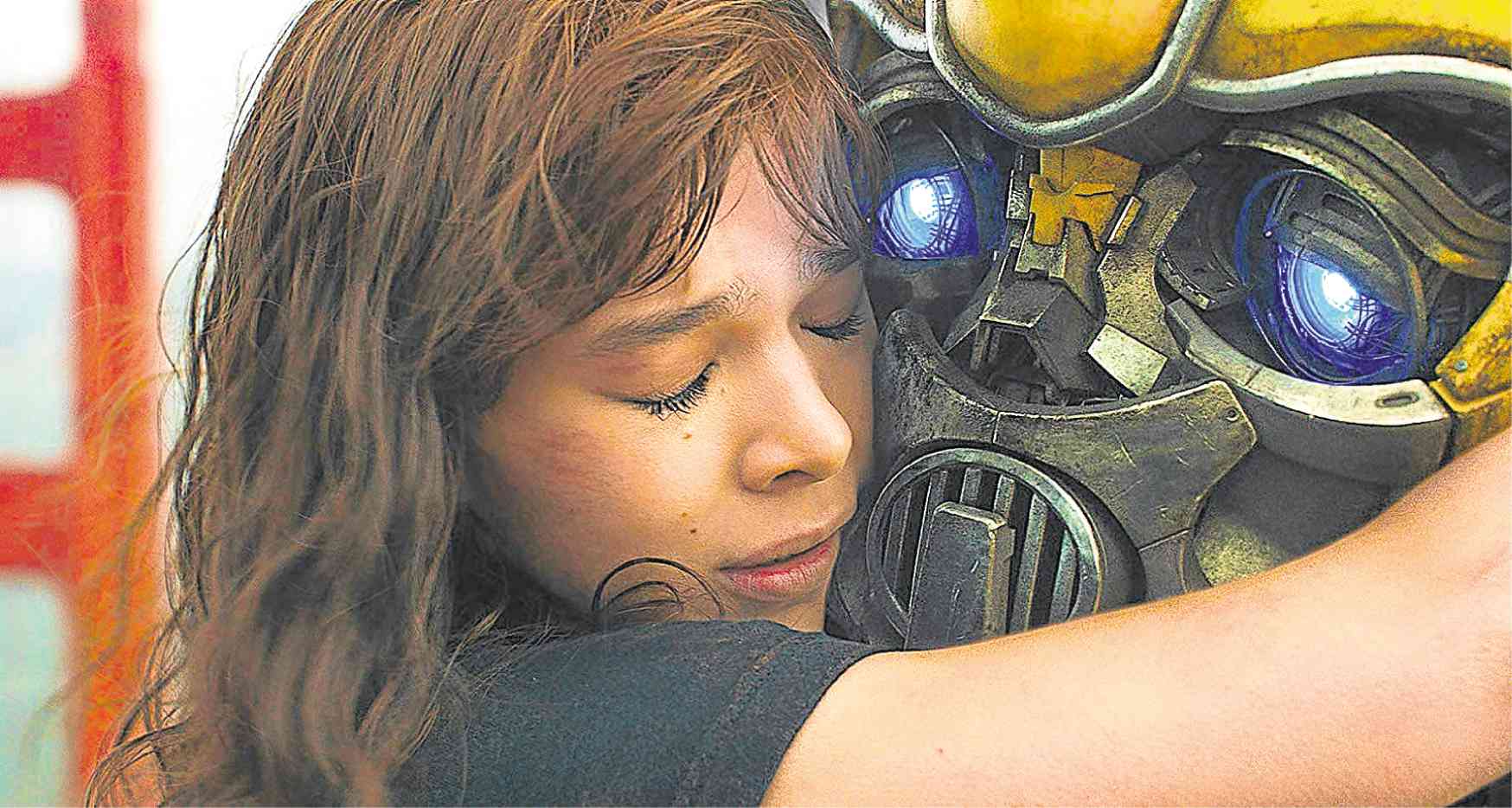 More than its spectacular fight scenes, however, “Bumblebee”  will sweep viewers off their feet as much for its coming-of-age tale as for its relatable story about the kind of friendship that transcends race, gender or ideological persuasions.

Charlie’s struggle to “keep it together” while she comes to terms with the death of her father keeps the film grounded in reality, but it doesn’t hurt that the production has found a way to “soften” Bumblebee’s steel-cold robotic features with sensitive eyes that are made warmer by his heartwarming actions and disarming reactions.

“Bumblebee” will not just keep viewers on the edge of their seat; it’ll make them laugh, cry and rally behind its beleaguered heroes who, despite imperfections, always find their hearts resting on the side of the angels.