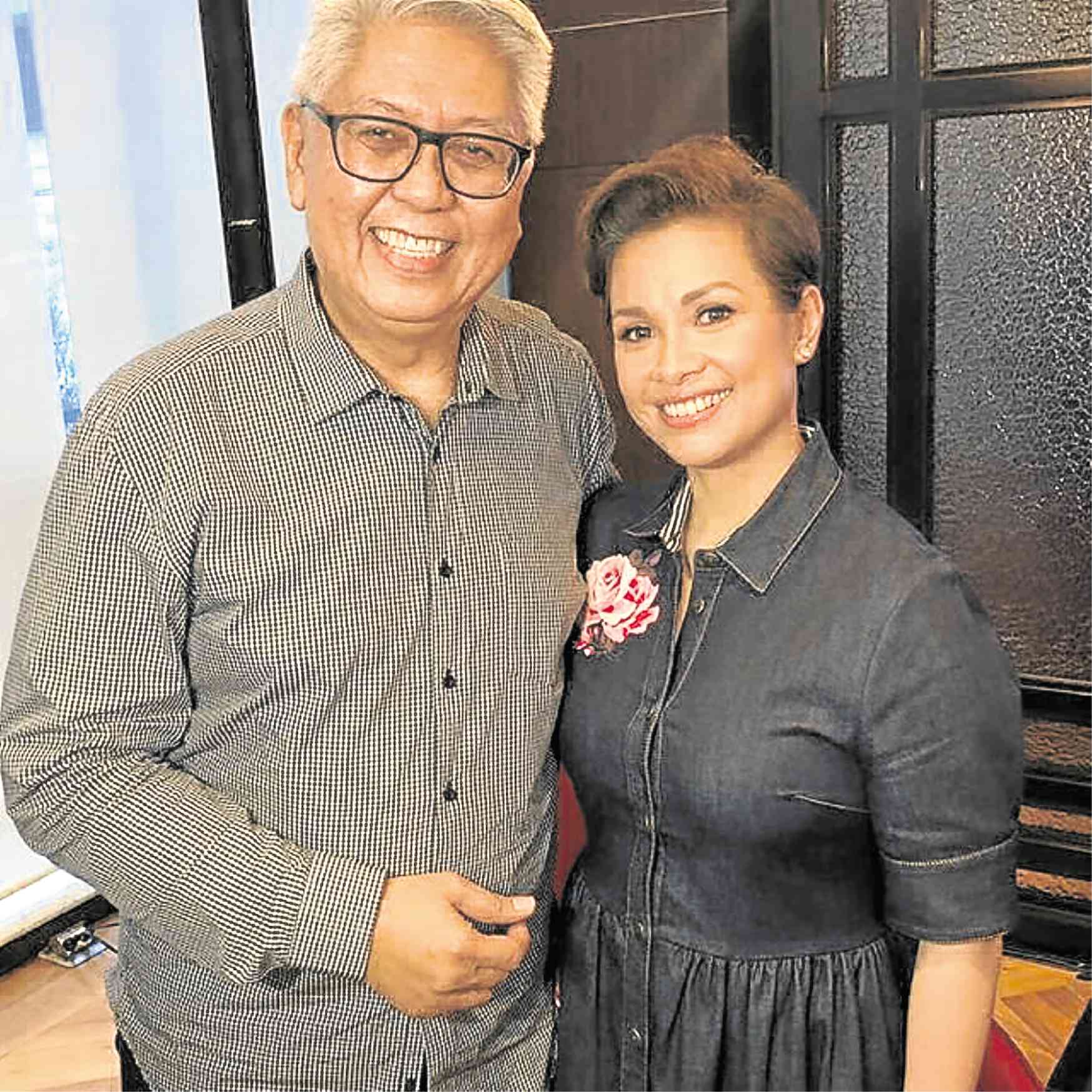 On Oct. 23 last year, a Monday, Ryan Cayabyab received a phone call from the Cultural Center of the Philippines (CCP), telling him that he had to be at the Malacañang Palace on Wednesday. “It’s about the National Artist award,” the voice on the other end of the line said.

“What about the National Artist award?” Cayabyab asked.

“You’re a National Artist,” the representative from CCP, which confers the honor together with the National Commission for Culture and the Arts, stressed.

At that point, the only words the celebrated musician could muster was, “No … really?”

“I’m still not comfortable [with the title],” Cayabyab admitted at a press conference for the music album “Bahaghari”—a collection of Philippine folk and traditional tunes that he curated, and recorded by Lea Salonga. “I don’t think, ‘Wow, I’m a National Artist!’ Walang ganun.”

“Perhaps later on, all these things will start to sink in. But nothing has changed, really,” added Cayabyab, whose body of work encompasses various music genres and art forms, from pop to jazz; film to theater. “I’m still a normal person!”

“Some people get shy or think twice about approaching me. But now, more people are coming up to me, congratulating me and calling me ‘Mr. National Artist,’” he related. “That’s the nice thing.”

While Cayabyab is still quite unsure about what to feel about such monumental achievement, Salonga was ecstatic that her friend and colleague got the honor while he’s still “young and active” in the industry.

“It breaks my heart when this award is given to someone posthumously, like what happened to Larry Alcala (cartoonist, National Artist for Visual Arts),” Salonga said.

“My Facebook feed was the most joyful when news of Mr. C’s inclusion came out. Most of my friends are musicians, so everyone was unanimously ecstatic. And I know many of us were hoping that they don’t wait for someone to die before they give the award.”

The only possible downside of being declared National Artist as a working musician, Cayabyab jested, is that people may stop hiring him and getting his services.

“I’m a commercial artist, and I’m afraid baka mawalan ako ng raket!” he quipped, drawing laughter. “They may think that I will now start charging more money because I’m a National Artist. But no, I still have to work … to live!”

For “Bahaghari,” for instance, Cayabyab assembled a pool of traditional songs from different regions in the country, and in various Filipino languages. “Aside from Tagalog pieces, we also have songs in Bisaya, Hiligaynon, Kapampangan, Bikol, Ilocano, etc.,” he said of the 15-track album, which is meant ‘to present the rich and colorful’ music of the Philippines.”

The arrangements are “light” and “modern,” Cayabyab said, because the album is targeted toward young listeners.

“Our target audience is young, so I looked for young musicians and arrangers to help work on this project. We want the music to connect with the youth, so it made sense to get budding composers, who share the same musical idiom as listeners their age,” Cayabyab related.

Salonga, on the other hand, said that working on the album was “challenging, difficult,” but nonetheless a “wonderful experience.”

“The album could also be a nice educational tool,” she added. “I hope people give this a listen—if only to discover what our neighbors are trying to say through their songs.”