Alfonso Cuaron and his film ‘Roma’ win at Golden Globes 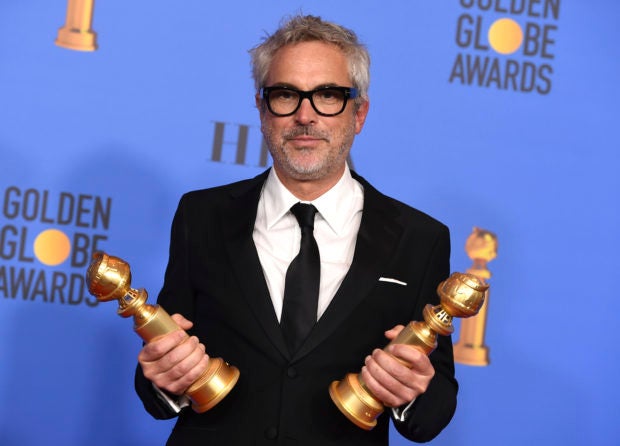 Cuaron based the film on a nanny who raised him in the 1970s in Mexico and he said during his acceptance speech on Sunday night that he was in awe of the film’s two lead actresses, Marina de Tavira and Yalitza Aparicio.

The black-and-white period piece set in Mexico City likely would have been a favorite for the best drama picture, but the awards’ rules made it ineligible. “Roma” beat out the other nominees including the Japanese film “Shoplifters”, the Lebanese film “Capernaum”, the Belgium film “Girl”, and the German film “Never Look Away”.

The Oscar-winning Mexican director spoke about how the best cinema “tears down walls and builds bridges” to other cultures.

“These experiences and these new shapes and these new faces, we begin to realize that while they may seem strange, they are not unfamiliar,” Cuaron said. “We begin to understand exactly how much we have in common.”

After accepting the award for best directing later in the awards ceremony, he thanked those who brought this “very unlikely film into mainstream awareness.” He said the film was shaped by his nanny that inspired the film, his family, his mother and his country.

“Roma” is on a shortlist for the Academy Awards foreign language film category and many believe the film also to be a front-runner for a best picture nomination as well. CC