BTS teams up with Barbie-maker for new line of dolls 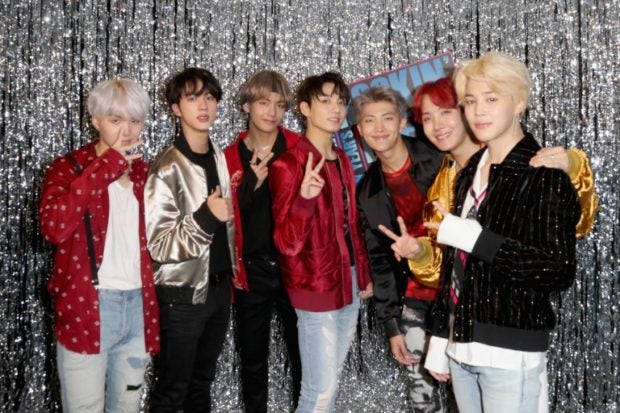 Sharing a text photo with the words “BTS DOLLS OFFICIAL” written on a pink-violet background and reminiscent of the group’s 2018 “Love Yourself: Answer” album, the toy manufacturer took BTS fans by surprise.

While both parties have yet to reveal details on the latest project, the company said in the comments section of the post that the doll will be sold globally. 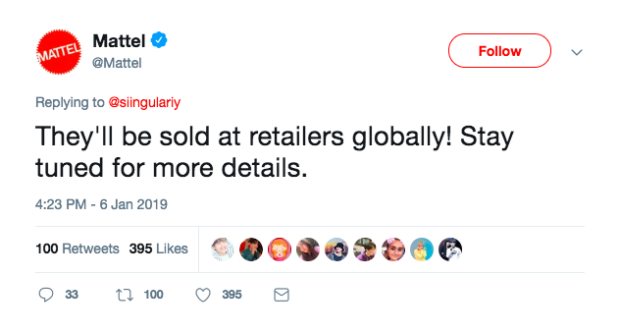 In a reply to a BTS fan asking whether the upcoming line will resemble that of the style of Barbie dolls or “[doll-like] figures,” the toy manufacturer opted to remain mysterious. “They’re not Barbie or Ken dolls — these are a new line of Mattel dolls!” the company said.

They're not Barbie or Ken dolls — these are a new line of Mattel dolls! Stay tuned for more info.

Needless to say, BTS fans were ecstatic upon learning that they can get their hands on dolls that resemble the seven members of the group — RM, Jin, Suga, J-Hope, Jimin, V and Jungkook.

However, some fans could not help but worry that the toy manufacturer will not be able to successfully copy the features of the seven members. One fan went as far as to share a photo of the Emma Watson doll for the Disney’s live-action film “Beauty and the Beast” that drew ire from netizens for supposedly resembling Justin Bieber, Jennifer Garner and Caitlyn Jenner.

Another fan, @I_LiveSo_I_Love, stated s/he will file charges if the dolls “aren’t correct.”

If the dolls aren't correct we will file complaints

I'm just going to throw this out there and I'm not trying to be too dramatic but this is huge in the name of representation. Having dolls that children can see that represent young Korean men is a big deal. Its important for young people especially within the Asian community. 💜

“I’m just going to throw this out there and I’m not trying to be too dramatic but this is huge in the name of representation,” the fan said. “Having dolls that children can see that represent young Korean men is a big deal. Its important for young people especially within the Asian community.” JB

Screening of BTS film axed in Russia for being ‘gay’