Alex Diaz shares his side of Tony's 'outburst' | Inquirer Entertainment 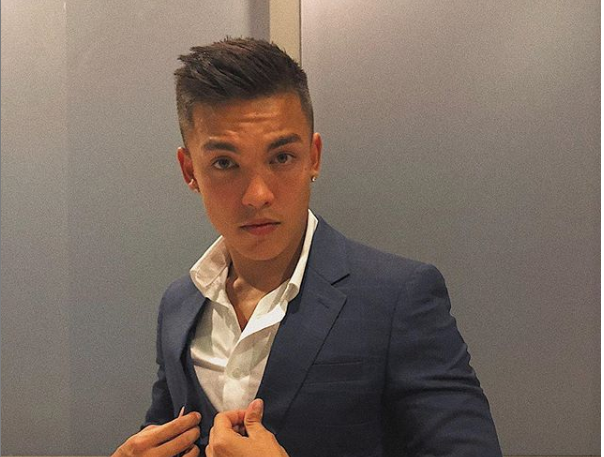 Alex Diaz shared his side of what happened when Tony Labrusca allegedly had an outburst at an immigration officer at the Ninoy Aquino International Airport (Naia) Terminal 1.

Labrusca was recently in hot water after he reportedly shouted at the officer for giving him only 30 days in the country. This led the Bureau of Immigration to warn foreign nationals that they may be blacklisted in the Philippines if they show disrespect to its personnel.

The Kapamilya actor, who was with Labrusca when they arrived from Canada, said he was a witness at the immigration and “saw the whole thing go down.” This he said in a series of Twitter posts Friday.

“@tonythesharky (Labrusca) wasn’t the only one at fault but he was made to look like the bad guy when both sides had faults,” Diaz added.

I was also at immigration & saw the whole thing go down. So trust me when I say kudos to you homie for rising above it. @tonythesharky wasn’t the only one at fault but he was made to look like the bad guy when both sides had faults. Proud of you homie. ps bungee jumping was epic pic.twitter.com/GW58Ks0OAy

He pointed out that nobody mentioned that Labrusca was going to have a private conversation with the immigration supervisor. Diaz also revealed that three other officers went to him trying to “fish information” on what was happening, with the superior repeatedly telling them to leave the office.

“I don’t think that’s their job,” Diaz said about the three officers.

Nobody mentioned the fact that while Tony was supposed to be having a private conversation with the Superior I.O 3 I.O’s came into the office and approached me on the couch trying to fish for information as to what was happening. I dont think thats their job.

Diaz also shared that when he first left the country, he had an encounter with a “not-so friendly” officer who saw his Canadian passport. “Oh anong gusto mong gawin ko dito (Oh, what do you want me to do with this)?” the officer reportedly told Diaz, with the actor noting he said it in a sarcastic tone.

“Immigration [isn’t] [sunny] and [pleasant] by any stretch of the imagination,” he expressed.

or that i was also met with a not so friendly i.o at immigration leaving the country who saw my canadian passport and said “Oh anong gusto mong gawin ko dito?” in a sarcastic tone until i pulled up my Filipino Passport. Immigration isnt ☀️ and 💐by any stretch of the imagination

“Everyone is human and capable of mistakes even Tony who got heated and these IO’s who claimed not to know who he was at all but proceeded to blast him on social media right off the bat,” Diaz said his last words on the matter. “Sana (I hope) we hunt for both sides always before passing judgement, slandering or defaming people.”

Everyone is human and capable of mistakes even Tony who got heated and these IO’s who claimed not to know who he was at all but proceeded to blast him on social media right off the bat. Sana we hunt for both sides always before passing judgement, slandering or defaming people.

Labrusca on Friday night issued an apology for his behavior, adding he was unaware of the Immigration policy on Balikbayan Privilege—which qualifies for one year and is “exclusively given to former Filipinos naturalized abroad and their spouse and children who are traveling with them.”  /ra