In an Instagram post late Sunday, Davila shared a photo of her with Sanchez during the birthday party of magazine editor Anton San Diego.

In Davila’s post, she captioned their photo with: “#MerryChristmas ?? Great way to end 2018! Resolution for 2019: Paano pumayat ng ganito ??”

Sanchez also posted a photo of her with Davila quashing any rumored issues in the past between the two.

She shared their photo, this time from a different angle, with the caption: “I guess urban legend can indeed precede reality. Karen and I have worked in ABSCBN together for decades. And there is no issue whatsoever.”

I guess urban legend can indeed precede reality. Karen and I have worked in ABSCBN together for decades. And there is no issue whatsoever. 💚

Fans of the Davila and Sanchez commented on the former’s post with some even suggesting a collaboration between the two television household names. /atm 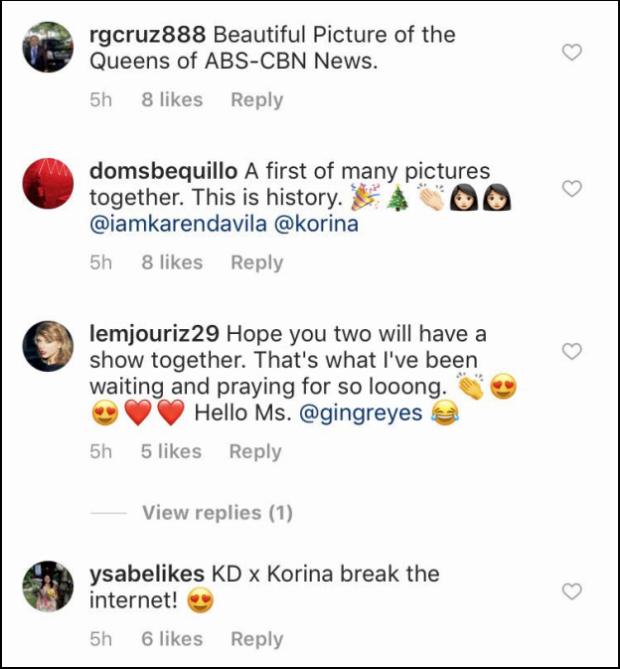 Screenshot of comments on photo of Korina Sanchez with Karen Davila