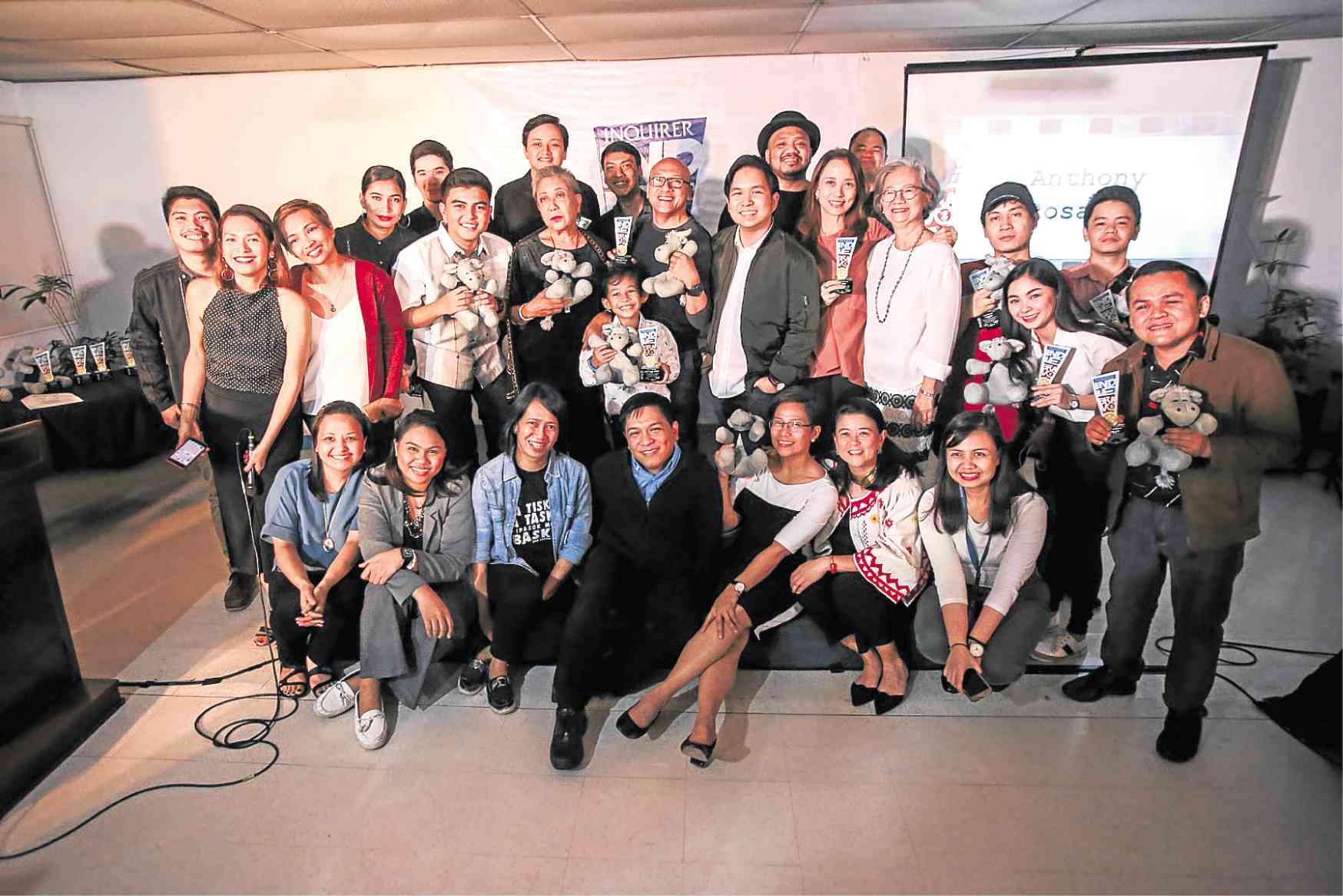 Whenever Filipino movies won awards or got featured in festivals abroad, chances are their directors, producers or actors would wake up the next day to an inbox full of congratulatory messages and requests for interviews from the late Inquirer Entertainment journalist Bayan San Diego Jr., who—until his last day—tirelessly chronicled the journeys and triumphs of our local filmmakers.

As the multi-awarded auteur Lav Diaz said in a letter read at the 9th Inquirer Indie Bravo! Awards last Thursday, there’s much to be said about Bayani—his kindness, heroism and devotion for Philippine cinema and culture. But there was one thing in particular that seemed to have caught Lav’s amusement.

“Ang kanyang kakulitan,” he said of Bayani, who died of cardiopulmonary attack last October, at the age of 48.

“I was at the Pingyao International Film Festival (in China) a couple of days before he passed, and he kept on bugging me that I answer the questionnaire he had sent. He told me he was attending the Tokyo International Film Festival, and that he would come out with the story once he’s there … In the end, I relented to his persistence,” he related. 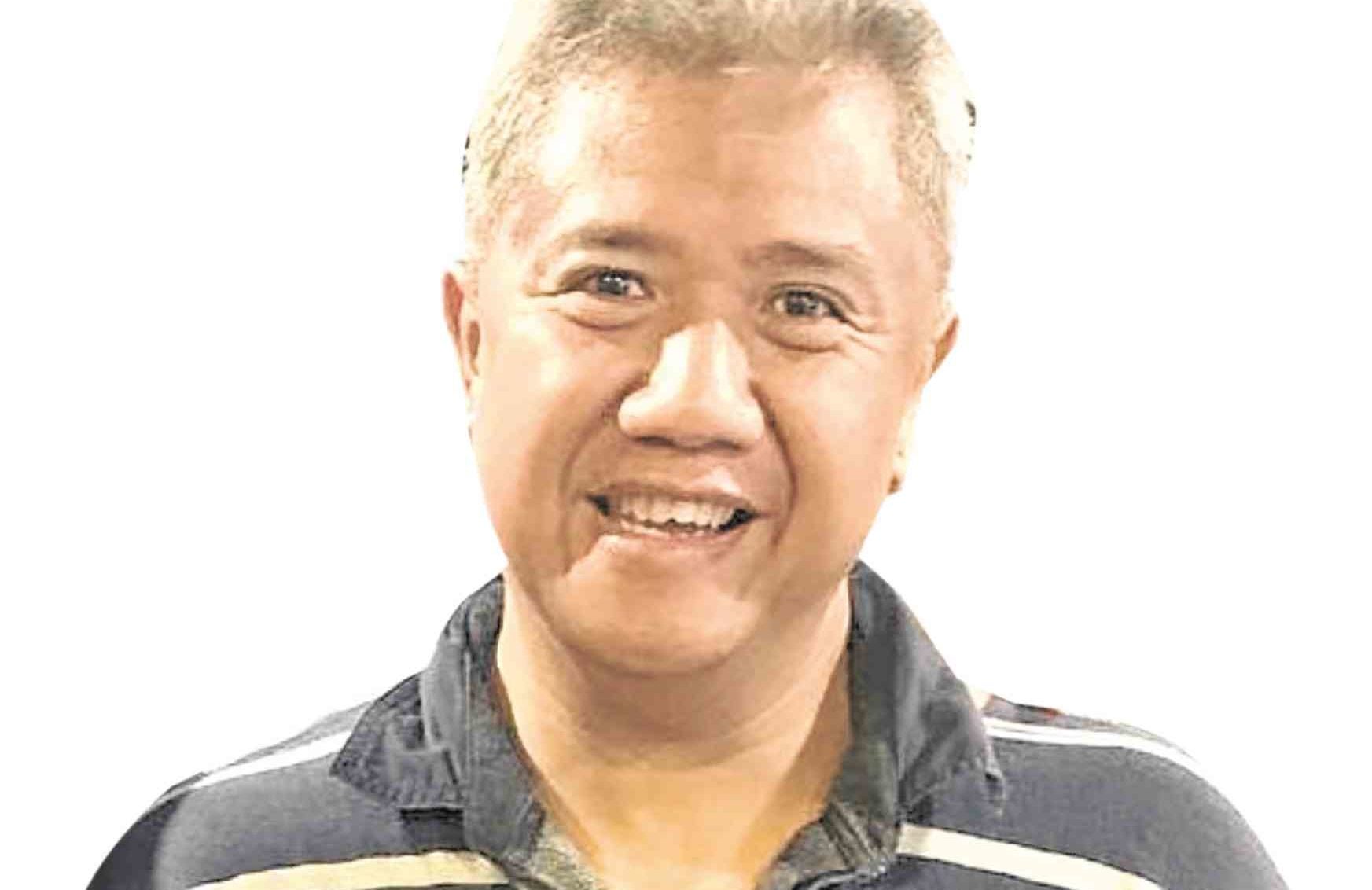 “He had sent me a text a day before he passed, asking how I was doing,” added Lav, who was one of this year’s honorees for the international successes of his film, “Panahon ng Halimaw.” “I replied to his message at around dawn, not knowing he was already gone by then.”
Lav said he couldn’t attend the show because he was rushing to finish his new film with Shaina Magdayao.

The simple ceremony, held at the Inquirer office in Makati City, doubled as a tribute to Bayani and his contributions to the Filipino independent filmmaking community, which used to hardly or rarely ping the radar of mainstream media.

A slideshow of Bayani’s photos—contributed by family and close friends—was played as singer Dessa performed a moving rendition of “Saan Ka Man Naroroon.” Dessa also sang two other songs during the tribute—“Rise Up” and “Lipad ng Pangarap. ” 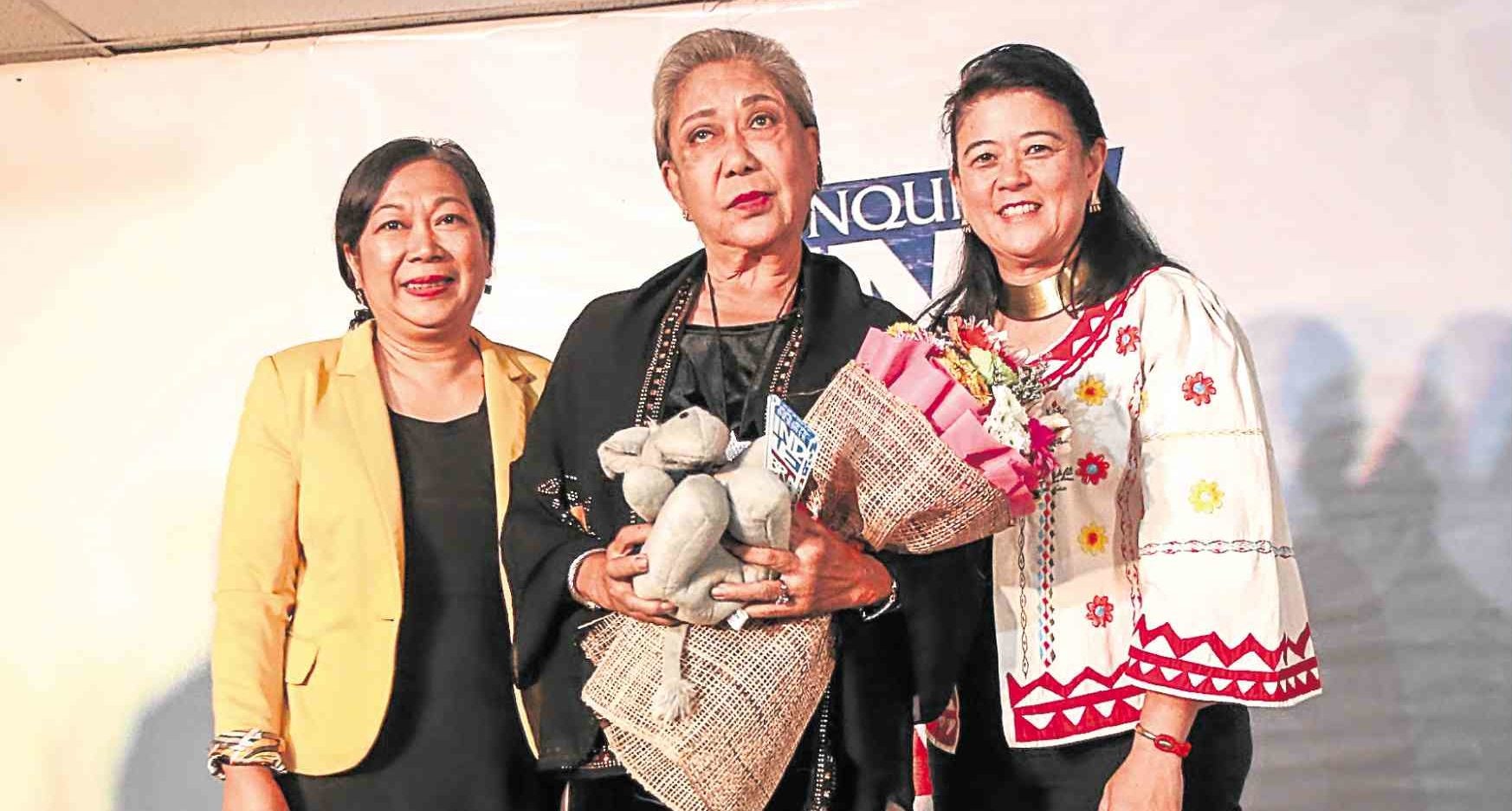 When a photo of Bayani—all smiles in front of the Louvre in Paris in 2008 flashed onscreen—guest Martin Macalintal, audio-visual attaché of the French embassy, couldn’t help but tear up, and asked if he may share a few words with the rest of the night’s honorees.

“I won’t forget that photo, because it was taken during my birthday. We were together for the 2008 Paris Cinema Festival, which then paid tribute to Philippine cinema. “We had grown close since then,” said Martin who, like Lav, was the subject of Bayani’s kakulitan.

“I would wake up and see his messages, asking how our delegates are doing in festivals in France, like Cannes. He would ask, ‘Mart, is this true?’ ‘Mart, what happened.’ And I admired that about him,” he said. “He knew everything happening on the filmmaking scene. He was so focused on what he did.” 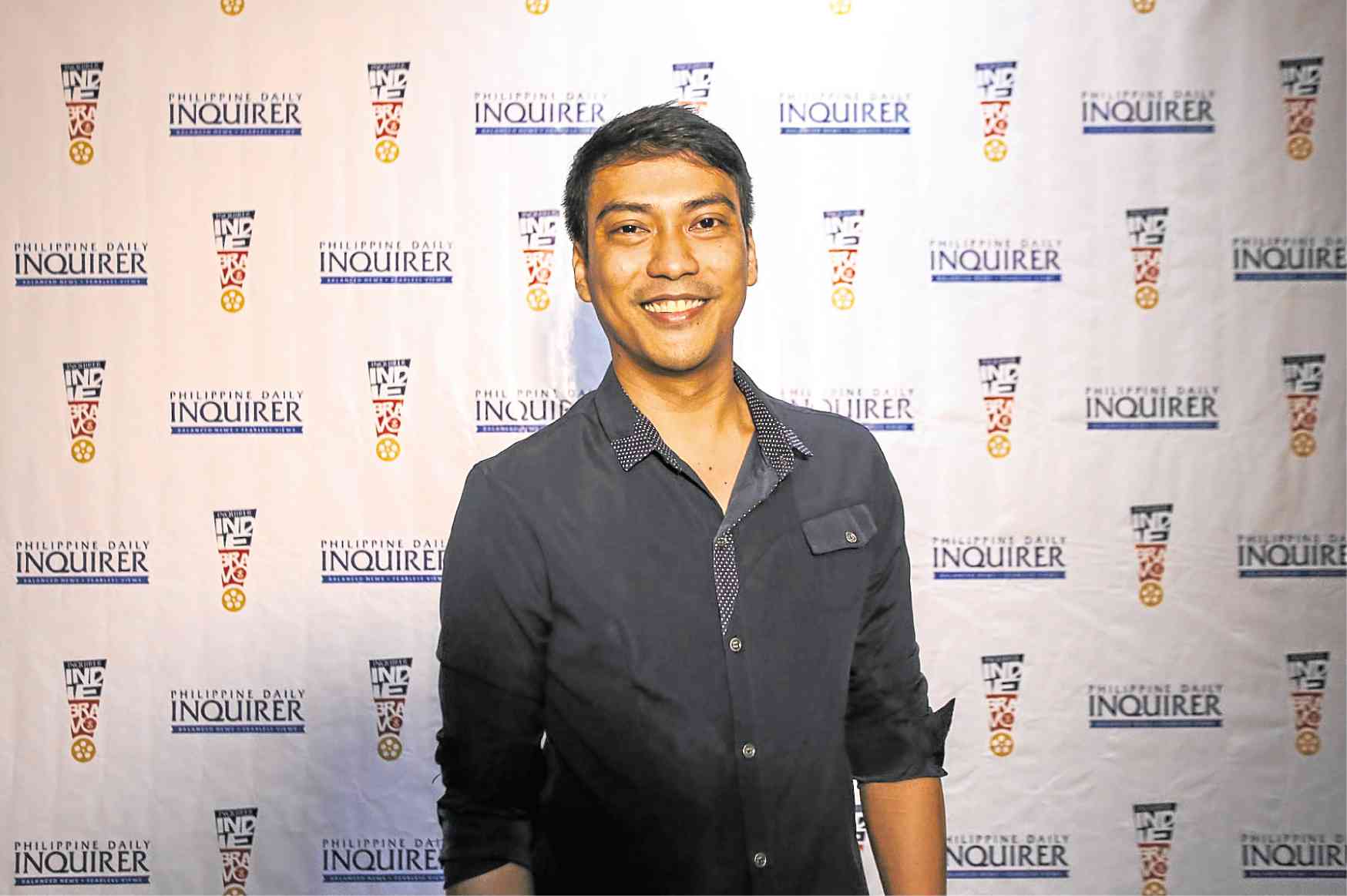 Actress Ryza Cenon, a first-time honoree, recounted that it was Bayani who got in touch with her first, when she won the Yakushi Pearl Award for best performer at the 13th Osaka Asian Festival in Japan.

“He was quick to contact my director, Sigrid Andrea Bernardo, when he heard about my win. He was the first to write a story about it,” Ryza said after accepting her trophy. “I told him that I brought home the pearl of the Philippines.”

Ryza was one of the first honorees to arrive. We heard no complaints from the lead actress of “Mr. and Mrs. Cruz” even though she was the program’s last honoree. 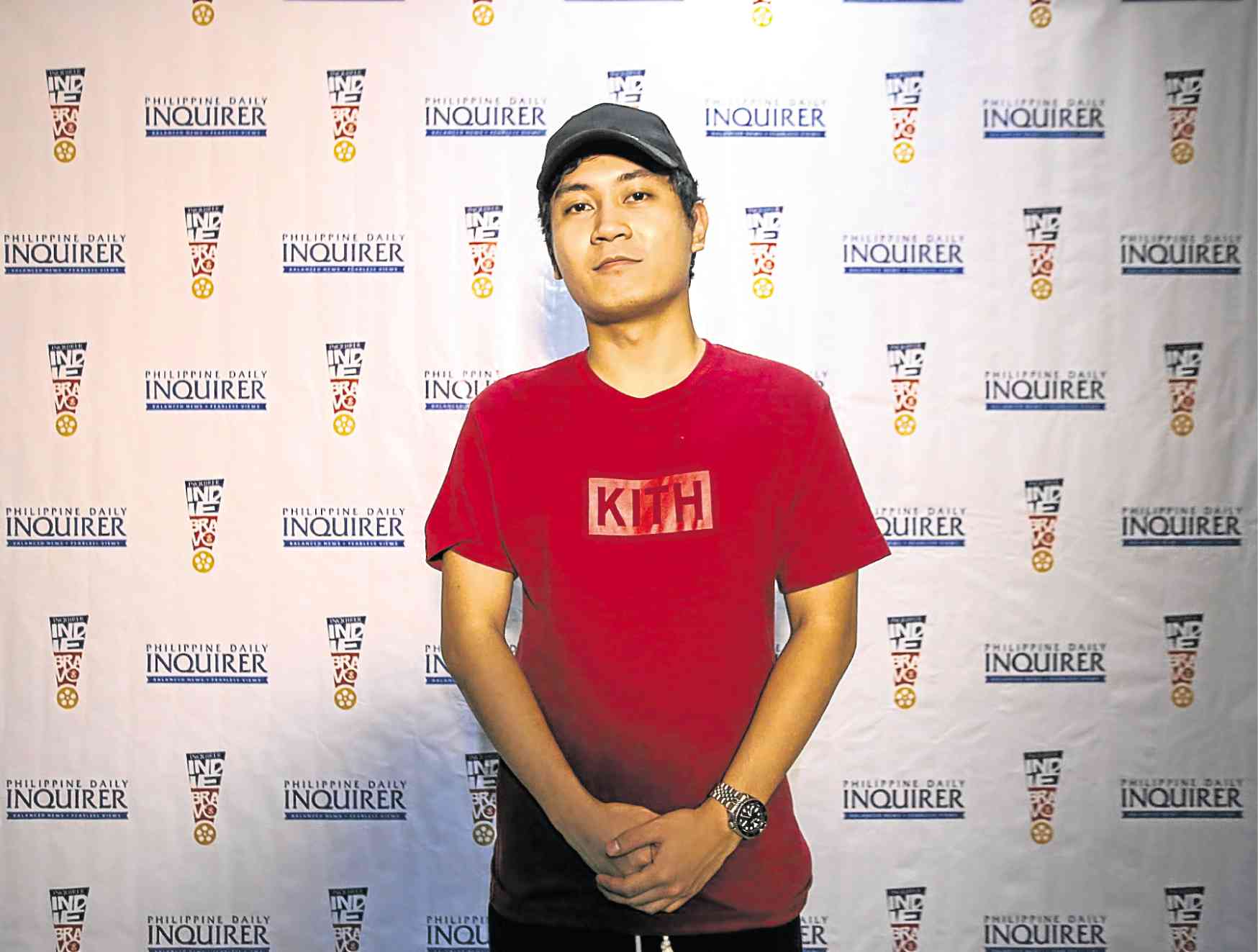 “He always supported and followed my work, as it won awards abroad,” Andrea said. “I never got the chance to see him, but I feel he’s in this room.”

Meanwhile, veteran actress and former ABS-CBN president Charo Santos-Concio, an honoree last year and one of Bayani’s most cherished sources, sent a video message, recognizing the “enthusiasm and dedication” with which the journalist “tracked stories and covered major developments.”

“Thank you,” she said, “for giving indies a voice in mainstream media.”

The night Inquirer Entertainment staged its 9th Indie Bravo! Awards show was one of the busiest for industry people.

We knew of at least three other show biz gatherings happening at the same time that we were honoring 26 Filipino artists—and one Italian—for representing the Philippines in the international film circuit. 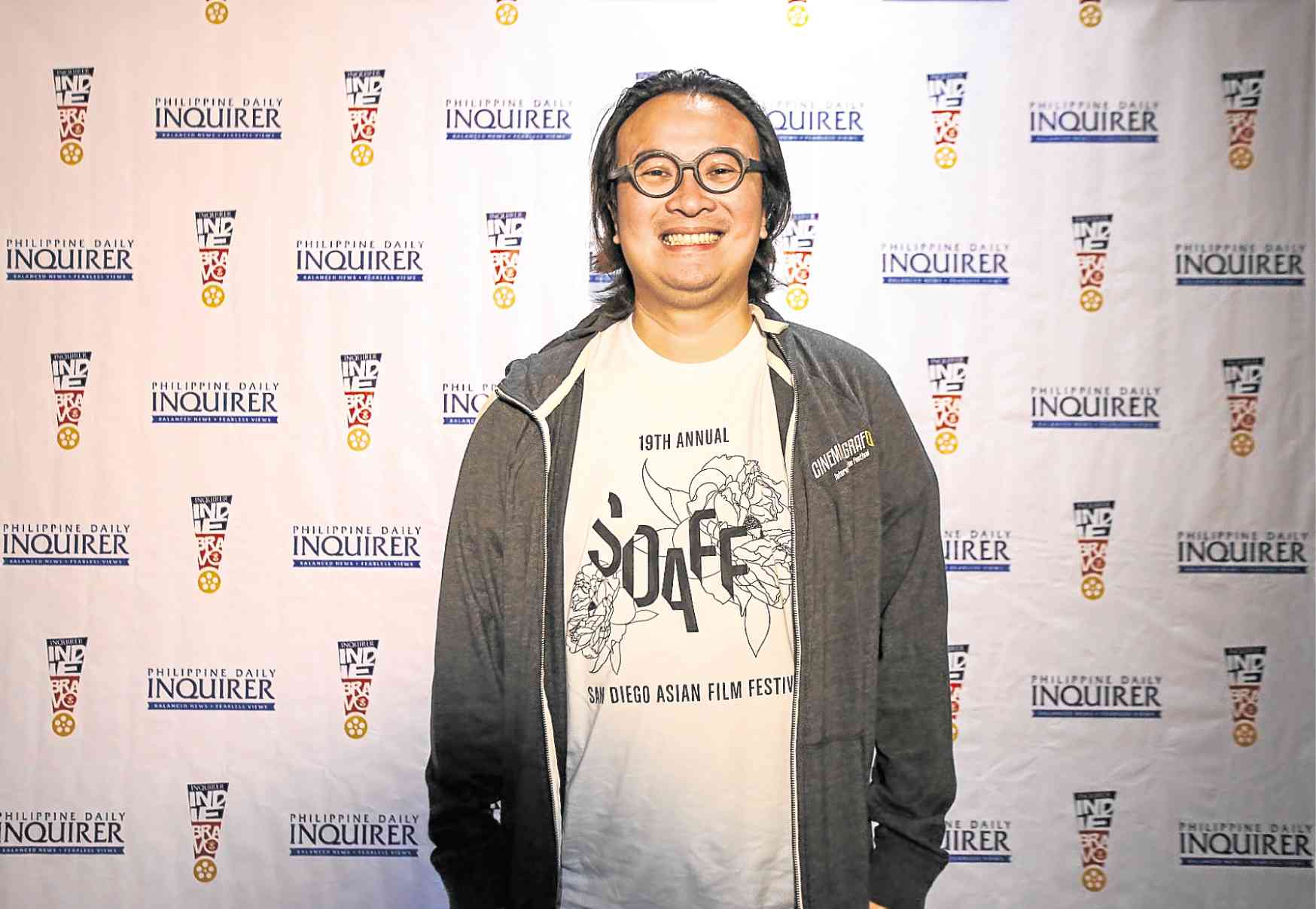 It also did not help that traffic was terribly slow that night. A filmmaker, who earlier expressed the desire to attend, got stuck somewhere in Pasig City and simply decided to go back home.

A film blogger arrived at the venue 30 minutes after the show concluded.

Still, over a hundred people showed up to participate in the two-hour awards ceremony that we cohosted with Inquirer Entertainment section editor Rito Asilo.

In fact, of the seven actor honorees—whom we know keep a very tight schedule, only one failed to show up. 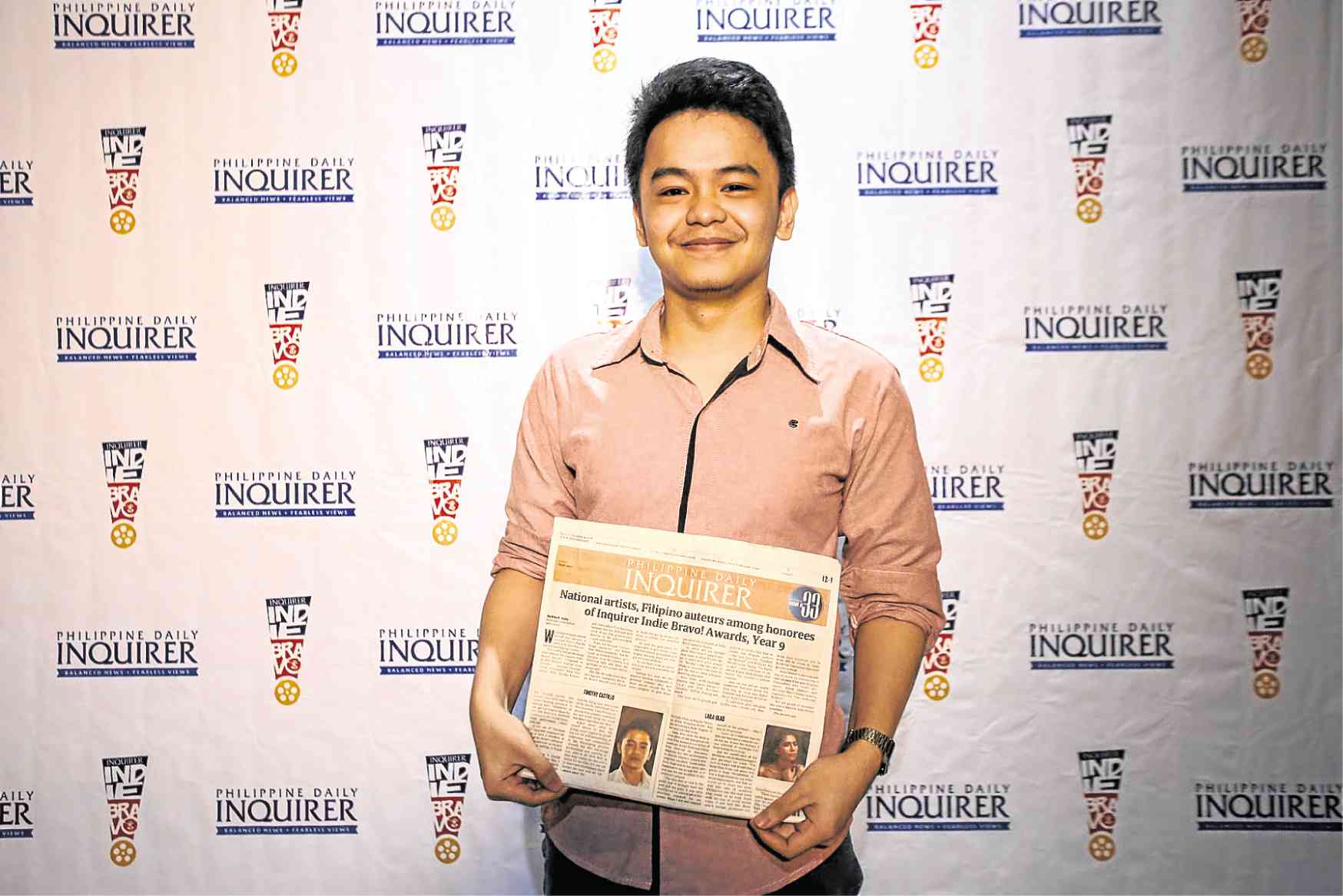 Laila Ulao, who is based in Zamboanga Sibugay, made sure to fly to Manila the day before, so she could physically accept her trophy. The “Women of the Weeping River” lead actress flew home in the afternoon of the following day.

“We’ve always given our full support (to the indie filmmakers),” declared Inquirer president and CEO Sandy Prieto-Romualdez, who helped present the trophies to the honorees.

“Continue to inspire future generations with stories we’d love to go back to over and over again,” said Sandy. “Carry on the fire, the passion that drives you to do whatever you love to do.”

Jerome Remigio, manager of actor Christian Bables, kept apologizing to the Inquirer because they did not make it to the show on time. 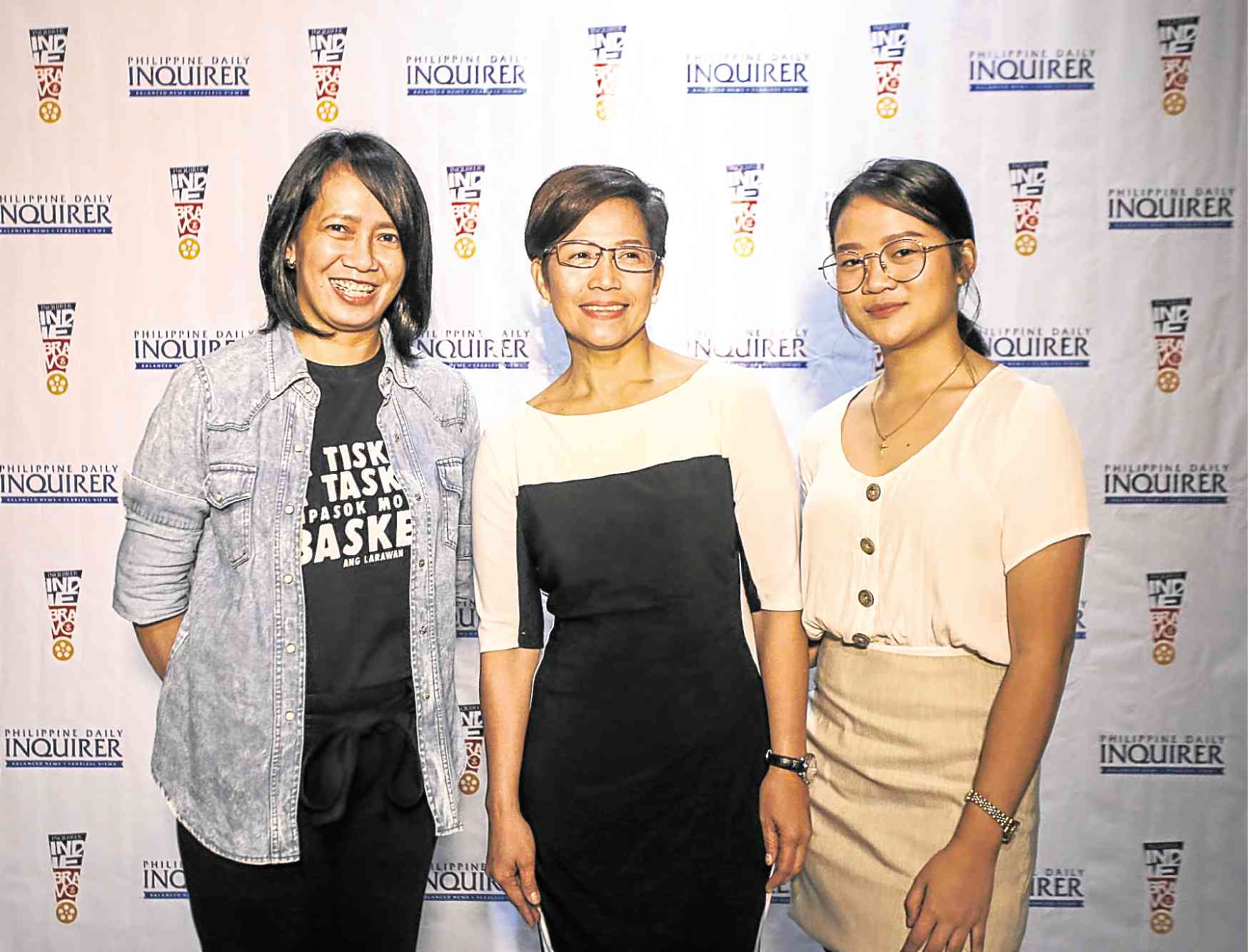 Once there, he requested that Christian’s name be called earlier than scheduled because the “Signal Rock” star still had another event to go to.

However, Christian must have enjoyed spending time with his colleagues that he still chose to stay until the end of the ceremony.

Veteran actress Odette Khan said she was grateful to the Inquirer Entertainment team for making sure she was fetched and brought back to her home in San Pedro City. 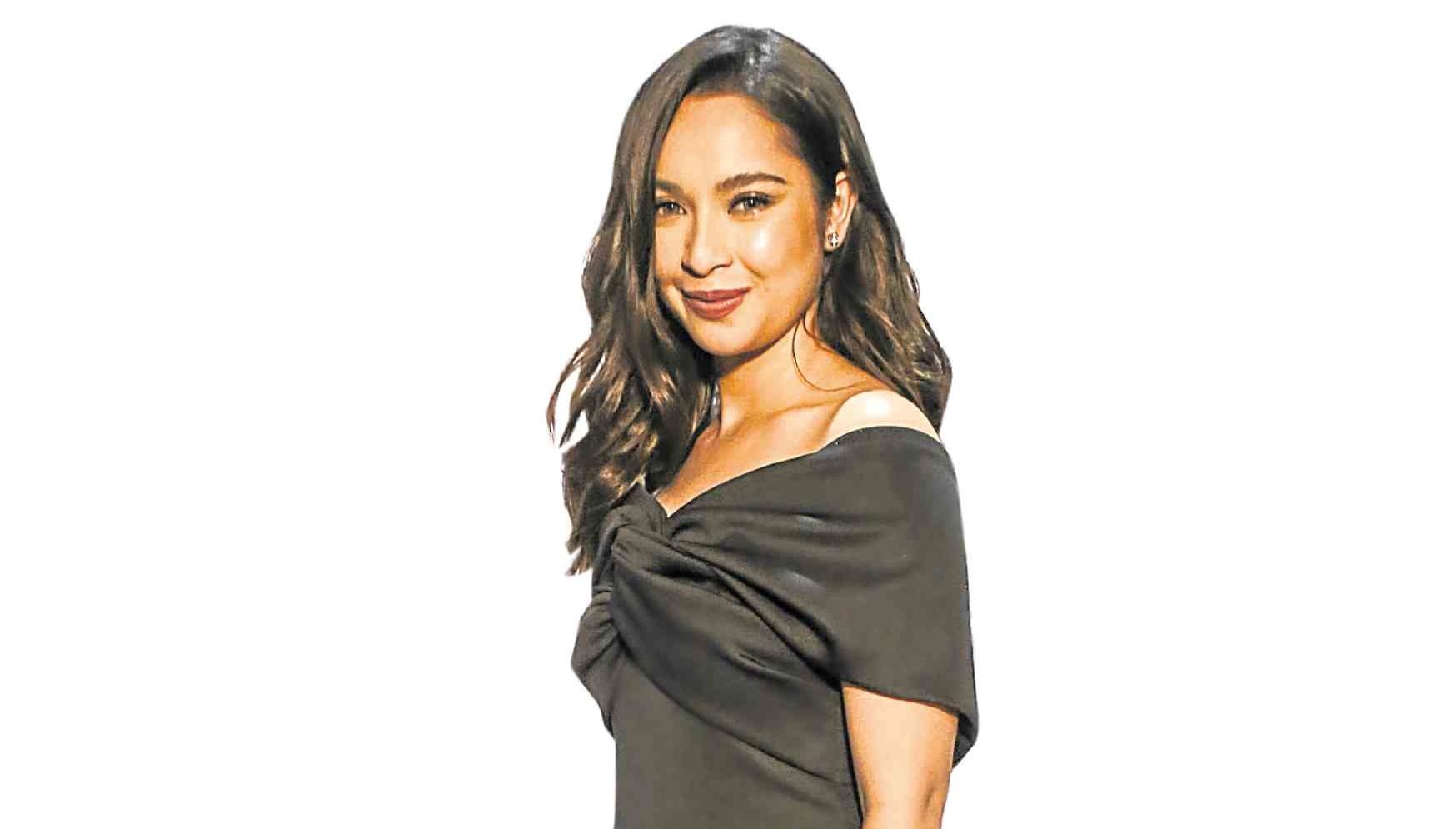 Nico Nicolas, finalist of ABS-CBN’s “Pinoy Boyband PH,” sang the opening number, while Anthony Rosaldo, a finalist of GMA 7’s “The Clash,” did the closing number.

Film archivist and curator Teddy Co said he made sure to attend the show because “it’s a good way to reminisce about Bayani and what he did to promote the boom in Philippine cinema that we’re all commemorating right now.”

He added that “very often, it is through the pages of the Inquirer that we first get to know about new films and filmmakers making waves on the film scene.” 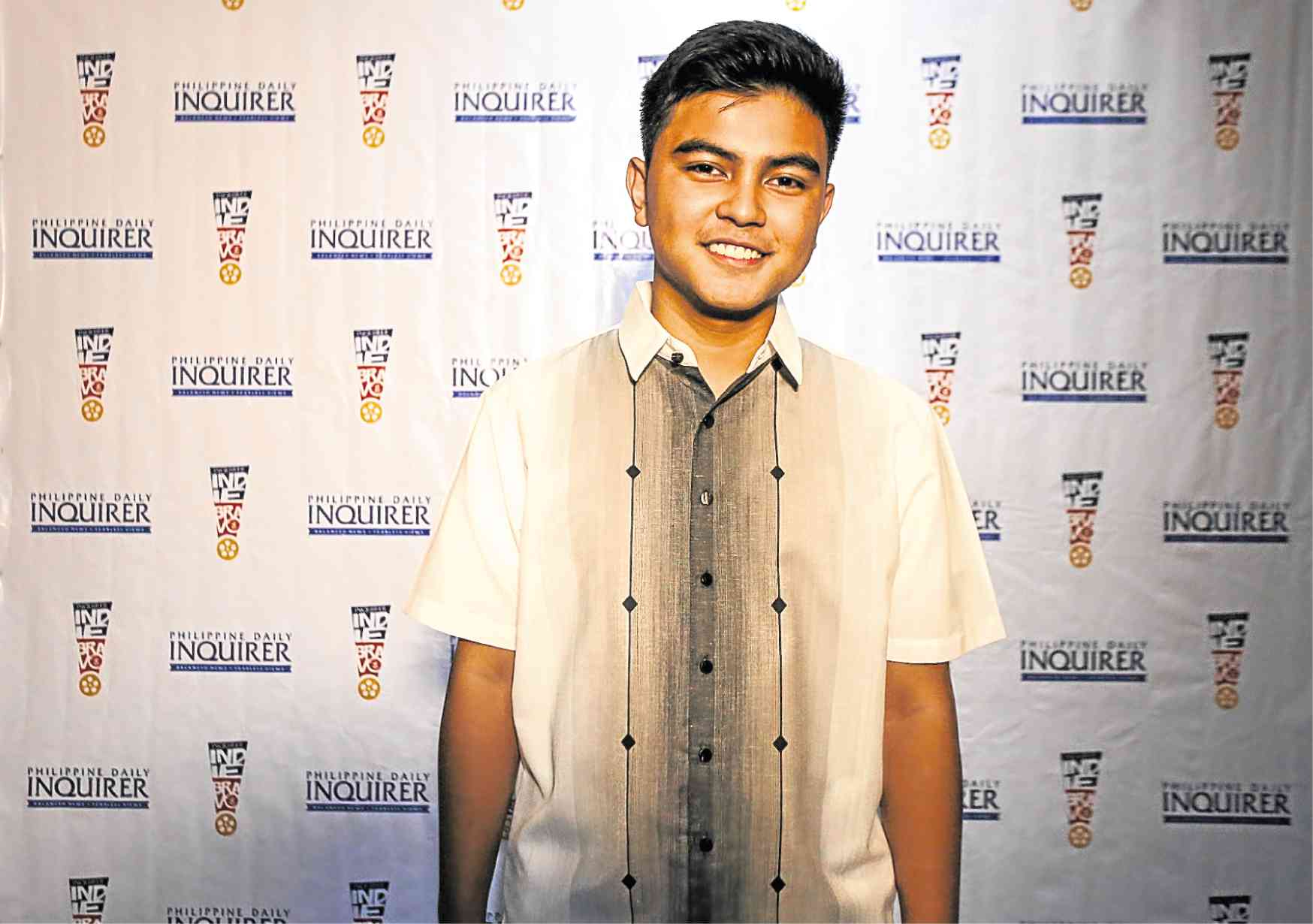 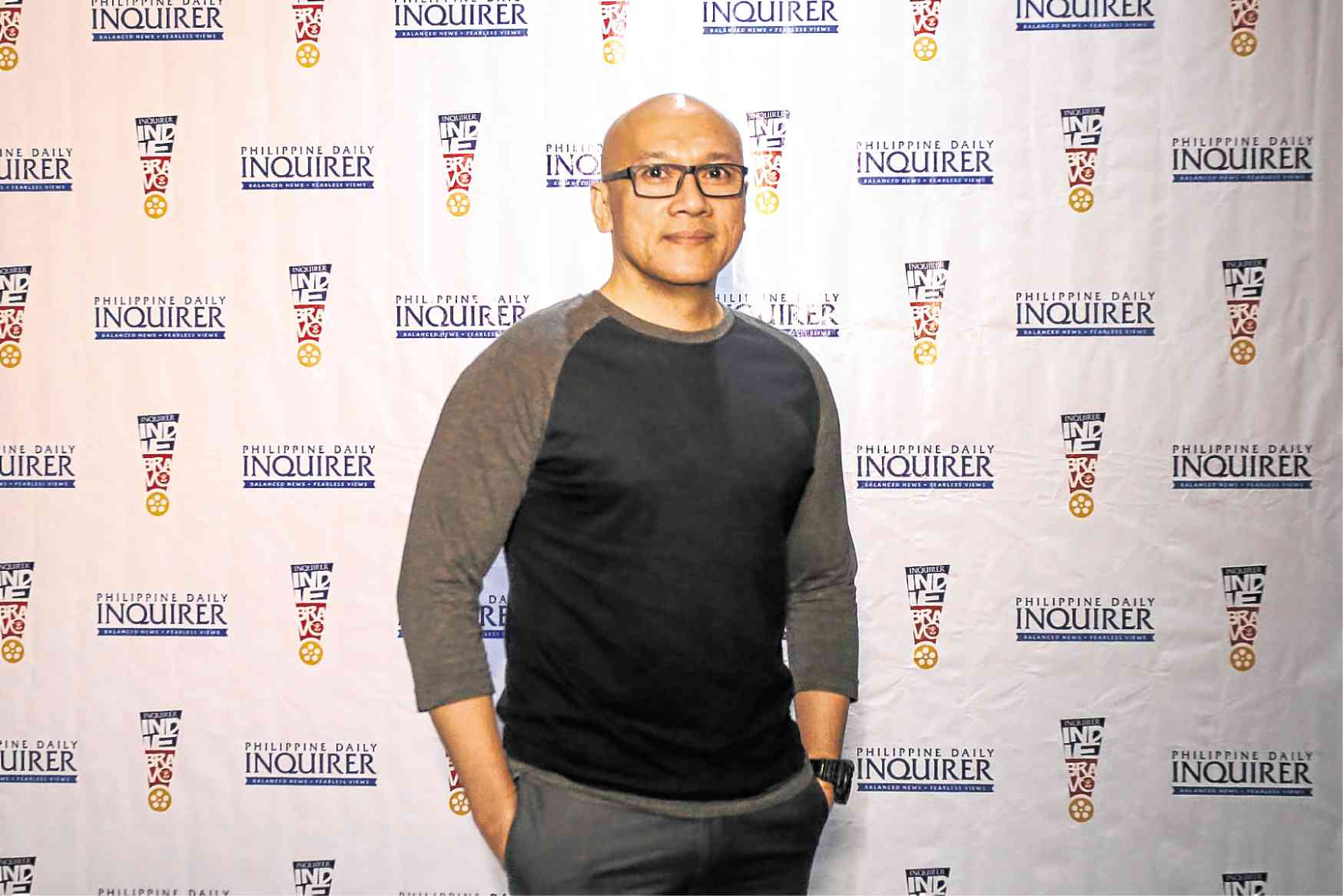 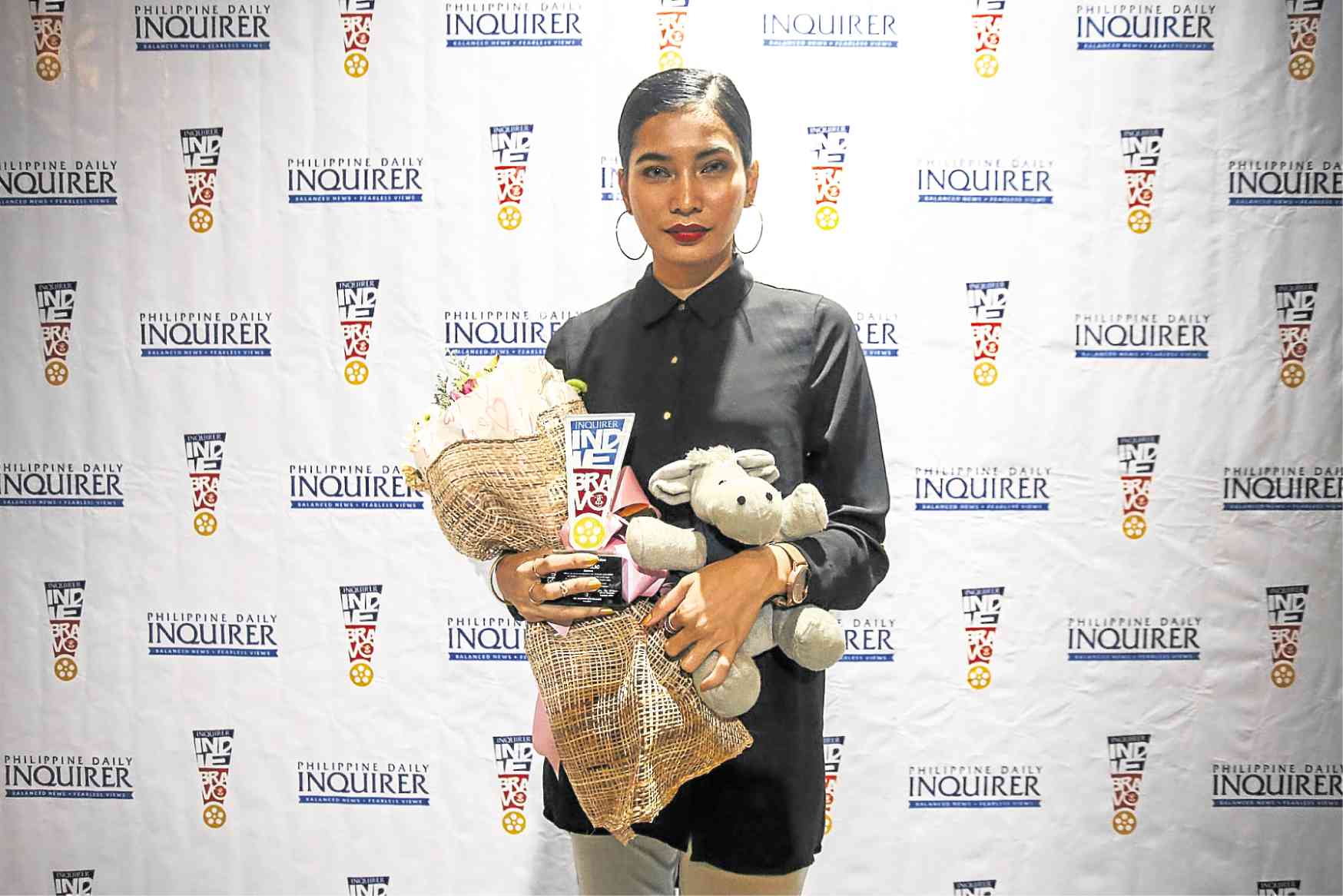 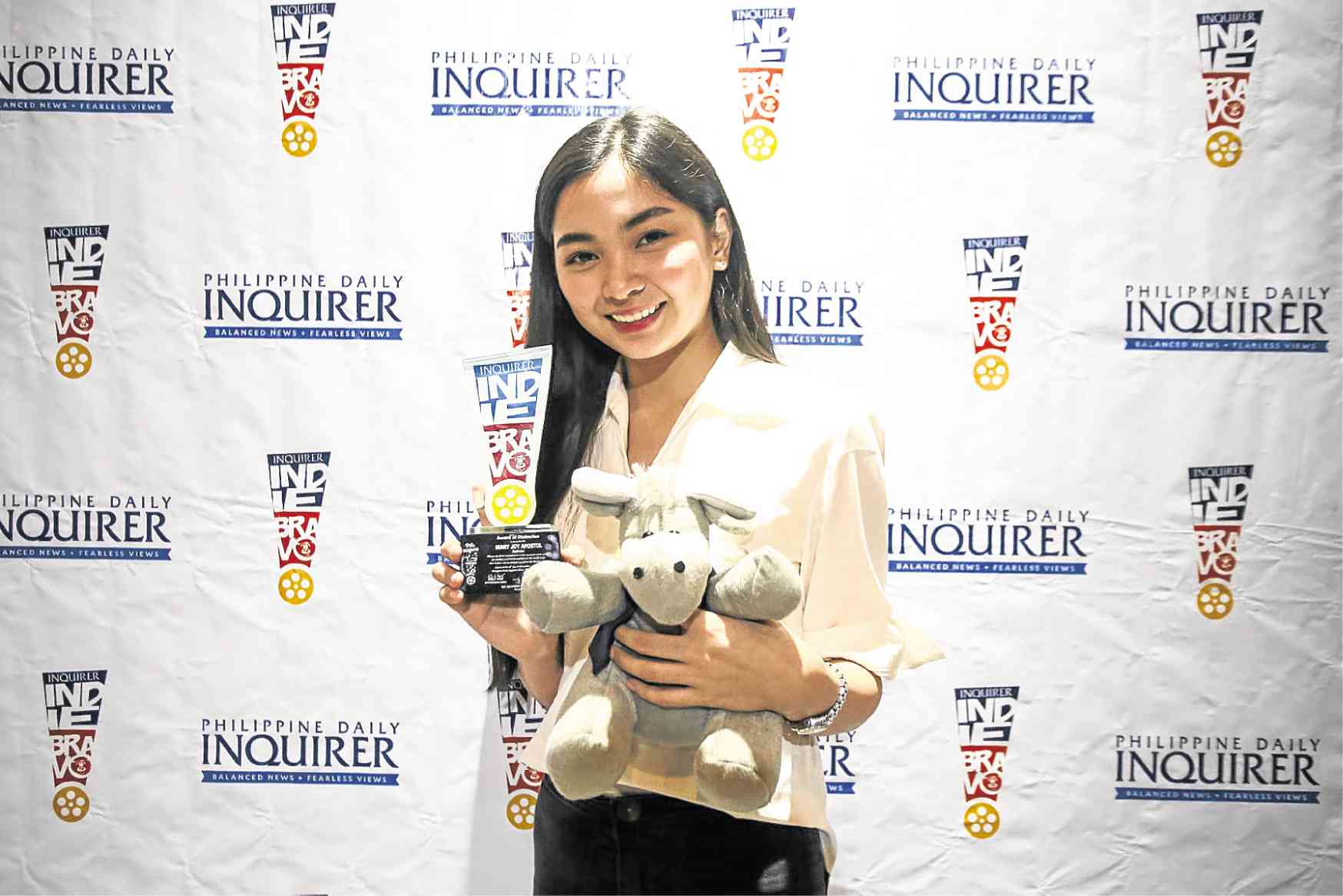 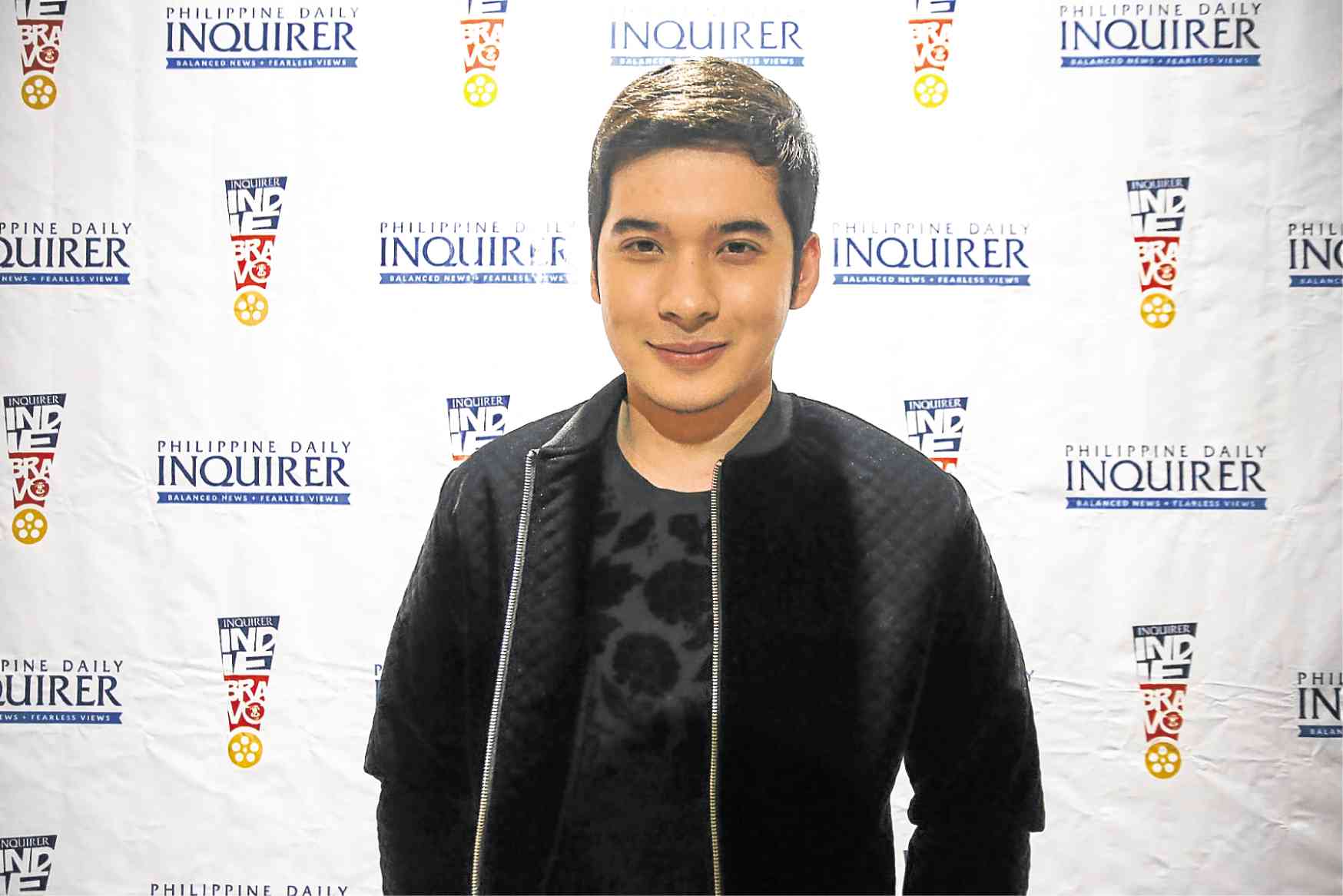 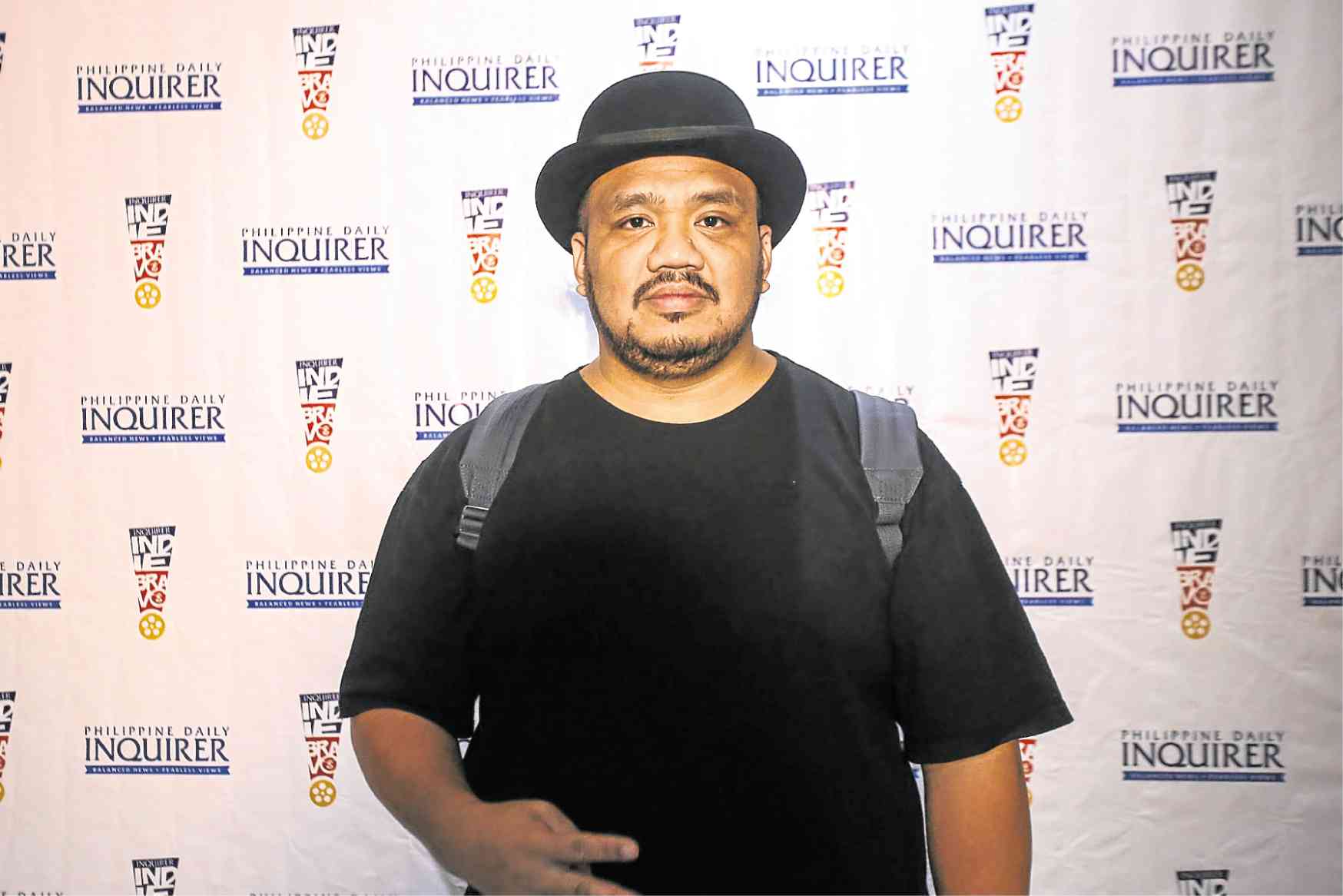 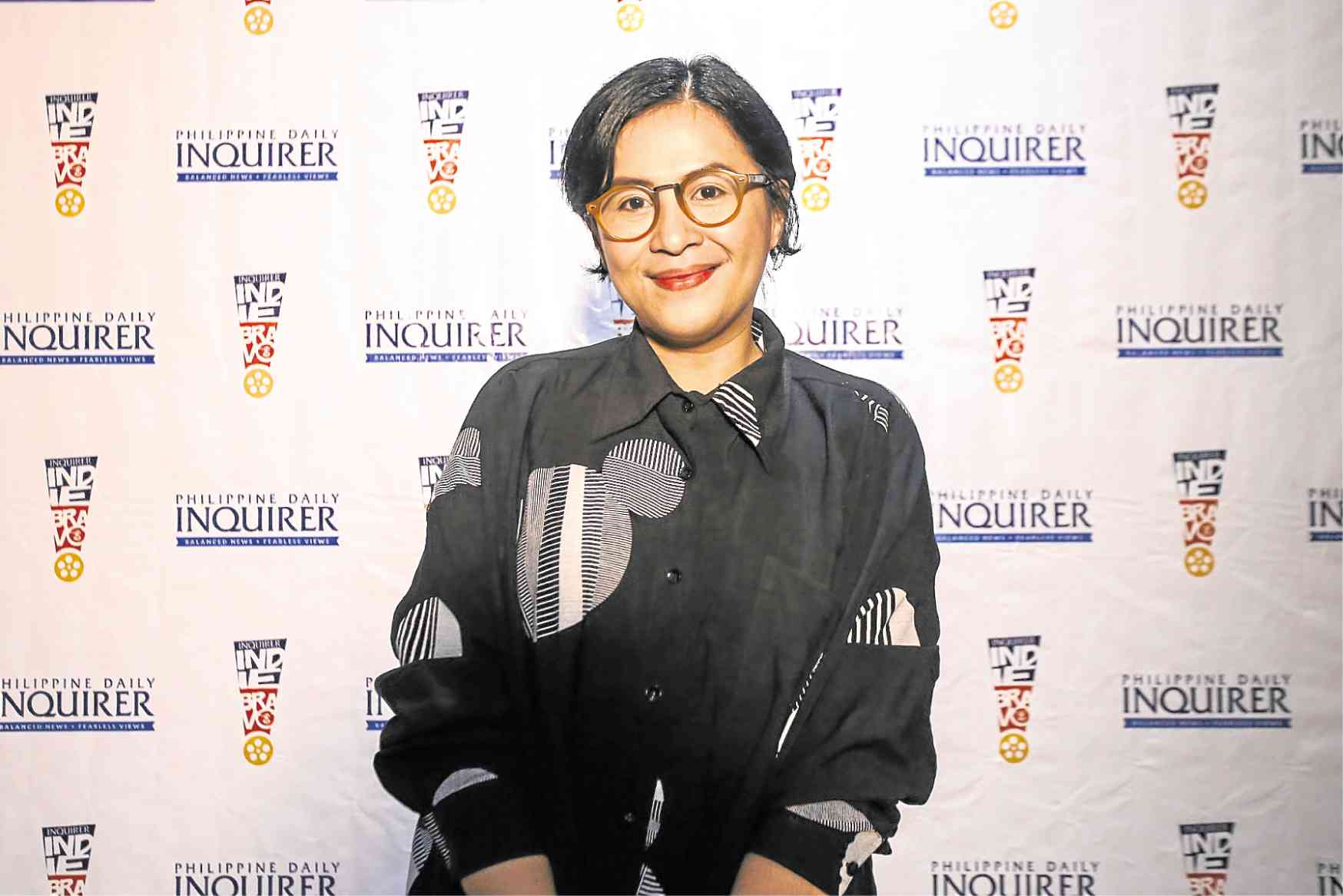