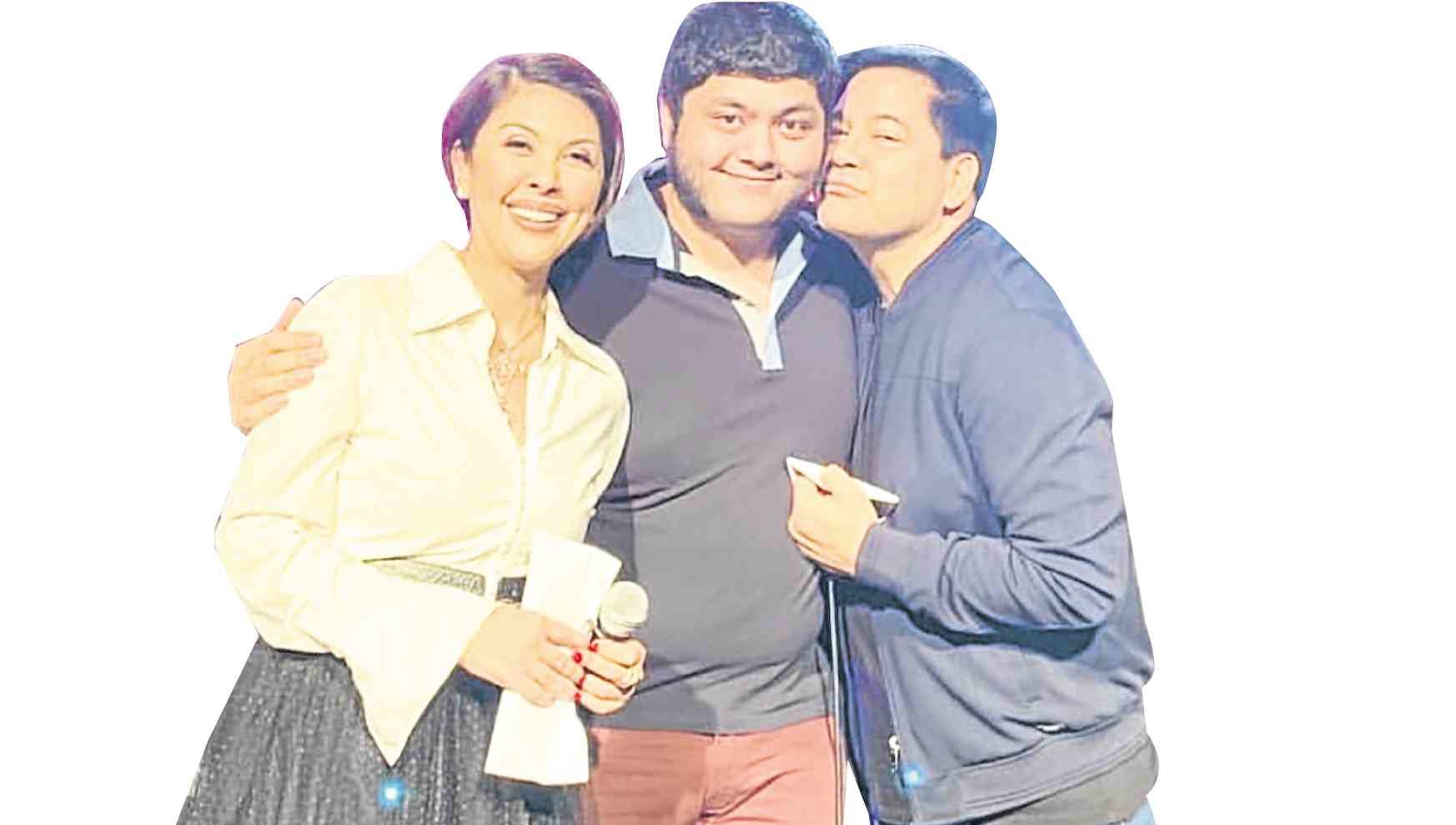 What a blast I had at the birthday bash of my dear friend from way back—it’s been three decades and counting—Pops Fernandez at Teatrino. Since Pipay (her nickname) has been singing for more than half her life, it was the turn of her friends to “entertain” the Concert Queen with their retro dance numbers during her fab fête.

The minishow was actually a contest. Gov. Chavit Singson donated the huge prize that was divided among all the groups that performed. The first prize winner was Anton San Diego’s group (friends of Pops from her International School days). They did a superb imitation of the Jackson 5’s iconic music video, “Don’t Blame It on the Boogie.”

Edu Manzano brought the house down with his impromptu “Papaya” dance number.
Pipay got misty-eyed when her youngest son, Ram, did a duet with his dad, Martin Nievera. It was quite nostalgic to see old pics of Pipay (taken many hairstyles ago) flashed on the screen, as well as video footage of “Penthouse Live,” the show where Pipay and Mart’s love story began.

It was heartwarming to watch Martin and Pops rib each other. “Call me the host of Christmas past,” Mart jested onstage. The ex-couple have come full circle. Mart’s girlfriend, Anj, was at the party, too. That’s how cool Mart and Pipay are. They ought to give a seminar to combative ex-couples on how to remain friends.

What a touching moment it was when Mart and Ram assisted Pipay in her cake-blowing. Afterwards, they made a video call to (their eldest son) Robin, who’s in the United States. Even if Pipay and Mart now lead separate lives, their deeply rooted friendship and love for their sons keep them united in an unusual way.

I cornered Monching Gutierrez about his sentiments on the marriage of his ex-wife, Lotlot de Leon, to Lebanese Fadi El Soury. “I have met the guy, but I would rather not comment about their union,” he pointed out. “Because it might be misinterpreted.” Talk about “etiquette for exes.”

Imelda Papin has been tapped to be the brand ambassador of Imurugen Glucan, a functional food supplement that boosts the immune system. Imelda said, “After Rico J. Puno’s death, I remember how he always reminded me to prioritize my health because we performers tend to work so hard that we forget to listen to what our body is telling us.”

Read Next
Love Knots, December 17, 2018
EDITORS' PICK
EuroMillions Superdraw: A lottery draw unlike any other is coming to the Philippines
Smart releases Hyun Bin’s second TVC
Water remains our saving grace right now
‘Justice will be done,’ Duterte assures as he vowed probe on Jolo incident to bare ‘truth’
DOLE: Return of OFWs’ remains from Saudi to be ‘delayed,’ deadline moved to ‘early next week’
Current dominant strain of COVID-19 more infectious than original—study
MOST READ
BREAKING: Duterte signs anti-terror bill into law
Locsin warns of ‘severest response’ if China’s army drills in SCS ‘spill over’ to PH domain
Duterte tells military: No other president looked at you the way I did
‘Very timely, historic’: Senators laud passage of anti-terror bill despite ‘pressures’
Don't miss out on the latest news and information.