Sandra Bullock on the challenge of acting while blindfolded 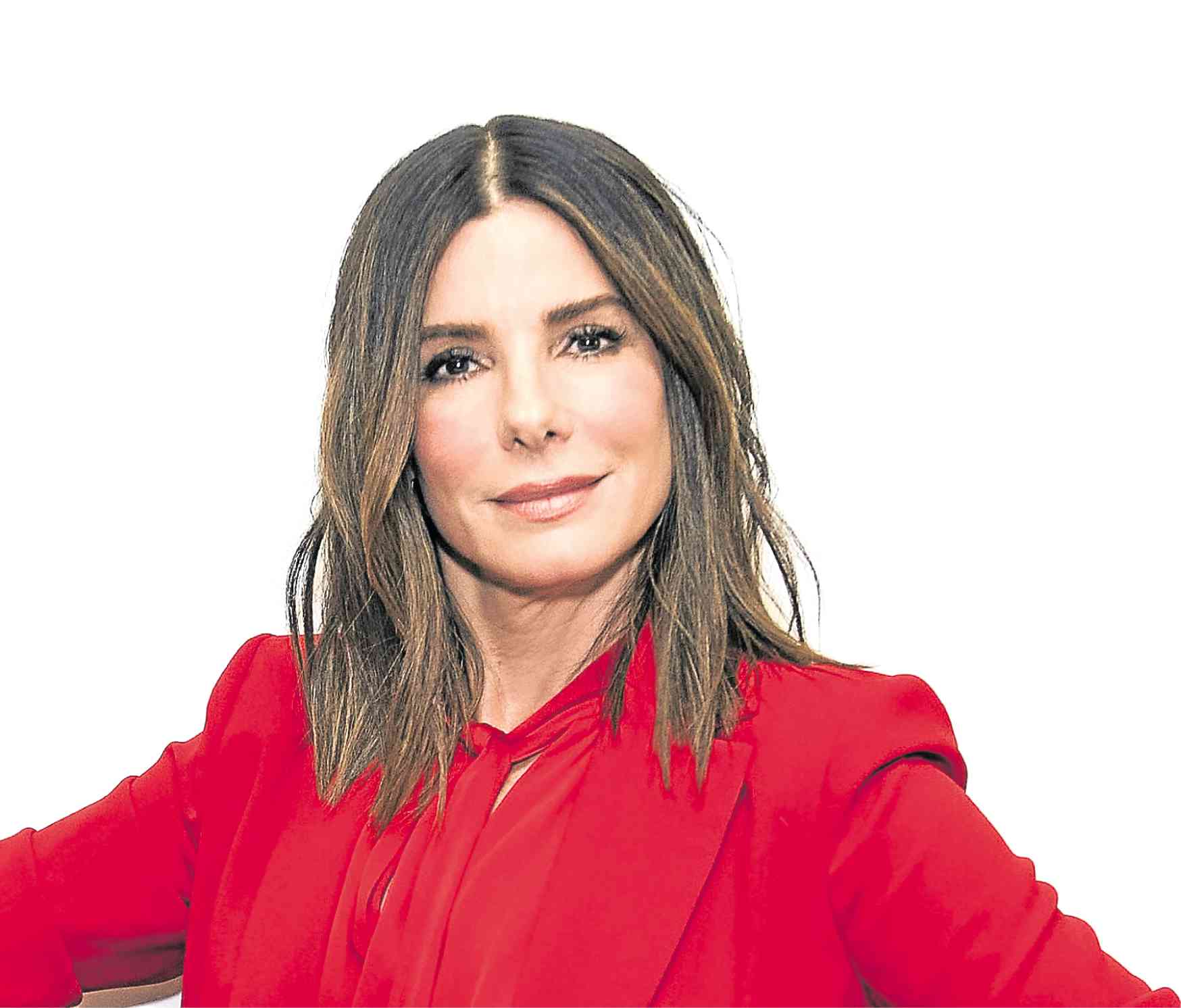 LOS ANGELES—“I feel that red takes the attention away from the aging face,” Sandra Bullock, quipped in her usual self-deprecating humor when complimented about her crimson pantsuit by Alice + Olivia. “See, I am thinking smart so you are more focused on what is on the red than above the red.”

Sandra’s newest film is director Susanne Bier’s horror-drama, “Bird Box.” The actress plays Malorie, who is trying to save her two kids from a mysterious force—if you see it, you take your life. To survive, the trio are blindfolded and must go on a dangerous journey along a river. Playing Malorie’s children are Julian Edwards and Vivien Lyra Blair. John Malkovich, Sarah Paulson, BD Wong, Jacki Weaver and Trevante Rhodes costar.

Can you talk about how challenging it was for you as an actress to be blindfolded and not be able to use your eyes for half of the movie? It was interesting because you read the script and you go, “This is going to be great visually if it can be pulled off.” Then once you are in it, you realize one of your tools for acting is completely taken away, which made me angry, frustrated and fearful that I wouldn’t be able to pull off a scene. And I wouldn’t be able to give my character what she needed and I wouldn’t be able to take care of the kids.

But every time I got whipped up into a frenzy, I just took that and piled it on top of the day and let it affect the work too, because that’s what you would feel in the moment.  But Susanne was amazing in that regard. She would pull me out of a scene and stick me into another scene that wasn’t supposed to be shot for three days and make me do it on the spot.  And it was some of the hardest scenes.

Susanne did it because she saw me getting really comfortable navigating the blindness because I would practice. I would hear and sense. The Steadicam operator Roberto (De Angelis) learned when to pull the camera because it was on me and on my back and then I would turn and run in a different direction.

Nothing was choreographed. They said, “This is where you can go.” I remembered where the trees were and we had distances and I knew where the steps were. But then I would change it and Roberto would follow and have to get out of my way. I hit the camera two or three times. My concern was, as an actor, am I going to be able to pull off emotionally what I wanted to pull off?  But Susanne knew to pull me out of one thing and place me somewhere else and get me out of my comfort zone and make me do it. 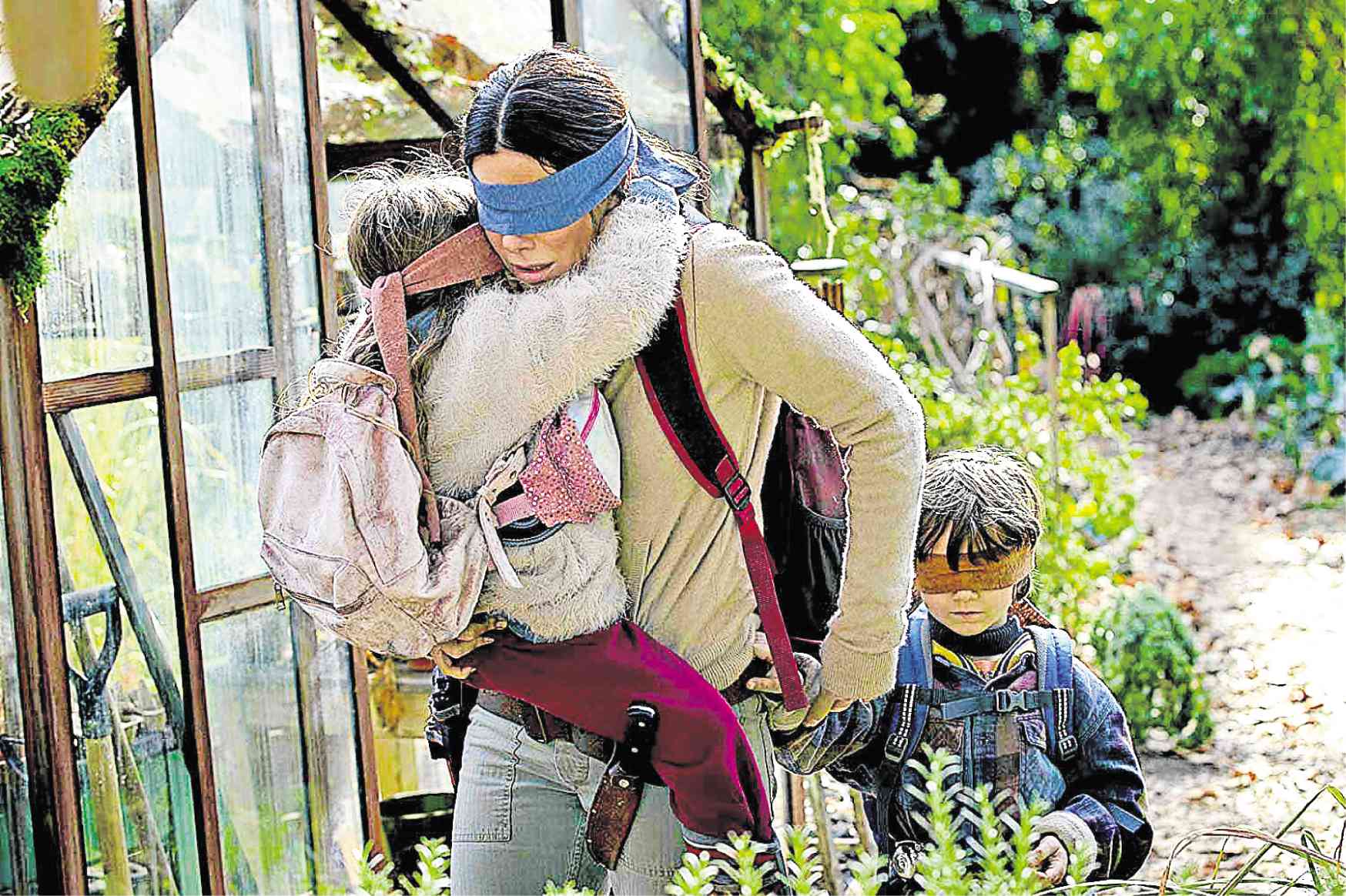 Is there one face that you are afraid to see? I think if I said it, it would run in every national newspaper. I have a feeling that one of the scariest faces that I am afraid of is probably the one that a lot of people are afraid of.  Sometimes it’s my own (laughs). It’s my reflection in the morning and I am like, oh God, what happened?

But then, you just have to be graceful and kind to yourself and say, I am still standing, my left side might not be standing anymore (laughs) and my butt might be sliding. But you know what, there’s a lot of scary people out there. There’s also a lot of good faces out there and I would rather think about them than the scary ones because the scary ones are pretty loud right now.

Do you remember the last time you closed your eyes because you were scared? Anytime I am on a plane. I hate flying. So I do a lot of closing my eyes and I try to meditate anytime there are bumps or something doesn’t sound right. So that is consistently the time that I think I am going to die (laughs). To me, that is the scariest thing.

I am trying to think of anything else that scares me. I am sure anything with your kids, but the last thing you want to do is close your eyes if something is happening to your children.  So it’s being on the plane. I am consistently closing my eyes and doing a lot of praying.

When was the last time you were blinded by love? I am blinded by love by my kids every single day. I had this thought as I was walking yesterday down the stairs. I was like, oh my God, I actually realized I had no idea what love felt like until I had kids. Because I think there are so many trivial things that we are attached to. We give importance to trivial things.

I go, my head hurts and my kids drive me crazy. I want them to go to sleep and when they are asleep, I would say, an hour and a half into the quiet, I miss them.

I get up at 1:30 (in the morning) and I walk up and down the hall. I look in the beds and think, oh, I need to kiss them, but oh, no, I woke them up and now, my daughter (Laila) won’t let me sleep. To me, it’s the most painful and beautiful feeling on a daily basis.  So my kids “destroy” me daily.

Now that you have a boy and a girl, do you find that you are more protective toward the girl? I think about that all the time because my children are very different. Louis is such a feeler and he is all boy, but he feels deeply. He has a real strong moral compass. If he sees someone hurting, he will go to them. I know he’s very aware of right and wrong.

I have Laila who is absolutely fearless, but I didn’t get her until she was 2 1/2 years old. So the trauma she experienced up until that time … she doesn’t remember it. So when something comes from her to me that I think she is fighting against me, I have to take an extra step and go, is that the trigger of what happened or is that what’s happening within a situation right now?

But I am overly protective of my kids. I have to have conversations with my kids that millions of other parents have because of the color of their skin (her adopted kids are African-American). So there’s a lot of hard conversations we are having that are scary enough, that I know that they are feeling as they step out into the world. I know that I can be a little bit softer with them because they have the added pressure of that.

My kids want to learn everything. They both love to cook. Louis would rather sit with his hands behind his head while watching the game on TV. But I am like, “No, dude, you have got to get up and do what you have to do.” So I hope I am balancing it well. I am sure I am failing in some regard somewhere, but to be a parent is to fail.