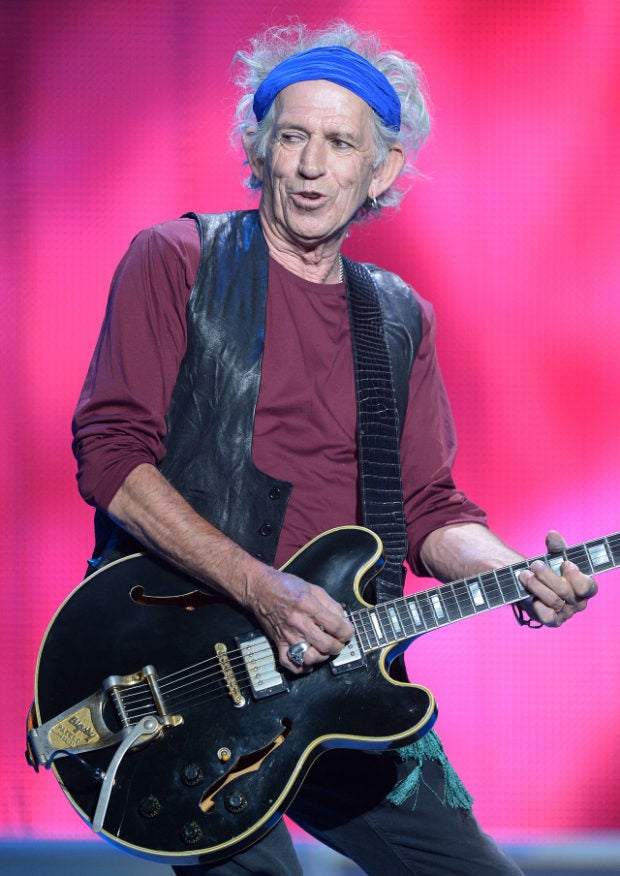 Keith Richards of The Rolling Stones in 2013. Image: AFP/Joe Klamar

Keith Richards, the Rolling Stones guitarist whose name is synonymous with excess, says he has virtually given up drinking.

“It was time to quit,” the 74-year-old Richards told Rolling Stone magazine in an interview.

Richards, who has been arrested several times for drug possession during his legendary hard-partying career, said he still has the occasional glass of wine or a beer but has mostly given up alcohol.

“I don’t notice any difference really — except for I don’t drink,” Richards said.

Fellow guitarist Ronnie Wood said Richards is “much more mellow” now that he’s given up booze.

“If he’s gonna keep it up, I’ll be there, full support,” Wood said.

The Rolling Stones are scheduled to launch a US tour in Miami in April. CC

Read Next
Miss USA apologizes for comments on non-English speaking Miss U contestants
EDITORS' PICK
Tips for a cheerful life
Filipinos celebrate PH’s first gold medalist Hidilyn Diaz
Hidilyn Diaz wins weightlifting gold in Tokyo Olympics
‘I believe’: Hidilyn Diaz bucks the odds to win historic Olympic gold
Harnessing technology for quality education
Connect to PH’s fastest network with new Signature Plan Lite at only P599 per month
MOST READ
Hidilyn Diaz wins weightlifting gold in Tokyo Olympics
Go to war with China over West PH Sea? It will be a ‘massacre’, says Duterte
FLASHBACK: The day Hidilyn was shocked over inclusion in oust-Duterte matrix
Hidilyn shoots not only for gold but also for permanent place in PH sports history
Don't miss out on the latest news and information.