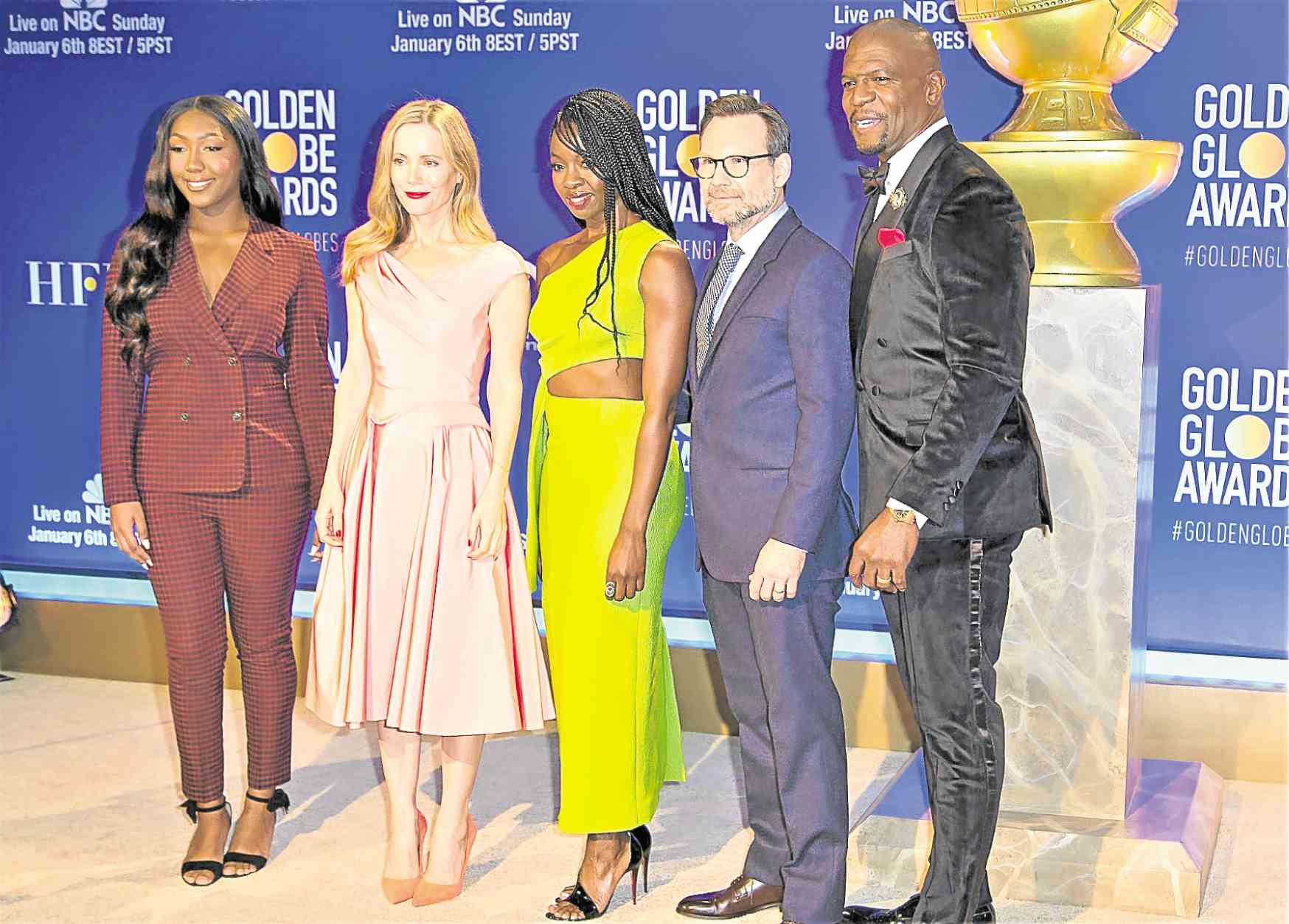 LOS ANGELES—“Boom Shakalaka!” That was director Spike Lee’s succinct summation of his reaction to the four Golden Globe nominations that his film, “BlacKkKlansman,” recently earned.

Even at the ungodly hour of 5 a.m., Christian seemed wide awake and excited. He jumped up from his seat and approached the lectern even before Meher Tatna, president of the Hollywood Foreign Press Association (HFPA), which votes on and presents the awards, could finish introducing the “Mr. Robot” star. The International Ballroom, packed with media from around the world, erupted in amused laughter.

Isan Elba, the daughter of Idris Elba who is this year’s Golden Globe Ambassador, and Barry Adelman, executive producer of Dick Clark Productions, were also on hand for the announcement.

In television, Ryan Murphy’s “The Assassination of Gianni Versace: American Crime Story” dominated with four citations, including one for Filipino-American Darren Criss, who cinched his first Golden Globe nomination.

Reaction quotes from some of the nominees who earned tickets to Hollywood’s party of the year on Jan. 6, which will be telecast around the world:

Though a full day has gone by, I’m still in awe that I got my first Golden Globe nomination yesterday. Wild!

The lives of the people we follow in [the series] are very difficult stories to tell. But we poured our hearts into bringing them to life because we believe in their significance, and the value of showing the correlation between their personal struggles to ours today.

As such, I’m so humbled by HFPA’s recognition not only for myself, but also for Ryan Murphy, my cast mates and all those who worked so hard on the series. I’m very proud of what we created and feel very fortunate to be acknowledged at this level. 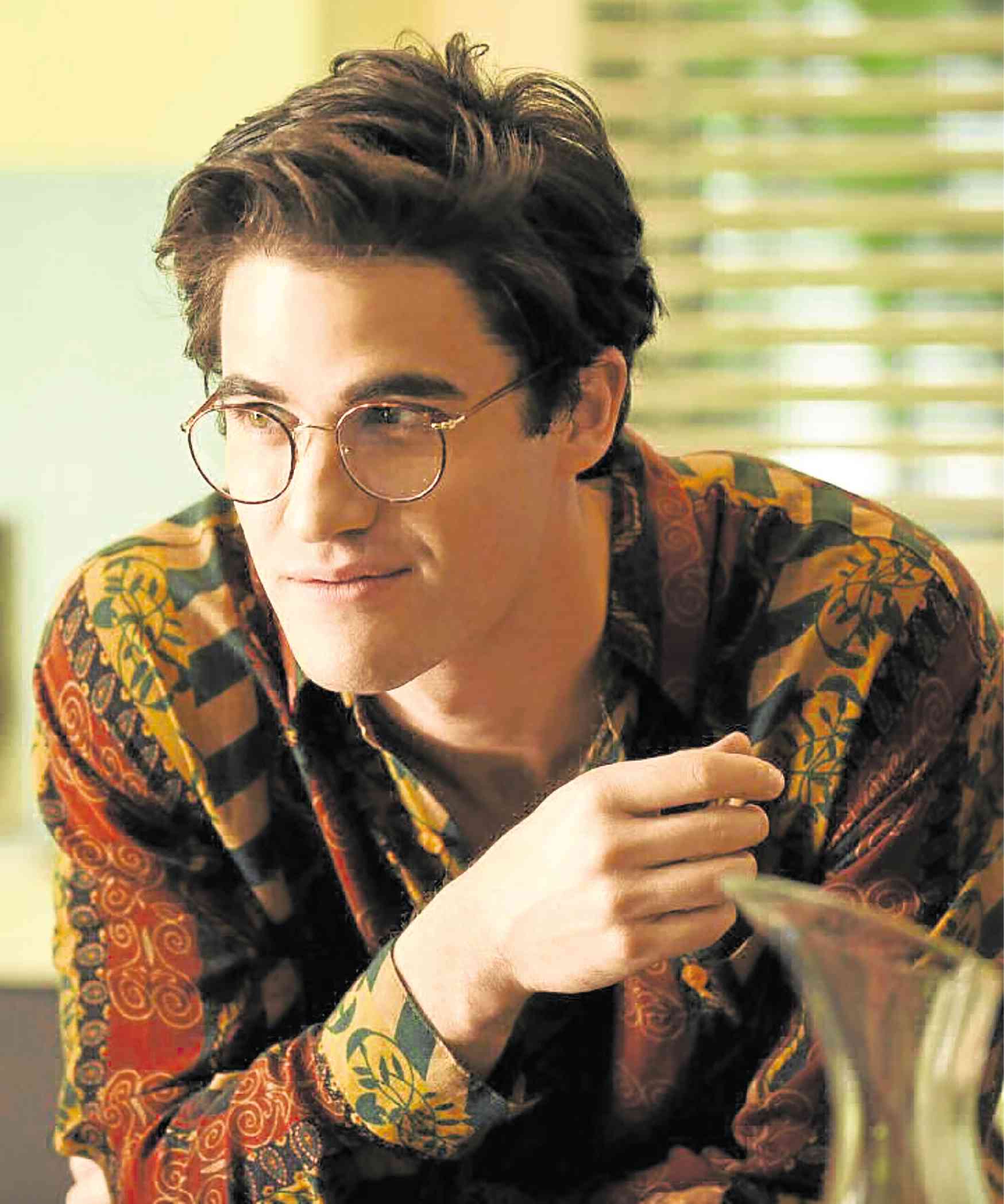 I am eternally grateful to Brian May and Roger Taylor, and to Graham King, Denis O’Sullivan and 20th Century Fox. Finally, my most heartfelt and humble thank you to the man this is for, and because of, Freddie (Mercury).

I found out about these Golden Globe Nominations for “BlacKkKlansman” in between advising my NYU grad school students, because I teach on Thursdays. The first words that came to mind were “Boom Shakalaka!”

What an honor to be included in such a beautiful list of diverse human-experience stories amongst storytellers I have looked up to my entire life. I could not be prouder of our movie, cast, community and industry.

I am beside myself with excitement. I never imagined something like this would happen to me …

In Hollywood, Asian actors (including myself) have always supported another culture’s story, but for the first time in 25 years, this film is about our culture. That’s so important for kids who grew up as minorities—it tells them that their country values their story, even if they’re a little different. I’m glad to be a part of this movement, and so grateful for the HFPA’s recognition of it. 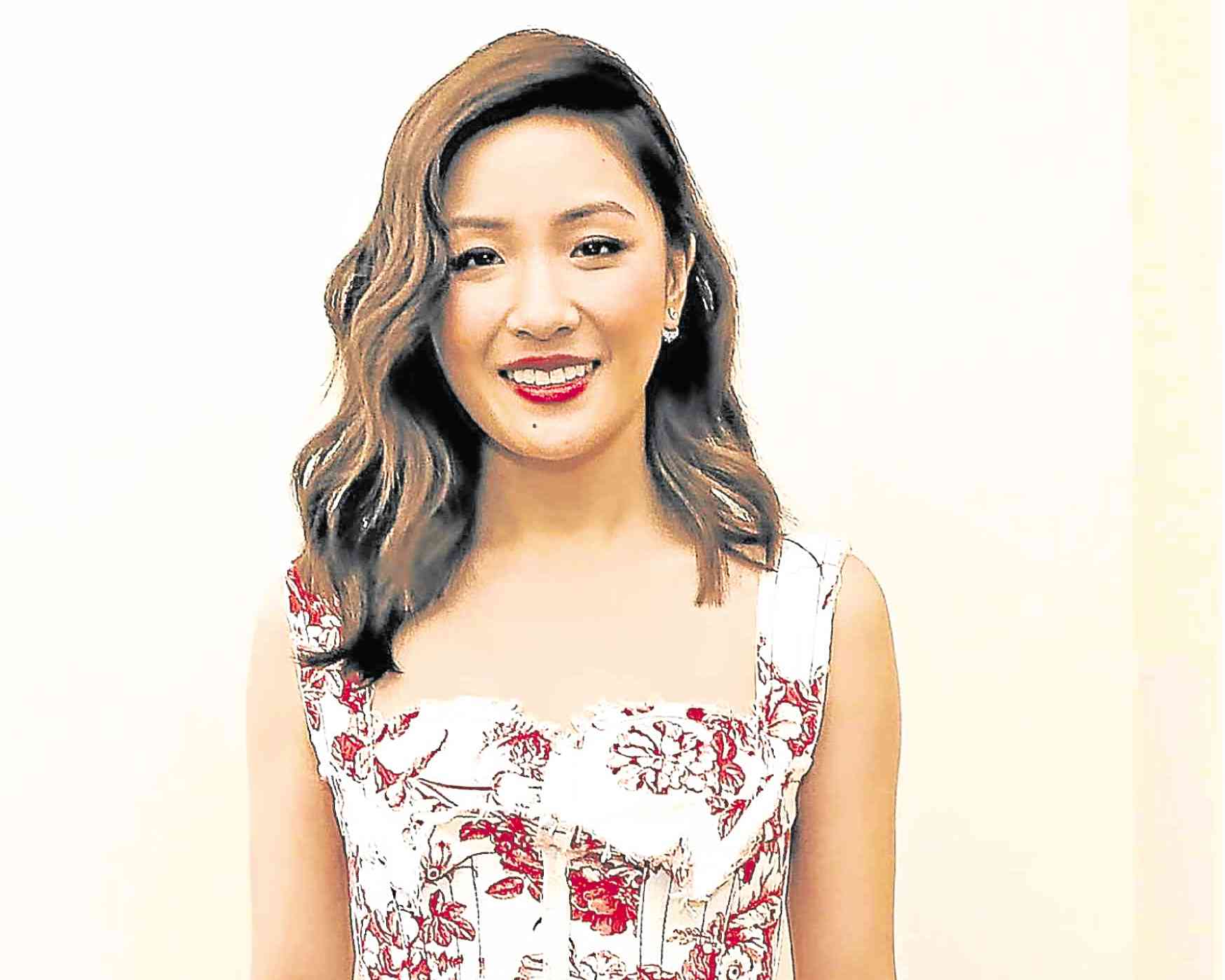 After a long night of shooting in South Africa, I woke up to this beautiful news. I am so happy and touched to share this honor with Darren, Penelope (Cruz)and everyone involved in “The Assassination of Gianni Versace.” Playing Gianni has been a transforming experience in my life, for which I will always be grateful. I am truly thrilled.

I’m so grateful to have lived long enough to see this day when the stories of LGBTQ people of color are front and center. The category is … love!

Bradley Cooper, actor, movie-drama and director (“A Star Is Born”)

I’ve wanted to tell stories through film for as long as I can remember. I feel lucky even to have had the opportunity to do that—to be included in a community of such inspiring artists is incredibly humbling. A huge congrats to all of this morning’s nominees, and especially to my dear friend, Lady Gaga.

Lady Gaga, actress, movie-drama, and song (“A Star Is Born”)

I couldn’t be happier to see Bradley recognized for his incredible vision and performance. And I can’t believe I’m nominated as best actress at the Golden Globes for a film!

I am so grateful to be nominated for such an untraditional female character. Erin Bell is complicated, raw and dangerous—and it was a privilege to portray her. It was truly a passion project for all of us. 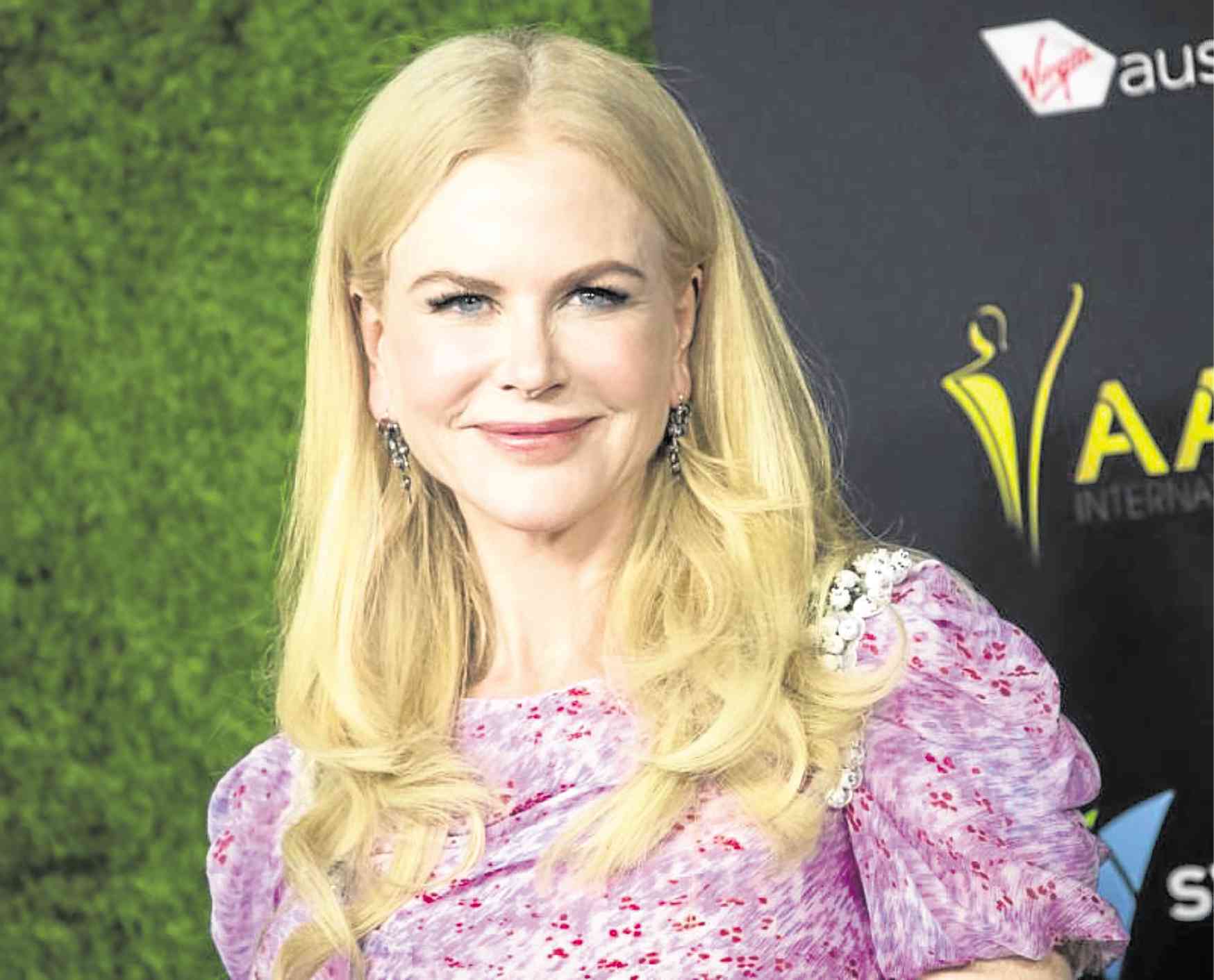 Dede Gardner (on behalf of Brad Pitt and Jeremy Kleiner, and their Plan B production company), movie-drama (“If Beale Street Could Talk”) and movie-musical or comedy (“Vice”)

We want to thank the entire HFPA for the tremendous love you have showered on “Vice,” “If Beale Street Could Talk” and “Beautiful Boy.” These films have been a true labor of love for everyone involved, and to see Adam McKay, Christian Bale, Amy Adams, Sam Rockwell, Barry Jenkins, Regina King and Timothée Chalamet rewarded for their work is the greatest compliment.

Barry Jenkins, movie-drama and screenplay (“If Beale Street Could Talk”)

It’s a critical time to be telling stories and creating art that reflects the world we live in. We’ll take this recognition as an affirmation to continue to do so.

I was honored to be a part of this story which will hopefully one day help put an end to conversion therapy (pseudoscientific practice of trying to change an individual’s sexual orientation from homosexual or bisexual to heterosexual) in the United States, where it is currently still legal in 36 states.

Thank you, Peter Farrelly (director), for making a movie that inspires hope and compassion. By inviting audiences to laugh and be genuinely moved, and also to think profoundly about our society’s past and present, you have given us a story equal to the best work of Frank Capra and Preston Sturges.

Being part of “The Favourite” was such a treat, anyway—it’s the gift that just keeps on giving! I can’t wait to be there with Emma Stone, Rachel Weisz and Yorgos Lanthimos (director). I would very happily go everywhere with them all.