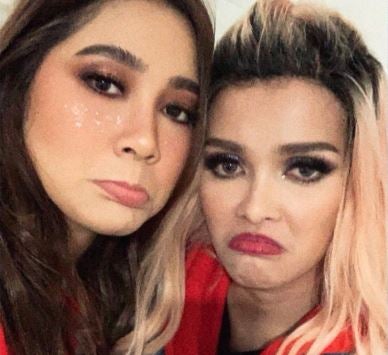 Many artists have expressed their dismay over the stoppage of a free concert organized by Coca-Cola Philippines. The concert, which was staged on Dec. 7 at the SM Mall of Asia Concert Grounds, was cut short and postponed to a later date, apparently due to the violent, rowdy crowd.

A video of the concert grounds, posted by Twitter netizen Martin (@martinrichmondx) on Dec. 8, circulated online. It showed some concert-goers throwing bottles and other objects towards other members of the crowd.

Another video, shared by another netizen (@chocoblasternut), also showed the barricades being toppled by an uncontrollable swarm of overly excited concertgoers.

“The crowd here is wild, literally…” wrote the netizen. “I don’t wanna blame the management bcs I’ve seen their efforts to control these people, but yeah, this happened parin (still).”

Like what I’ve stated earlier, the crowd here is wild, literally lol I don’t wanna blame the management bcs I’ve seen their efforts to control these ppl, but yeah, this happened parin :( #CokeStudioPH #CokeStudioChristmas #CokeStudioHomecoming pic.twitter.com/2QGNxAlms3

The concert had many artists slated for the night, such as Apl.de.ap, Moira Dela Torre, KZ Tandingan, Quest, Ben&Ben and IV of Spades, among others, but they were not able to perform. Some of the artists took to their own social media accounts where they apologized to their fans over the situation.

Dela Torre shared a picture of her and Tandingan frowning at the camera on Dec. 8, telling their fans that they were both sad they did not get to perform.

“[We’re] so sad we didn’t get to see you all today but know that we know & appreciate all of your efforts!” she said. “Everyone’s safety is @CocaColaPH’s priority. They are working on a better, safer, more enjoyable concert for all of us.”

We love you guys so much!😢 Were so sad we didnt get to see you all today but know that we know & appreciate all of your efforts! Everyone's safety is @CocaColaPH's priority. They are working on a better, safer, more enjoyable concert for all of us. We'll see u guys next year!!♥️ pic.twitter.com/rqHHEFG7ga

Singer-rapper Quest took to Twitter on Dec. 7 to promise his fans that they would make it up to them for the canceled concert.

(Drained. To all those who went to MOA concert grounds, I love you all. You are my reason [for being]. I’m sorry for what happened. We will make it up to you, that’s a promise.)

Quest, the following day, also shared of his experience during the concert where he was heckled by the crowd.

“Getting cussed at and booed by thousands of people is bad energy,” he wrote. “And it drains out whatever good energy you have…”

Getting cussed at and booed by thousands of people is bad energy. And it drains out whatever good energy you have. Didn't realize it until yesterday.

Tandingan, meanwhile, took to her Instagram account on Dec. 9 where she also spoke of the experience. She posted the official statement of Coca-Cola Philippines regarding the concert, which was also posted on the company’s official local Instagram account (@cocacolaph) on Dec. 8.

(As much as we would all like to go onstage and play, to sing and dance in your presence, the top priority is still your safety.)

She extended her gratitude to her fans who braved the heat, rain and weariness just to see them, and once again asked for forgiveness.

Coca-Cola Philippines maintained in their earlier statement that their number one priority is always the safety and security of their events’ attendees.

“Together with the Philippine National Police, the City of Pasay, SM Mall of Asia, and all the artists, we have deemed it necessary to RESCHEDULE the concert to the first quarter of 2019.”

They cited the unsafe behavior of some of the 15,000 attendees, who resorted to “pushing, jumping on the barricades, and throwing bottles” and threatened the safety of those around them.

They also promised a bigger concert in the next year and apologized for the inconveniences brought about by the postponement. JB