MOSCOW (AP) — When the Russian “dark rave” duo Nastya Kreslina and Nikolay Kostylev stepped off the train for their gig in the Siberian city of Novosibirsk, the police were waiting on the frozen platform. They were asked for their passports, Kostylev was handcuffed and they were whisked away to the local police station. 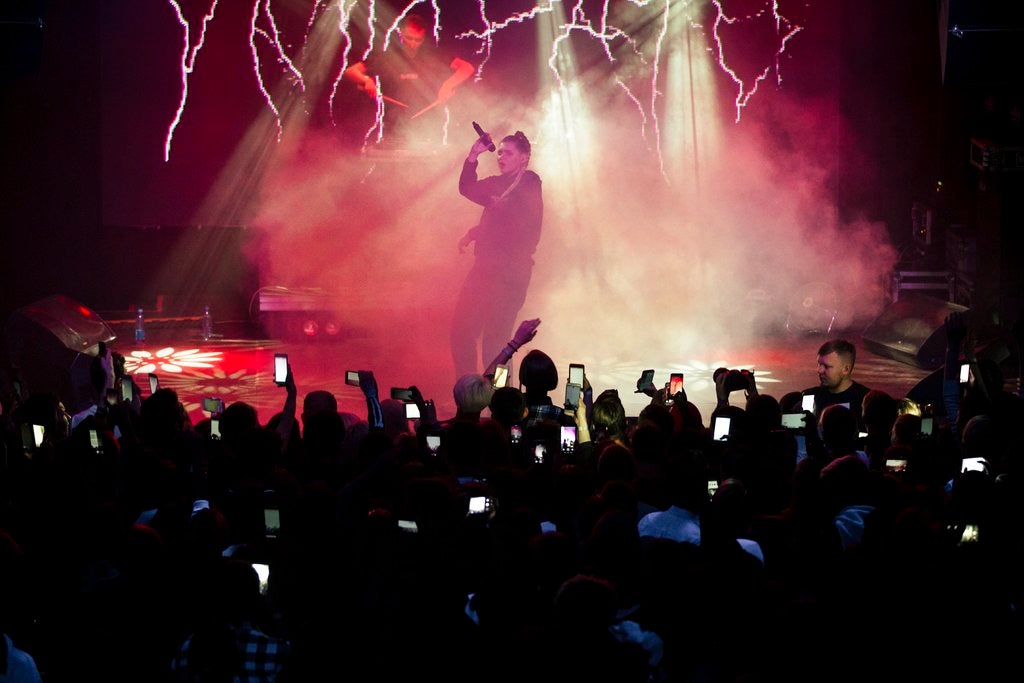 There, the police claimed they’d received an anonymous call about drug possession. But Kreslina and Kostylev, whose experimental performances as the electronic duo IC3PEAK feature provocative, morbid and often gruesome themes, say the real reason for their arrest is their art.

During their Russia-wide tour, which began last month and has spanned venues from the Volga River city of Kazan to far-eastern Siberia, six of their 11 concerts have been canceled. Club owners have been pressured not to host them and threatened with fines and closures.

“We have received no official statements, no letters, nothing,” Kostylev told The Associated Press of the harassment. “These are just ratty methods of fighting against art.”

In recent months, Russian musicians have experienced a spike in pressure from the authorities, with a string of concert cancellations and arrests that have brought an outcry from critics, who see it as the latest censorship against Russian artists.

Last month, a rapper known as Husky, whose videos have garnered more than 6 million views on YouTube, was arrested after he staged an impromptu performance when his show was shut down in the southern city of Krasnodar.

The 25-year-old rapper, known for his lyrics about poverty, corruption and police brutality, was preparing to take to the stage on Nov. 21 when local prosecutors warned the venue that his act had elements of what they termed “extremism.”

Husky climbed onto a car, surrounded by hundreds of fans, and chanted “I will sing my music, the most honest music!” before he was taken away by police.

A court sentenced Husky to 12 days in jail on charges of hooliganism, but he was released four days later — hours before a solidarity concert in Moscow by popular hip-hop artists protesting his detention.

However, the official Russian pressure on artists has continued.

On Nov. 30, rapper Gone.Fludd announced two concert cancellations, citing pressure from “every police agency you can imagine,” while the popular hip-hop artist Allj canceled his show in the Arctic city of Yakutsk after receiving threats of violence.

Other artists have been affected as well — pop sensation Monetochka and punk band Friendzona were among those who had their concerts shut down by the authorities last month.

In IC3PEAK’s case, besides their Dec. 1 detention in Siberia, the artists have been hounded for weeks by the police and the Federal Security Service, or FSB, the main KGB successor agency. Kreslina said the authorities were using “old, tried and tested Soviet methods” to crack down on musicians accused of overstepping.

“We don’t want to stop performing,” she said. “But we think it’s getting worse.” 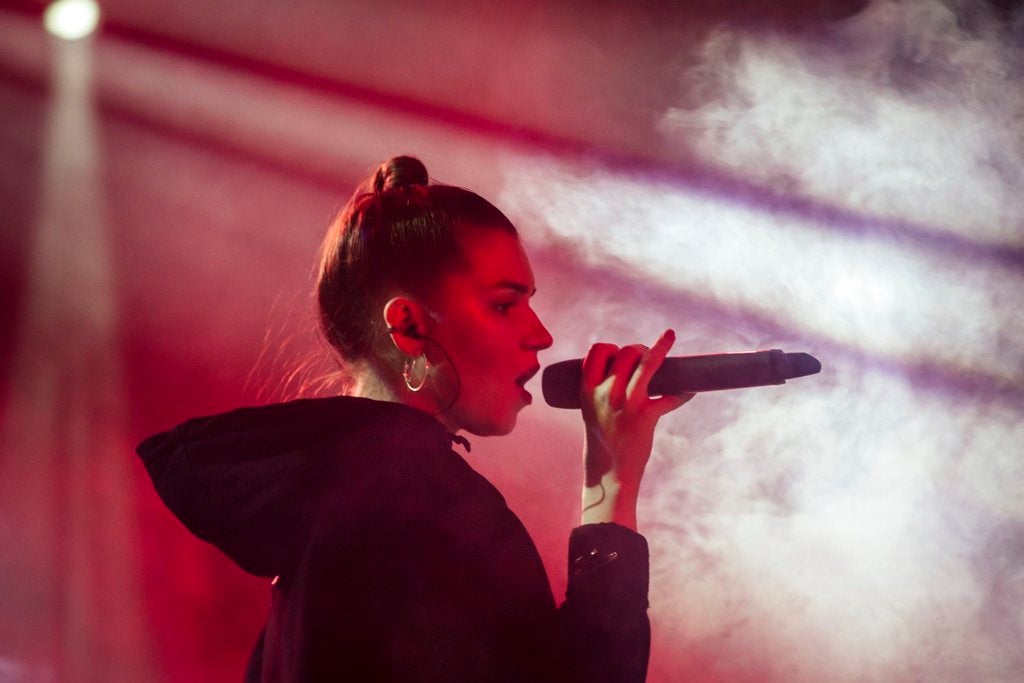 Their music videos use occult and “slaughterhouse” imagery, often featuring them in disturbing guises drinking blood and eating raw meat. They believe their most recent one, which fused ghoulish images of the pair lying in coffins with a backdrop of the FSB security service headquarters, is what has vexed the authorities.

Kreslina and Kosylev maintain, however, their work is aimed more at shaking up popular perceptions than making an overtly political statement.

“We are taking people out of their comfort zone, because it helps people to think, it opens up new feelings and emotions,” Kostylev said. “If people get scared of your art, you are most likely doing the right thing.”

Boris Barabanov, a music columnist at Russia’s top business daily, Kommersant, said the government crackdown will only fuel “tougher, more biting songs” and foster greater resourcefulness to get around the restrictions.

Unlike in Soviet times, when Soviet rock stars were forced underground by Communist officials, “now all musicians are equal in front of the main channel for the distribution of content — the internet,” Barabanov said.

“Anything that is forbidden only encourages the imagination,” he said, adding that bands will start changing their names and holding secret concerts to dodge police.

Indeed, less than an hour after their release from custody in Novosibirsk, Kreslina and Kostylev were playing to a 300-strong crowd at an abandoned loft on the outskirts of the city. 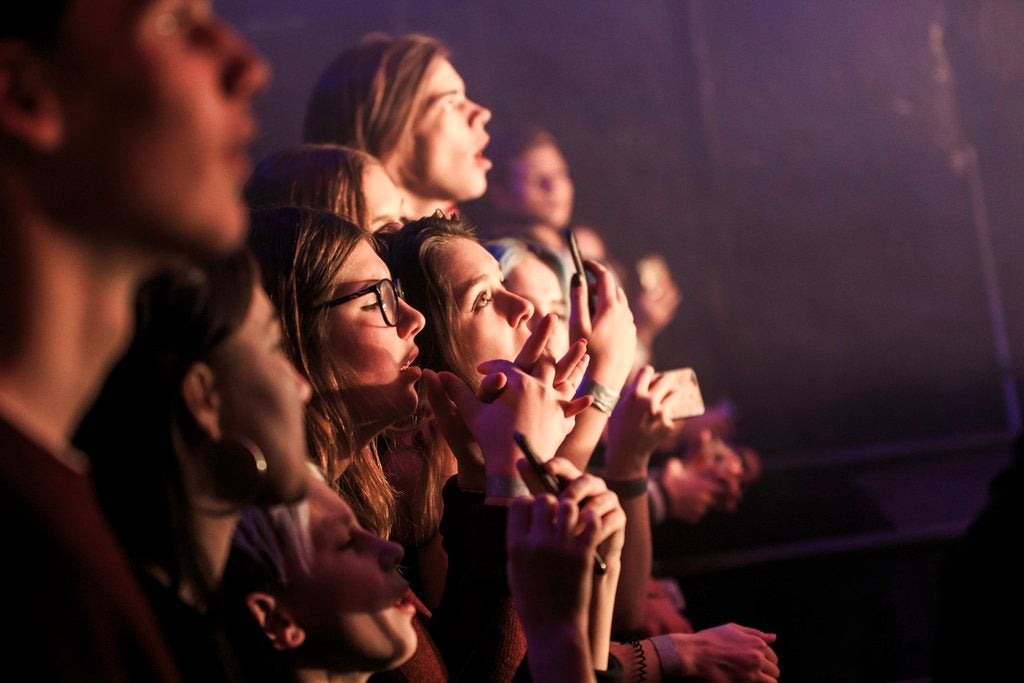 In the wake of so many obstacles, they now know how to organize secret, backup concerts. Details are sent out on an encrypted messaging app and people bring their own lights and sound systems.

“People go crazy, it’s a big adventure for them — people love what is forbidden,” Kreslina said.

“It’s a perfect way to say f— you to the government,” Kostylev added.

It remains unclear if the recent crackdown has been directed by federal Russian authorities or driven by overzealous local officials.

Nadezhda Tolokonnikova of Pussy Riot, who along with fellow band member Maria Alekhina spent nearly two years in prison for “insulting religious feelings” with their provocative 2012 performance in Moscow’s top Russian Orthodox cathedral, said the latest backlash has been fueled by Kremlin fears.

“The artists whom they banned have a stronger, livelier, angrier electorate that is more convinced and reliable than that of Vladimir Putin’s,” Tolokonnikova said. “They’re starting to feel the competition in the Kremlin and at the FSB headquarters.”

Barabanov, the music columnist, has a different view.

In a claim that appeared to back that assertion, Margarita Simonyan, head of the state-funded RT television network who has strong ties to top Kremlin officials, maintained that Husky’s release came after government intervention.

And last week, the head of Russia’s Foreign Intelligence Service proposed creating grants to support local rappers, while Kremlin adviser and former culture minister Mikhail Shvydkoi defended rap as an art “that should not be ignored.”

Dmitry Kiselyov, the host of a top news show on Russia’s state TV, also came to the rappers’ defense, saying they represent a tremendously popular subculture that “should not be harassed.”

Trifon Bebutov, the former digital editor of Esquire Russia, saw all that as a sign that “the Kremlin is trying to find a way to cooperate and start a dialogue with popular artists.”

The musicians’ popularity with young Russians and potential to proliferate ideas that are uncomfortable for the government worries the Kremlin, he added.

“It seems that the government is really scared of an audience they don’t have the ability to control, that they are worried could be incited to action, to protest,” Bebutov said.

In a testament to that wide following, tickets sold out in just three hours for last month’s solidarity concert organized by three of Russia’s leading hip-hop artists to protest Husky’s arrest. 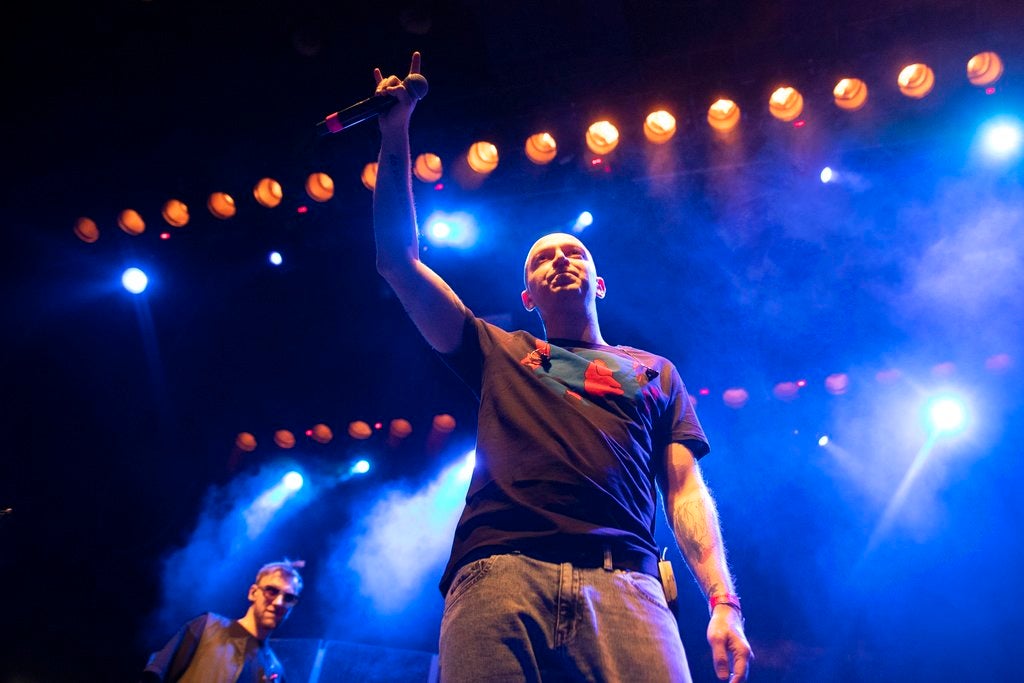 Between them, the rappers have a millions-strong audience, as well as the hearts and minds of internet-savvy, young Russians who don’t consume state media like the older generation.

The message they heard was clear.

“This concert isn’t just about Husky,” 33-year-old rapper Oxxxymiron told the crowd. “It’s about the artists who have faced this in the past and, I’m afraid, for those artists who might face this in the future. This is about the freedom of society.” NVG