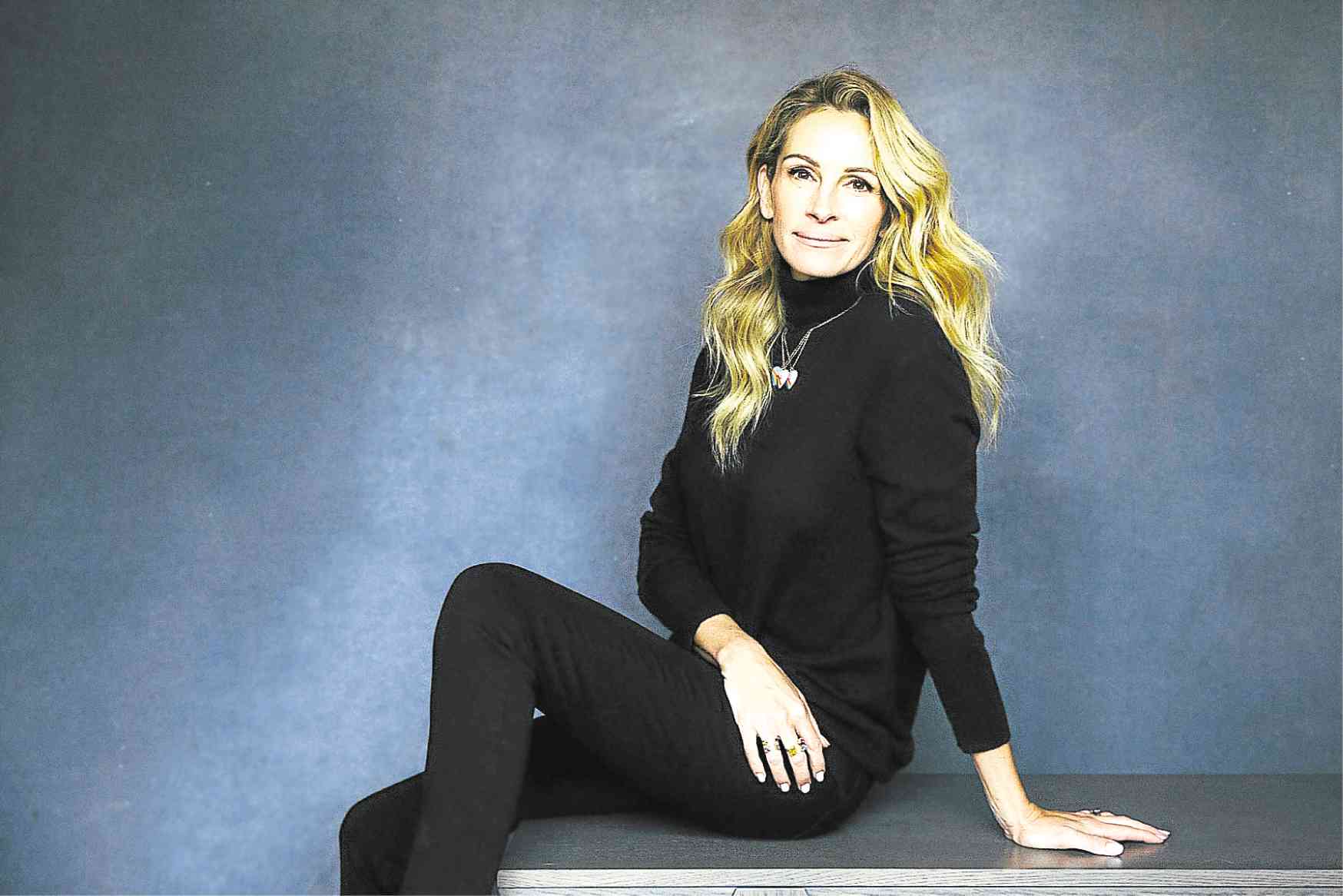 NEW YORK—Julia Roberts is sitting on a couch in a Soho hotel when Lucas Hedges bursts in and begins frantically searching for his phone, sending pillows flying.

“This is what I say to Finn,” Roberts says, referencing one of her three children as she instructs her 21-year-old costar. “Where did you go from here, honey?”

Roberts’ motherly instincts play a big part in her latest film, “Ben Is Back.” Written and directed by Lucas’ father, Peter Hedges, “Ben Is Back” is about a son (Lucas) who comes home from rehab for Christmas. The short visit resurrects past demons and present temptations for Ben, testing his mother’s anxious balance of trust and suspicion.

It’s the second standout performance this fall for Roberts, who also stars in Amazon’s acclaimed conspiracy thriller “Homecoming” as a government-sponsored caseworker coaxing soldiers back into civilian life.

It’s a more dramatic chapter for Roberts, the most quintessential of movie stars who, at 51, is stretching in new directions that are increasingly further afield from the frothier romantic comedies she built her career on.

“With age comes more complexity of possible parts,” Roberts said in a recent interview. “You know, I’m happy and I have fun at home, so it would take a lot for someone to say, ‘Look, you can play this part where you’re happy and have fun.’ Well, I just do that at home!”

It can take a lot to get Roberts away from home. Hedges at one point jokingly suggested shooting “Ben Is Back” in her backyard. She’s notoriously picky, generally acting in one film a year, and that’s become iffier considering, as she says, there’s “a whole lot of math” that needs to factor her kids’ school schedule and that of her husband, cinematographer Danny Moder.

Roberts has, quite contentedly, largely withdrawn from the limelight. She knits. She plays mahjong with girlfriends once a week. She will watch “Point Break” anytime it’s on TV.

But she still wears the role of movie star about as comfortably as anyone ever has, and in person she is—to an almost disarming degree—precisely as you’d expect. She remains genuinely, breezily, unaffectedly herself, a quality that has made countless feel as if they know her.

Roberts grants that the public’s impression of her is “probably relatively accurate,” something few who have graced so many tabloid covers in their lifetime can do. “I mean, I’m not interested in trying to seem cooler than I am,” she says.

Times have changed; her breakthrough film, 1990’s “Pretty Woman,” is now a Broadway musical. Roberts recently had the out-of-body experience attending it alongside Barbara Marshall, wife of the film’s late director Garry Marshall.

And long before pay equality became an industry-wide concern, Roberts was among Hollywood’s highest-paid stars. Asked about the #MeToo movement and Hollywood gender parity, Roberts replied, “You can never rest.”

Lately, Roberts has been trying some new things. She joined Instagram in June. “Homecoming” is her first foray into a TV series. Roberts insisted Sam Esmail (“Mr. Robot”) direct all the episodes, and that all the scripts be completed before shooting began.

She similarly helped shape “Ben Is Back,” pushing for Peter Hedges to cast his son, the in-demand breakout star of “Manchester by the Sea,” a tall task because Lucas has deliberately sought to establish himself outside of his father’s shadow.

Once she signed on, she began a very persuasive and classy campaign. She made a lot of effort to let him know that she thought he should do the film with her.”

It is, alas, hard to say no to Julia Roberts. —AP