After an epic Hindu wedding and a Western ceremony over the weekend that celebrated their Indian and American cultures, newlyweds Priyanka Chopra and Nick Jonas have no doubt been on cloud nine. 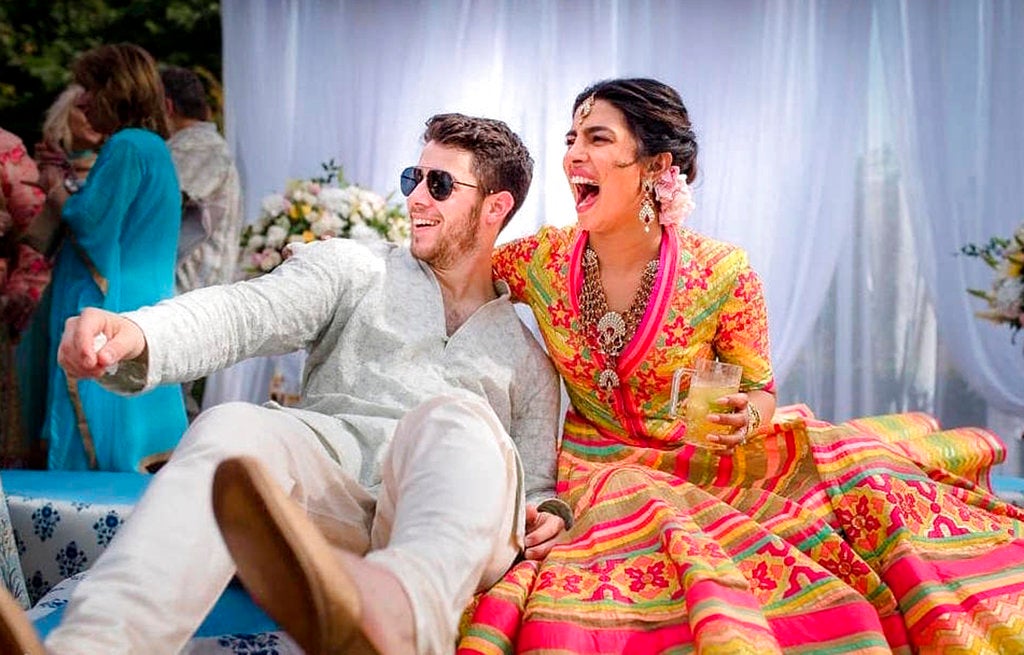 In this Friday, Nov. 30, 2018 handout photo released by Raindrop Media, Bollywood actress Priyanka Chopra and Nick Jonas celebrate during a mehendi ceremony, a day before their wedding, at Umaid Bhawan in Jodhpur, India. Image: Raindrop Media via AP

Among the fans of the couple are skeptics, whether it’s about their ten-year age difference, marrying so soon after getting engaged in August, or involving brands in the lead-up to their weddings.

There are reasonable explanations for each point, such as their disregard for age when it comes to romance, the fact that short engagements are part of Hindu traditions, and that numerous celebrities have sponsorships to cover parts of their wedding expenses.

One article from The Cut, the women’s lifestyle arm of New York Magazine, went a step further in criticizing the couple’s relationship. The Cut is known for its liberal views on women.

“Is Priyanka Chopra and Nick Jonas’s Love for Real?” its title asked in its Dec. 4 publication prior to being deleted.

Writer Mariah Smith asserted the following theory: “All Nick wanted was a possible fling with Hollywood’s latest It Woman, but instead he wound up staring at a life sentence with a global scam artist.”

also congrats to @TheCut for publishing the single most sexist and frankly xenophobic take on the priyanka/Jonas wedding?! Priyanka has had an extremely productive and successful career and she is doing nick Jonas a favor by marrying him. pic.twitter.com/bG03xnaoxC

A web archive of the article is still up, albeit with all mentions of the word “scam” deleted.

Smith tried to make the case that Chopra crossing over from Bollywood to Hollywood is a result of ruthless social climbing.

The author alleged that Chopra has a team that helps pair her with Hollywood bachelors, particularly famous white men, to boost her career. Highlighted too was the fact that Jonas had previously dated older women, even in his younger years. The article seemed to paint him as a victim in Chopra’s ploy and claimed that they met through her team.

Smith further asserted that they both used their publicized romance to rake in sponsorships, including an engagement at Tiffany’s.

Chopra’s Indian background was detailed too, along with the couple’s days-long, elaborate Hindu ceremony. The archived article concluded: “At times, marriage can be a beautifully wonderful union that warms even the coldest of hearts, but sadly, this union evokes no such feeling.”

The article was slammed on social media for its narrative against brown women and its tones of racism, ageism and sexism. Netizens also pointed out the writer’s ignorance of Hindu traditions and of Chopra’s star power before she met Jonas.

“This is disgusting. [The Cut] should be ashamed to have someone write such evil words. What Nick and Pri have is beautiful love. Thank u, next,” wrote Joe on Dec. 5.

This is disgusting. @TheCut should be ashamed to have someone write such evil words. What Nick & Pri have is Beautiful Love. Thank u, Next. https://t.co/G3hvXmhm9O

Turner said at the same time, “This is wildly inappropriate and totally disgusting. Very disappointed that The Cut would give anyone a platform to spew such bullsh*t.”

This is wildly inappropriate and totally disgusting. Very disappointed that The Cut would give anyone a platform to spew such bullshit. https://t.co/iYKaifKJP6

Initially, editors of The Cut said it took down the article as it did not meet “editorial standards.” Currently, the article’s page contains an apology. “The whole piece missed the mark. There is no good explanation for this other than human error and poor judgement. This was a mistake, and we apologize to our readers and to Priyanka and Nick.”

Chopra spoke regarding the issue, as per The Hindustan Times today, Dec. 6: “I don’t even want to react or comment. It’s not even in my stratosphere. I’m in a happy place at this moment. These kinds of random things can’t disturb it.” JB