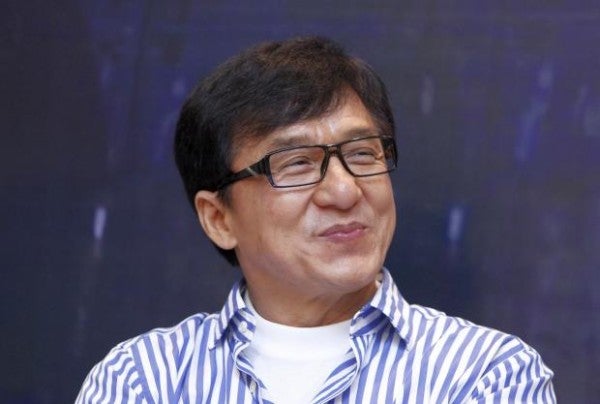 Hong Kong action star Jackie Chan went unfiltered in his memoir titled “Never Grow Up”, admitting that he committed domestic violence, cheated on his wife and frequented a prostitute.

Chan divulged his professionalism was compromised by his inability to curb his drinking, as reported by the South China Morning Post on Monday, Dec. 3. The action star recounted that he would go to the studio at noon, even though the call time was in the morning, wearing a pair of dark glasses to hide his puffy face from a night of drinking.

“I drove drunk all the time,” Chan wrote, sharing he went through a phase known as “one before lunch, one after lunch.”

“In the morning I’d crash my Porsche, then in the evening I’d total a Mercedes-Benz. All day long, I went around in a haze,” the action star added.

Chan revealed there was also a time that he hurt his son with wife Joan Lin, Jaycee. Chan walked out after he and Lin argued. When he went back, he was angered when he saw Lin chatting and laughing with a female friend.

“Just as I was about to say something to her, Jaycee ran in, his hands pointed at me like guns, shouting ‘Bang! Bang!’ like he was shooting me to avenge his mother,” the report cited Chan. “Then he snatched the keys out my hand and threw them on the floor. When I bent down to pick them up, he kicked my hand away! I was furious.”

“I picked him up with one hand and flung him across the room, and he crashed into the sofa,” he stated.

While he did not expound, Chan admitted to cheating on Lin in 1999, calling it a “serious mistake.” Chan had an affair with 1990 Miss Asia Elaine Ng which resulted to a love child, Etta.

Opening more cans of worms, Chan recounted that he used to frequent a prostitute he knew as Number Nine. He met the woman during his first visit to the club when he was just starting his career.

“Every night, Number Nine and I would squeeze into her dingy little cubicle, the low ceiling right above us,” Chan penned, as per report. “The room wasn’t soundproof either, and we could hear pretty much everything around us, clear as crystal.”

“There were times when I’d notice people trying to peep through the cracks in the door at us,” he added. “Yet this little cubicle seemed like paradise to me.” Kate Matriano/JB