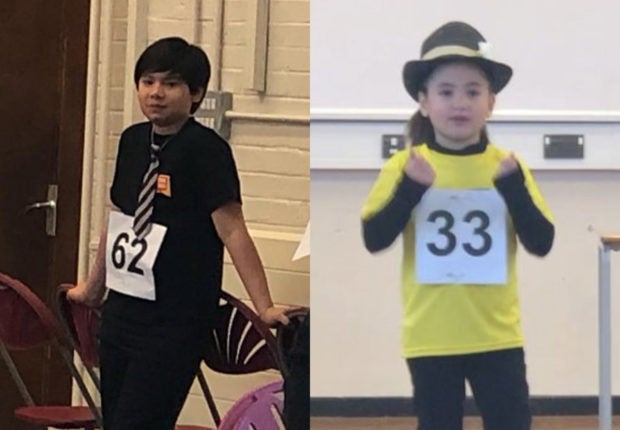 Jackie Forster’s children with husband Michel Franken, Jared and Caleigh, appear to have the makings of stars as they recently landed the lead roles for their school presentations.

Forster took to Instagram to express her admiration for her daughter’s achievement yesterday, Dec. 3. Wearing the iconic black hat Mary Poppins is known for, Caleigh confidently aced her role in the play of the same name.

It’s @caleighsimone first exams at this school, she did amazing for being with them just a few months! And she landed the lead on Mary Poppins. Since it’s stage1 I think they look for memorization of lines and blocking’s, dance steps plus understanding of story and character . I still can’t get over how at ease she was performing infront of about 100 people. 🎭 #kikaycaleigh #thekikaycaleighshow 🎥 #futureisBright #proudmama She hit her high notes on the second video!

Forster’s very “kikay” daughter who suffered from leukemia in the past, memorized her lines and dance steps with ease. But what made Caleigh shine in the performance exam, however, was her angelic voice — the proud mother was in awe after her daughter hit the high notes.

Caleigh is not the only one among the Franken brood to be blessed with musical chops. Forster’s son, Jared, showed off that he has what it takes to be a Broadway star in his “School of Rock ” play.

Doing what he does best! So proud to watch him know his blocking’s, dialogue and memorize dance moves too! @jared_therockstar was also lead for a portion of their exam piece – The School of Rock ♥️ 🎶 🕺🏼 🎭 #jaredtherockstar #proudmama

“Doing what he does best!” wrote Forster. “So proud to watch him know his blocking, dialogue and memorize dance moves too!”

Even their youngest brother, Yohan, appears to have taken a liking to theater as well. Yohan can be heard asking his mother for his turn in vocalization in a video uploaded by Forster on Saturday, Dec. 1.

While Forster’s children are yet to enter show business because she wants them to enjoy their childhood first, it looks like Jared and Caleigh are already on their way to making names for themselves. JB

Why Jackie Forster’s kids aren’t in showbiz yet