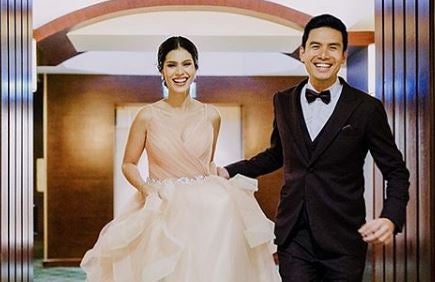 Scenes from the Bautistas’ second wedding reception surfaced online after many celebrity friends took to social media to share snaps and clips of the enchanting, star-studded affair at the Manila Hotel’s Champagne Room.

Leading digital photo and video services company Nice Print Photo Company also took to their official Instagram account yesterday, Dec. 2, and today, Dec. 3 to share photos of the wedded couple in their reception, one of which showed the two posing in front of the camera as they clung to each other.

Celebrity guests also posted on their own Instagram accounts to share scenes from the reception. Celebrity to the stars Vicki Belo took to her Instagram Stories on Dec. 2 to share a photo of her and husband Dr. Hayden Kho with the newlyweds, as well as Morissette Amon’s performance during the reception.

“With newlyweds, Christian and Kat, and @dioseldosy,” wrote Belo. “Our #BeloBaby, Morissette, wowing everyone with her amazing voice.” 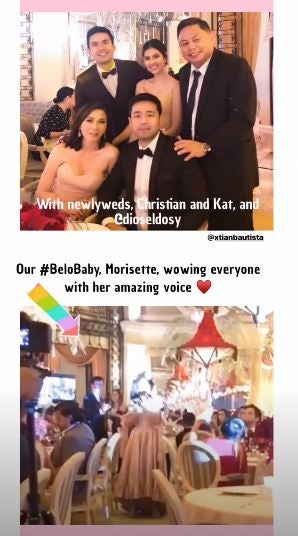 TV host Tim Yap shared a clip of Bautista and Ramnani devouring their custom-made cake, constructed by the Naked Patisserie. Naked Patisserie was also behind the couple’s four-layer buttercream cake with doughnuts in their Bali wedding last November. 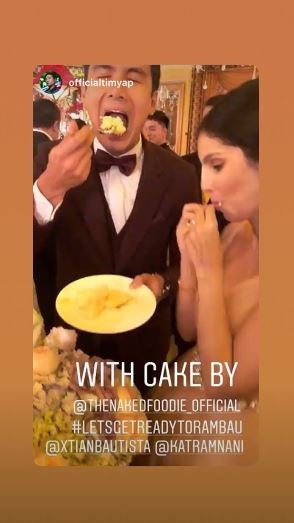 Belo, too, could not help but gush over the table setting and the dessert spread in the reception. 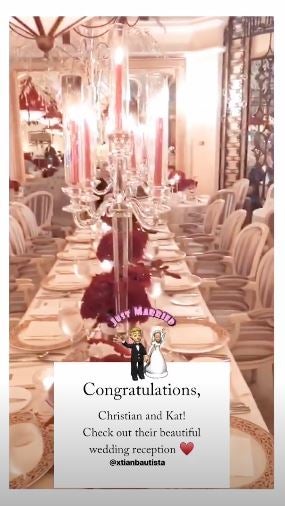 “Yummy,” wrote Belo. “Dessert table is to die for!” 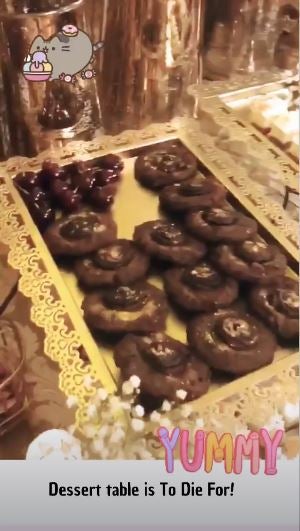 Filmmaker Quark Henares, meanwhile, shared clips of the various performers of the night, such as Jed Madela. 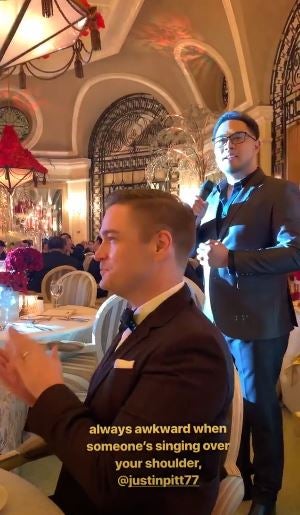 He also shared clips of Nyoy Volante and Morissette Amon serenading the couple and the guests during the reception. 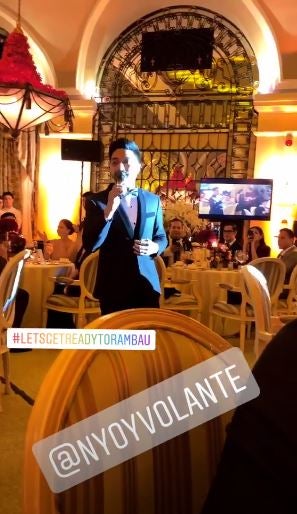 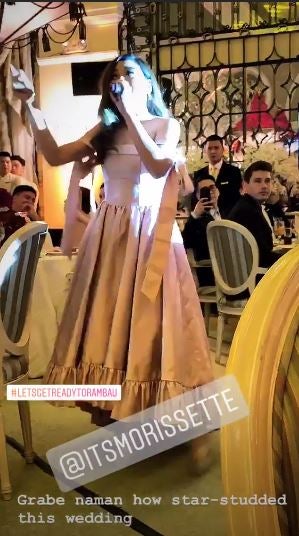 Other stars seen in the reception were singers Lea Salonga, Kuh Ledesma, Ogie Alcasid and Tippy dos Santos. The group photo was shared by Happy Dos Santos, Tippy’s mother, on Instagram last Dec. 2 where she expressed her joy over seeing her idol Salonga.

Sam Concepcion’s presence was also made known, as per artist and talent manager Carlo Orosa’s posts from the night. In the photo, Concepcion can be seen striking a peace sign as he gazed at the camera.

Valenciano, meanwhile, found himself “starstruck” upon seeing Geronimo in the reception, as per his Instagram post on Dec. 2.