Christian Bautista has tied the knot with Kat Ramnani in scenic Bali, Indonesia, in a ceremony yesterday, Nov. 17. 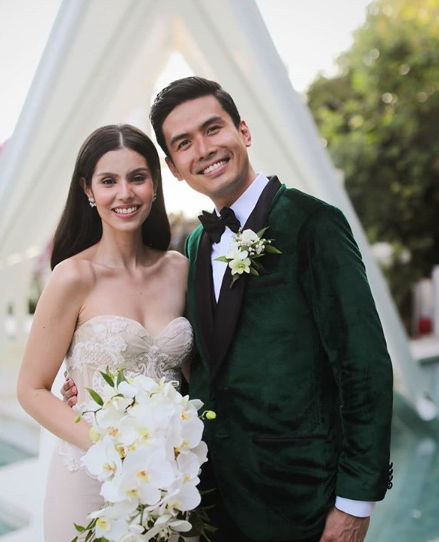 The couple married at the glass-paneled Luhur Chapel in Tirtha Uluwatu, a wedding venue atop a cliff with a view of the majestic Indian Ocean.

The reception was also held in Tirtha Uluwatu. According to photographer Francis Perez, guests were treated to a four-course meal with wine.

The party continued in an outdoor area where guests held sparklers beneath twinkling lights. Meanwhile, the newlyweds cut a four-layer buttercream cake with doughnuts by Naked Patisserie.

The night before their wedding, the couple hosted a Bollywood-themed party with their guests, with both dressed in outfits inspired by traditional Indian attire.

Bautista and Ramnani will have a second wedding this December in the Philippines. The singer and actor proposed to Ramnani last Oct. 30 in Venice, two years after they reportedly met in 2015. JB