U.S. actor Robert De Niro on Saturday received a tribute award at the Marrakech film festival from the hands of his old friend, director Martin Scorcese. 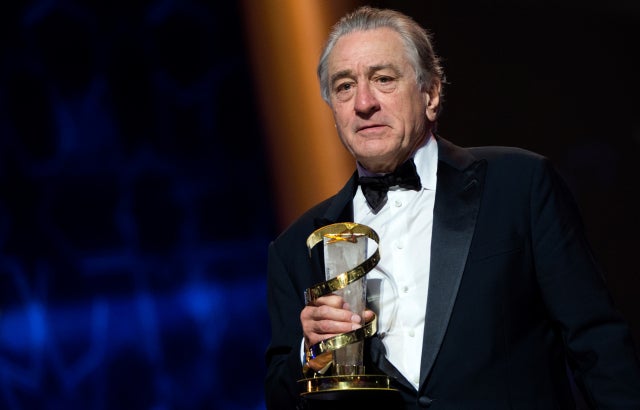 The double Oscar winner’s ninth collaboration with Scorsese will be Netflix’s “The Irishman,” set for release next year.

“We made our first film together, I think it was over 45 years ago… One of the great blessings of my life,” said De Niro.

Scorsese, while handing him the award joked: “What would this be? The mid-point of his career? It is probably more accurate to say the peak of his career but then this guy has more peaks than the Atlas mountains.”

De Niro used the occasion to lash out at President Donald Trump and his “America First” mantra.

“Sadly, in my country, we are going through a grotesque version of nationalism… marked by greed, xenophobia and selfishness under the banner of ‘America First’,” he said.

De Niro has been a frequent critic of Trump and used an expletive to condemn the American president at the televised Tony Awards in June, receiving a standing ovation. NVG