Andi Eigenmann and Jake Ejercito reunited to throw a birthday party for their daughter Ellie as she turned 7. 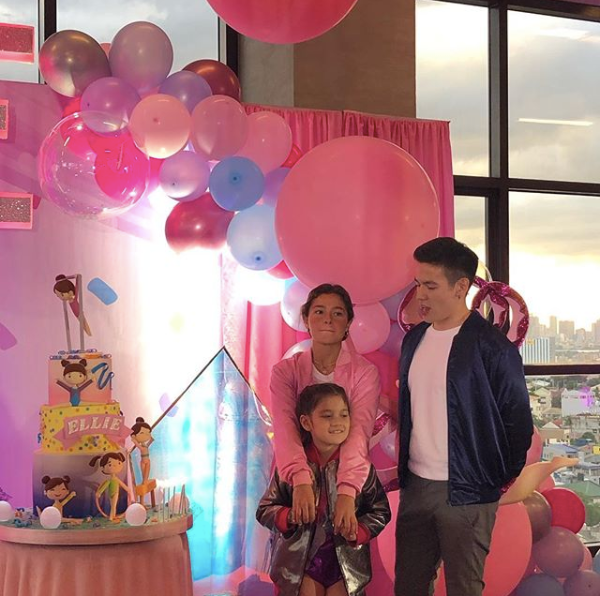 The celebration was held yesterday, Dec. 1, days after Ellie’s birthday on Nov. 23. It was themed after her favorite sport, gymnastics, with shiny hoops and pink, silver and blue balloons adorning the event space. 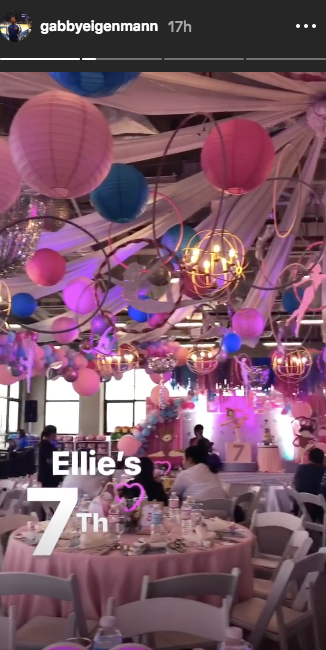 Ellie wore blue and purple leotards, a silver jacket with “Ellie 7” embroidered in pink letters, and a medal to complete her look.

Jake and Andi wore blue and pink jackets respectively with “Team Ellie” sewn on the back. Both have been supportive of their daughter’s efforts in the sport, and Ellie has taken home medals to make them proud.

Ellie had a three-tier cake which showed a cartoon figure of herself in different gymnastic poses such as a split, standing on a beam, and a cake topper of her swinging from a bar.

Both sides of the family were in attendance, such as Andi’s siblings Gabby, Max and Stevie, and Jake’s sister Jerika.

Meanwhile, Andi’s brother Gabby Eigenmann teased his sister and Jake as they stood in front with their only child. 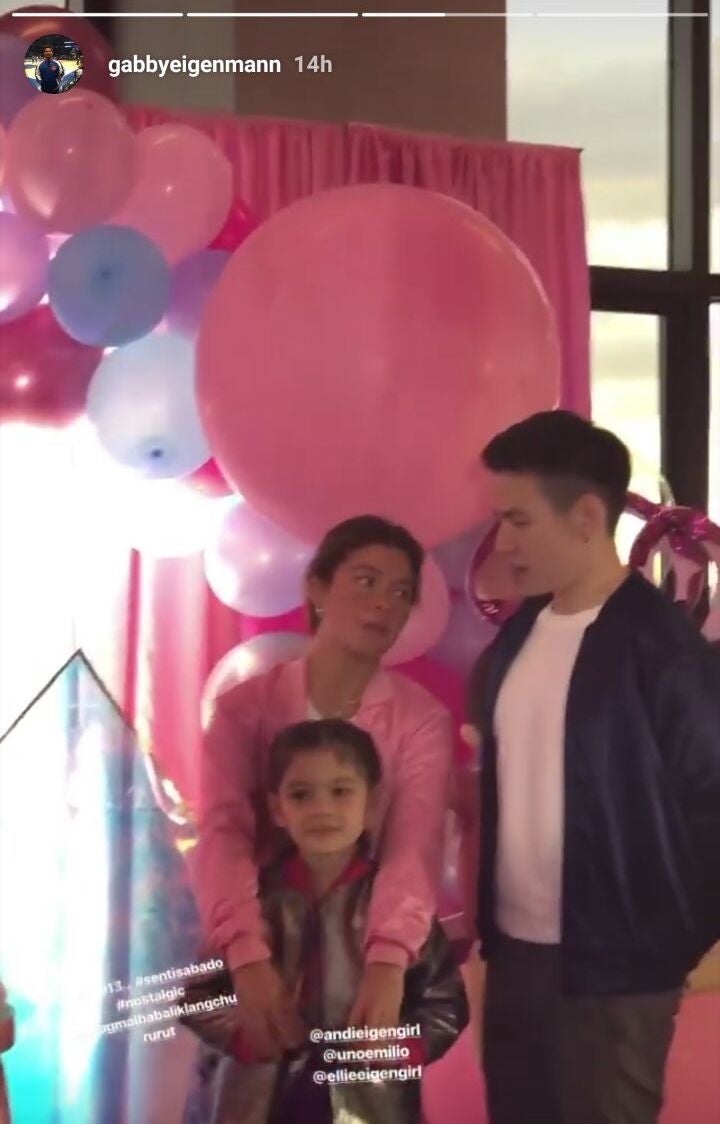 “So 2013,” he wrote on Instagram Stories yesterday as he shared a video of the three beside Ellie’s cake. He used hashtags #sentisabado and #nostalgic presumably to hint at the romance that once was between the former couple.

It seems that the only relationship the two will maintain is that of being parents. The actress is currently dating surfer Philmar Alipayo who is based in Siargao. She and Jake take turns spending time with Ellie who studies in Manila. JB

Andi Eigenmann thinks she and Jake Ejercito are not friends