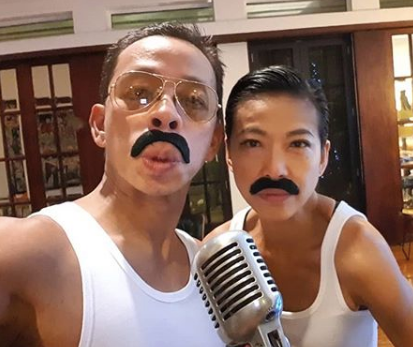 The worldwide release of biopic “Bohemian Rhapsody” sure saw many Queen fans at their happiest as the film brought to life the flamboyant, meteoric Freddie Mercury and bandmates Brian May, Roger Taylor and John Deacon through stars Rami Malek, Gwilym Lee, Ben Hardy and Joe Mazzello.

The tremendous hype was much anticipated and so were the glimmering reactions of fans—including television host Kim “Kuya Kim” Atienza, among others–who just could not get enough of Queen .

Atienza seemed to still be on a high from the film as he took to his social media last Nov. 25 to share a picture of him and wife, Felicia, wearing Mercury’s iconic skin-tight white tank top and signature moustache.

The look was popular among his fans and celebrity friends such as news anchors Karen Davila and Gretchen Fullido along with actors Dingdong Dantes and Jhong Hilario, among others.

Dantes, on his end, thought the look was a winner: “Panalo!” 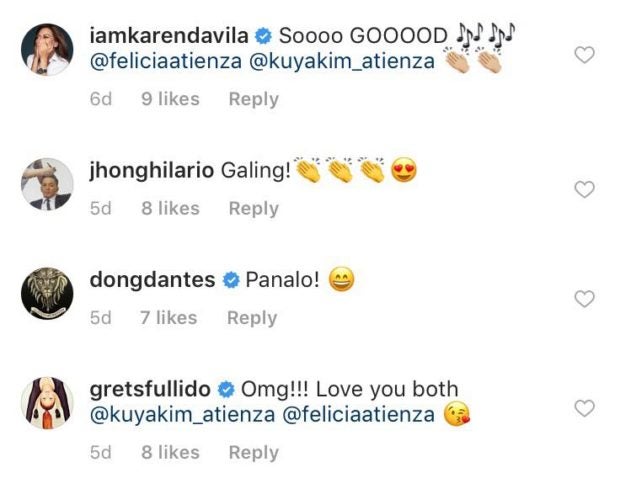 In another Instagram post on Nov. 26, Atienza shared more pictures of him, captured by Dino Lising, as the Queen frontman. The get-up was for the Christmas party of EO Philippines where Atienza performed one of Queen’s biggest hits.

In his video, Atienza can be seen on stage with a band and another Mercury clone belting out to “Bohemian Rhapsody” as the audience lost themselves to the music.