The second edition of the Tingin Asean (Association of Southeast Asian Nations) Film Festival doesn’t just introduce Pinoy cineastes to the way their Southeast Asian neighbors live and love; it also brings the region’s other pressing concerns much closer to home.

But, the festival—which reels off from Nov. 26 to 29 at Gateway—doesn’t merely parade each country’s divisive political ideologies while its rich culture is being trotted out prettily in the backdrop.

In fact, it tackles universal issues that demand to be addressed—like love and migration (“The Road to Mandalay”), sin and retribution (“Dukun”), family ties (“Vientianne in Love”), the hard lessons of history (“The Last Reel”), our perpetual quest for identity (“Homogenous, Empty Time”), and even the role of women in society.

“Many of this year’s entries feature strong women,” festival programmer Patrick Campos told the Inquirer Entertainment. “In addition, the films reflect the present struggles of the people in Southeast Asia.

“To choose the lineup, we followed the following criteria: Each Southeast Asian country should be represented. Also, the richness of cultures must be demonstrated by a variety of narratives and genres. The films should speak not only to niche viewers, but to a general audience.

“More conceptually, the productions must give Filipino viewers affecting viewpoints that would allow them to imagine how it is to be Southeast Asians, not just in political and economic terms, but also in neighborly ways.”

The festival is one of the projects of the NCCA (National Commission for Culture and the Arts) to promote the excitingly diverse cultures of Southeast Asia to Pinoys.

“The Philippines has been a part of the Asean for 50 years,” NCCA commissioner Teddy Co explained. “Tingin is gathering these films in one venue to come up with a composite picture of modern Southeast Asia. The audiences will realize while watching them that, while we are different from our neighbors, we also have a lot of similarities.”

“It will also pay tribute to [newly conferred] National Artist for Film Kidlat Tahimik, the godfather of the Filipino new wave. We will be showing two of his important works (‘Perfumed Nightmare,’ ‘Who Invented the Yoyo? Who Invented the Moon Buggy?’), to reintroduce him to moviegoers who aren’t familiar with his oeuvre.”

When asked what sets the fest apart from the sampu-sampera film events in the country, festival director Maya Quirino mused, “Tingin focuses on films from the Asean region … to recognize the voices of its filmmakers. So, it has master classes by directors who are part of the festival, like Kulikar Sotho, one of Cambodia’s leading filmmakers, and Victor Tagaro, who won an Urian for ‘Yield.’ Tingin is our way of helping nurture the Filipino imagination.”

This year’s entries demonstrate the global and collaborative reach of cinema, Campos enthused: “They illustrate what happens when cross-cultural collaborations happen: For example, ‘hUSh’ is an Indonesian-Singaporean production; ‘Yield’ is Filipino-Japanese; ‘Vientiane in Love’ is Lao-Thai; and ‘The Road to Mandalay’ is a Taiwan-Myanmar project.”

Each film has its own charm, and watching the entries makes you feel like you’re backpacking and hopscotching around Southeast Asia. 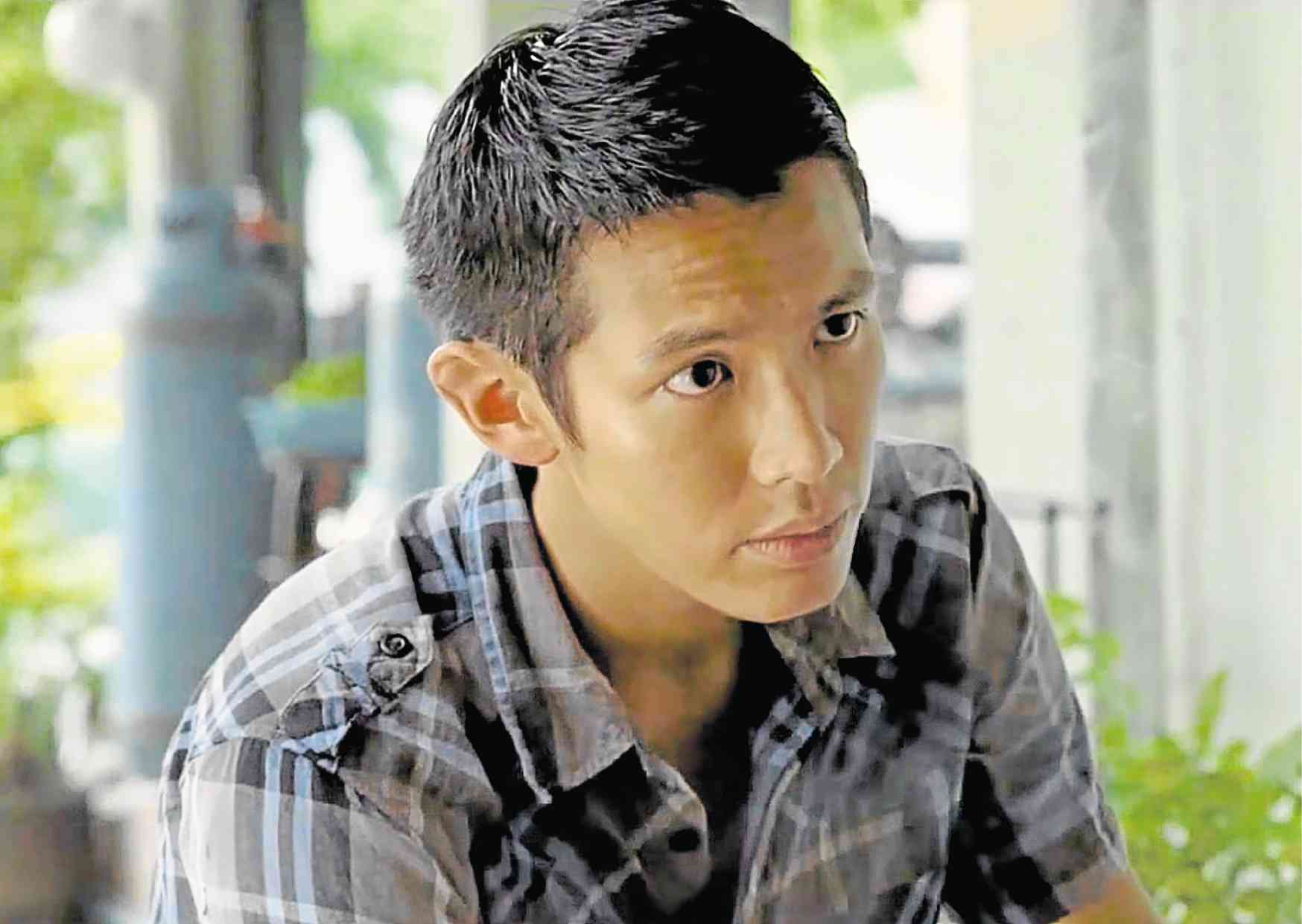 Kai Ko in “The Road to Mandalay”

But, our top picks are Midi Z’s Venice fest-winning “The Road to Mandalay,” Joko Anwar’s “A Copy of My Mind,” Maw Naing Aung and The Maw Naing’s “The Monk,” and Kulikar Sotho’s “The Last Reel.”

You won’t be able to take your eyes off “The Road to Mandalay” as it chronicles the events that follow when Burmese peasants Lianqing (Wu Ke-xi) and Guo (Kai Ko) enter Thailand illegally to seek greener pastures.

But, tragedy ensues when Guo’s deep affection for Lianqing falls on deaf ears. 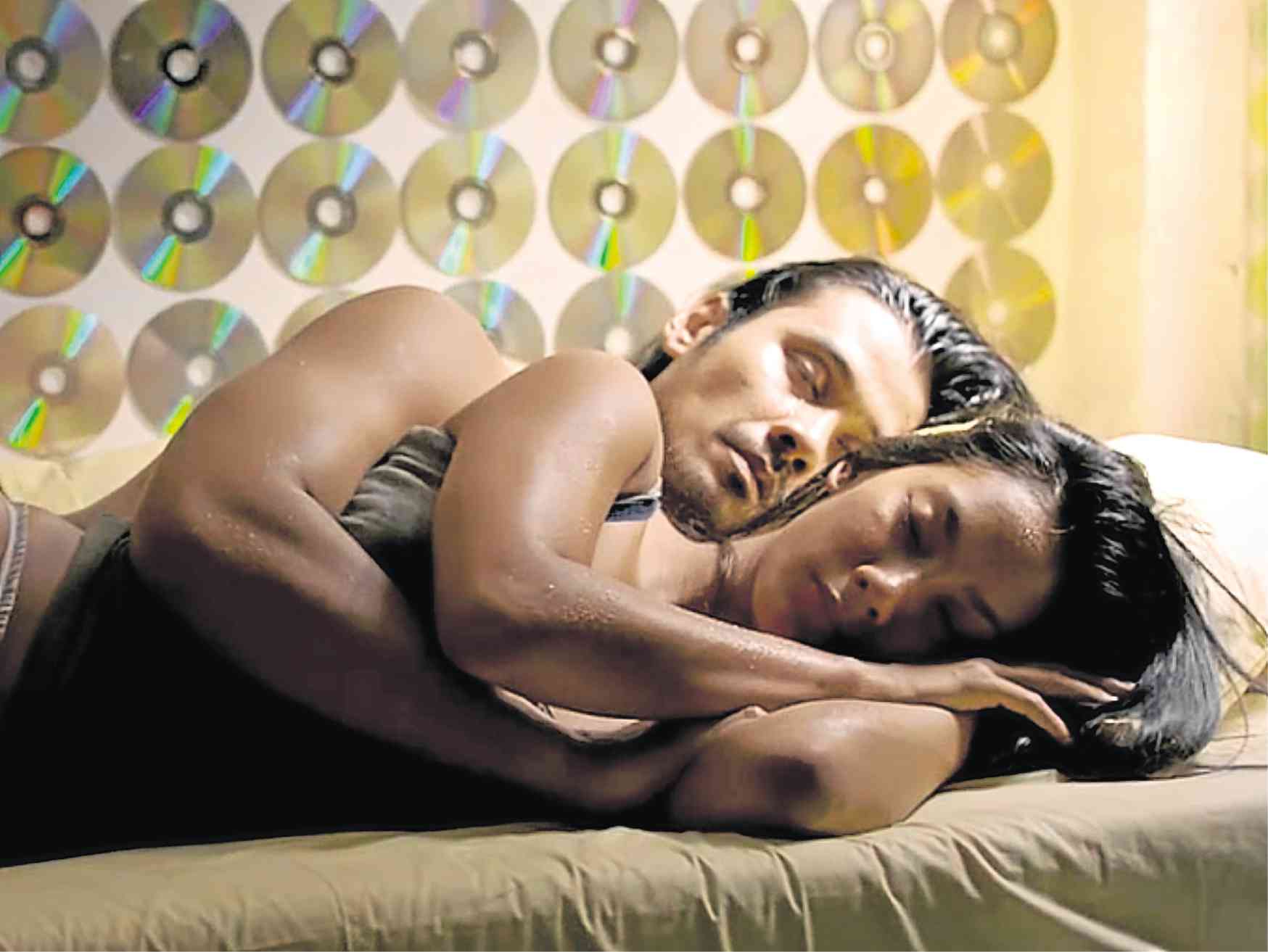 In “A Copy of My Mind,” spa attendant Sari (the lovely Tara Basro) commits a petty crime, then finds herself surprisingly entangled in a deadly web of political corruption and intrigue during a hotly contested presidential election in Indonesia. Can Sari’s charming new boyfriend Alek (Chicco Jerikho), who writes English subtitles for pirated DVDs, find a way to extricate her out of the tricky mess she’s in? 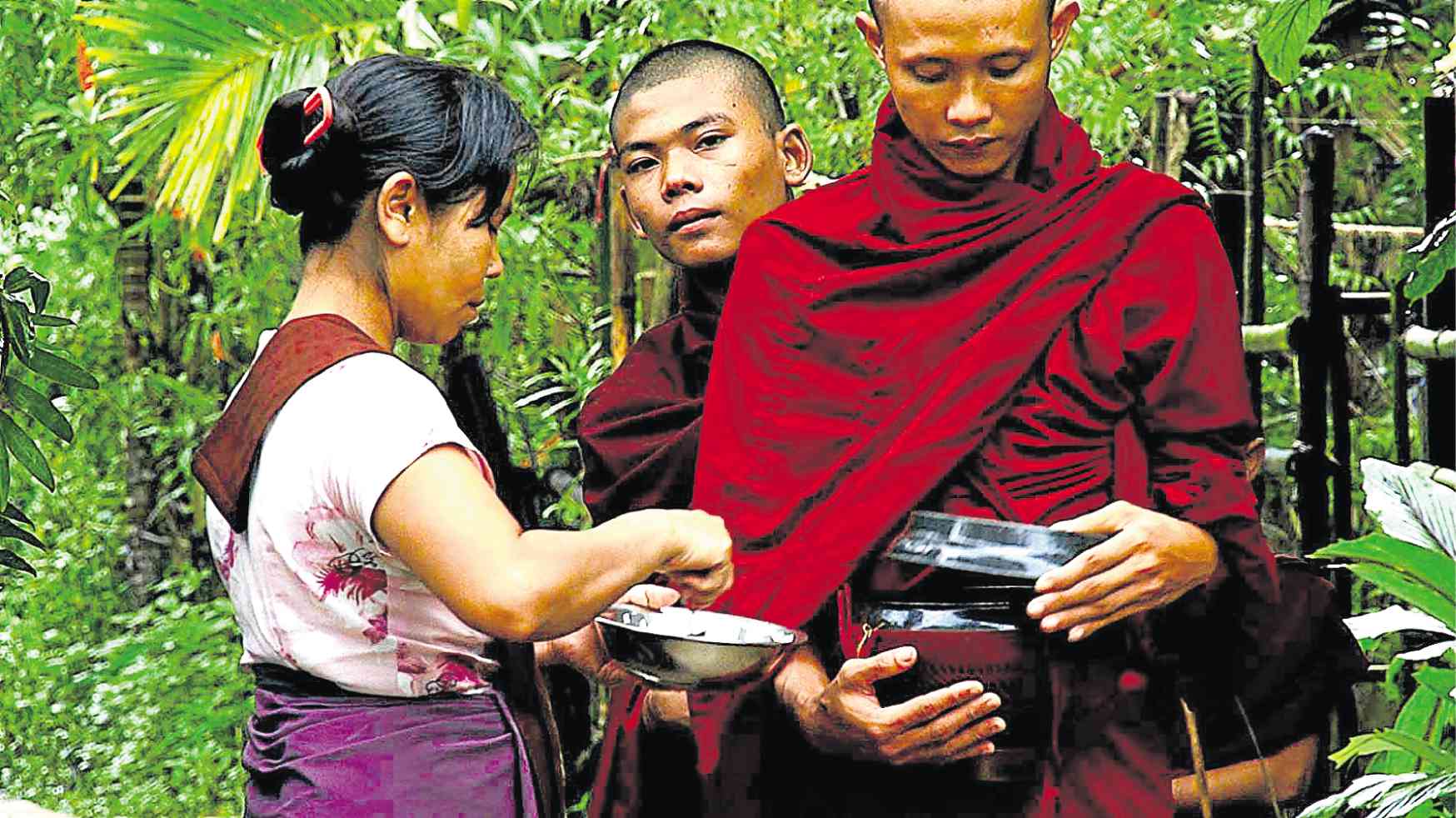 In “The Monk,” young monk Zawana (Kyaw Nyi Thu) hits a fork in the road when U Dahma, his superior in the Buddhist monastery where he works, falls ill. But, when the latter dies, Zawana knows only too well that it’s time to move on. But, where will uncertainty lead him? 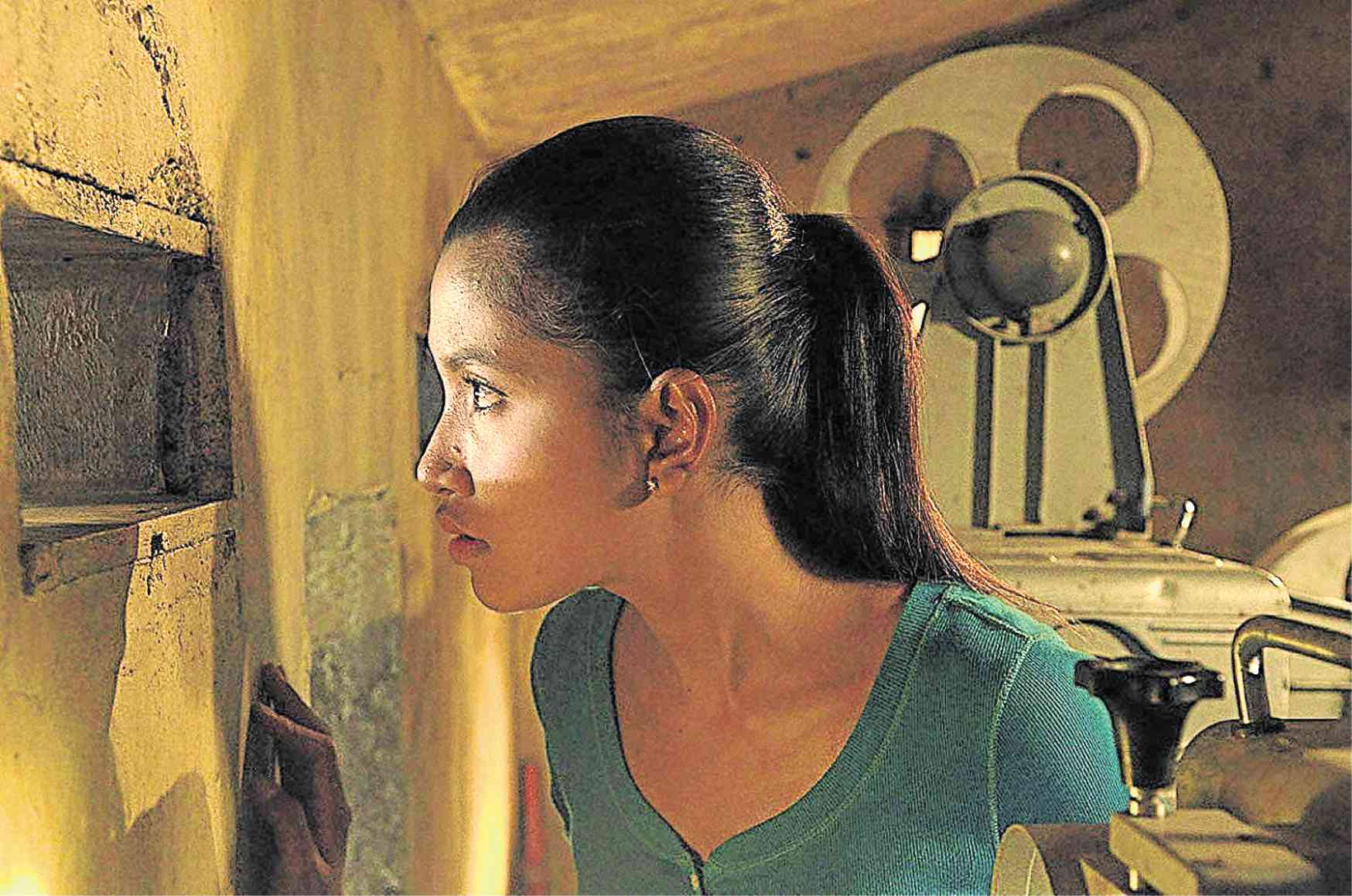 Ma Rynet in “The Last Reel”

unravels the shocking story behind the lost reel of an unfinished film buried beneath Cambodia’s killing fields: Between 1975 and 1979, Pol Pot and the Khmer Rouge wreaked havoc on Phnom Penh, then killed more than a quarter of Cambodia’s population—that’s about 1.8 million people!

Dain Said’s “Dukun” plays out like a Pinoy legal drama with supernatural elements.

Loosely based on a true story, it follows the deadly misadventures of defense lawyer Karim Osman (Faizal Hussein) after he grudgingly agrees to represent Malaysian singer-turned-witchdoctor Diana Dahlan (Umie Aida) in a criminal court, following the gruesome murder of influential businessman Dato Jeffri.

The film wrapped up production in 2006, but was only released this year. Its inclusion in Tingin is the first time that it will be screened outside Malaysia.

Dang Di Phan’s “Big Father, Small Father and Other Stories” is about Vu (Cong Huang Le), a young photographer who decides to get a vasectomy in overpopulated Saigon to receive money from the government.

While it is for the most part unevenly realized, “Vientiane in Love” is nevertheless fascinating because it is a five-story anthology helmed by four of Laos’ top directors.

It tackles the downside of social media, a fascinating meeting between a woman and her husband’s mistress, a jealous guy and his girlfriend, a pretty lass who decides to hook up with a less-than-attractive guy after a heartbreak, and a lonely fisherman who feels trapped in the crowded city.

Siti Kamaluddin and Man-Ching Chan’s “Yasmine” (Brunei) is about a woman who works hard to become an expert at silat, Indonesia’s version of kung fu.

Thunska Pansittivorakul and Harit Srikhao’s docu “Homogeneous, Empty Time” explores themes about nationalism and identity. It features a deeply polarizing finale (no spoilers here) that could generate heated discussions about its pertinence in the story.

TAGS: Copy of My Mind, Dukun, Mandalay3, The Last Reel, The Monk2