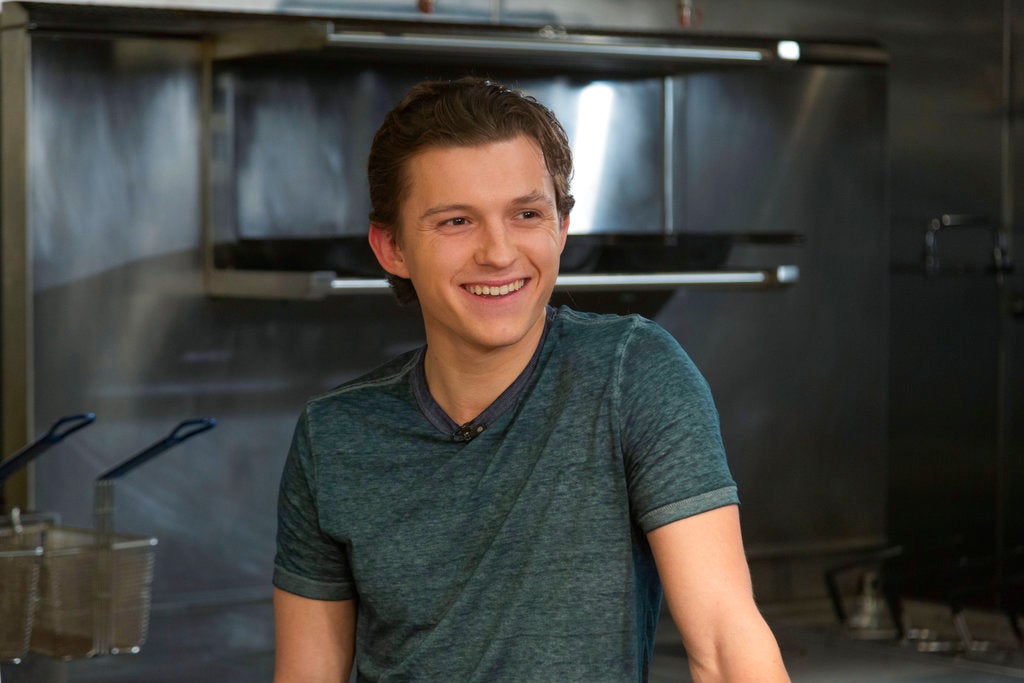 In this Nov. 12, 2018 file photo, Tom Holland participates in the Cooking with “The Avengers” event at the Simone Restaurant in Los Angeles. Image: Willy Sanjuan /AP

However, all that changed for the British actor during a recent Thanksgiving cooking lesson with “Avengers” co-director Joe Russo and chef Jessica Largey who introduced him to kabocha squash, a delicacy known as Japanese pumpkin.

The exclusive cooking lesson was held at Russo’s new restaurant called Simone in the arts district of downtown Los Angeles.

“It’s hard that I’m starting with probably the best pumpkin I’ll ever have,” Holland joked with The Associated Press.

Russo is a co-owner of the restaurant with Largey, a James Beard winner. She whipped up the dish with ingredients involving pumpkin, chanterelle mushrooms, passionfruit and some kale.

“That’s so good, the passionfruit as well,” Holland said before scooping up another spoonful. “And the kale is crunchy so there’s a nice like textural thing.”

After the taste test, the 22-year-old Holland told the chef “That was delicious. So, I’ll come back tomorrow.” The actor said he typically spends Thanksgivings in his native United Kingdom.

Largey gave Holland a few tips on how to make macaroni and cheese, one of the actor’s favorite foods. She also said the pumpkin dish is one of Russo’s favorite on the restaurant’s menu.

Holland said he recently learned about a clever recipe on Instagram that calls for cheese to be placed at the bottom of a mug, then basil, tomato sauce and rigatoni are added, before another layer of cheese.

“You put a plate on, flip it that way and bake it. Then you take it off and you have a pasta pie — it’s really good and it’s super easy to do and it looks way more impressive than it actually is. That’s my go-to.”

Holland’s “Spider-Man: Far From Home” is scheduled for release in July. Russo’s next Avengers film is to be released in May. AB