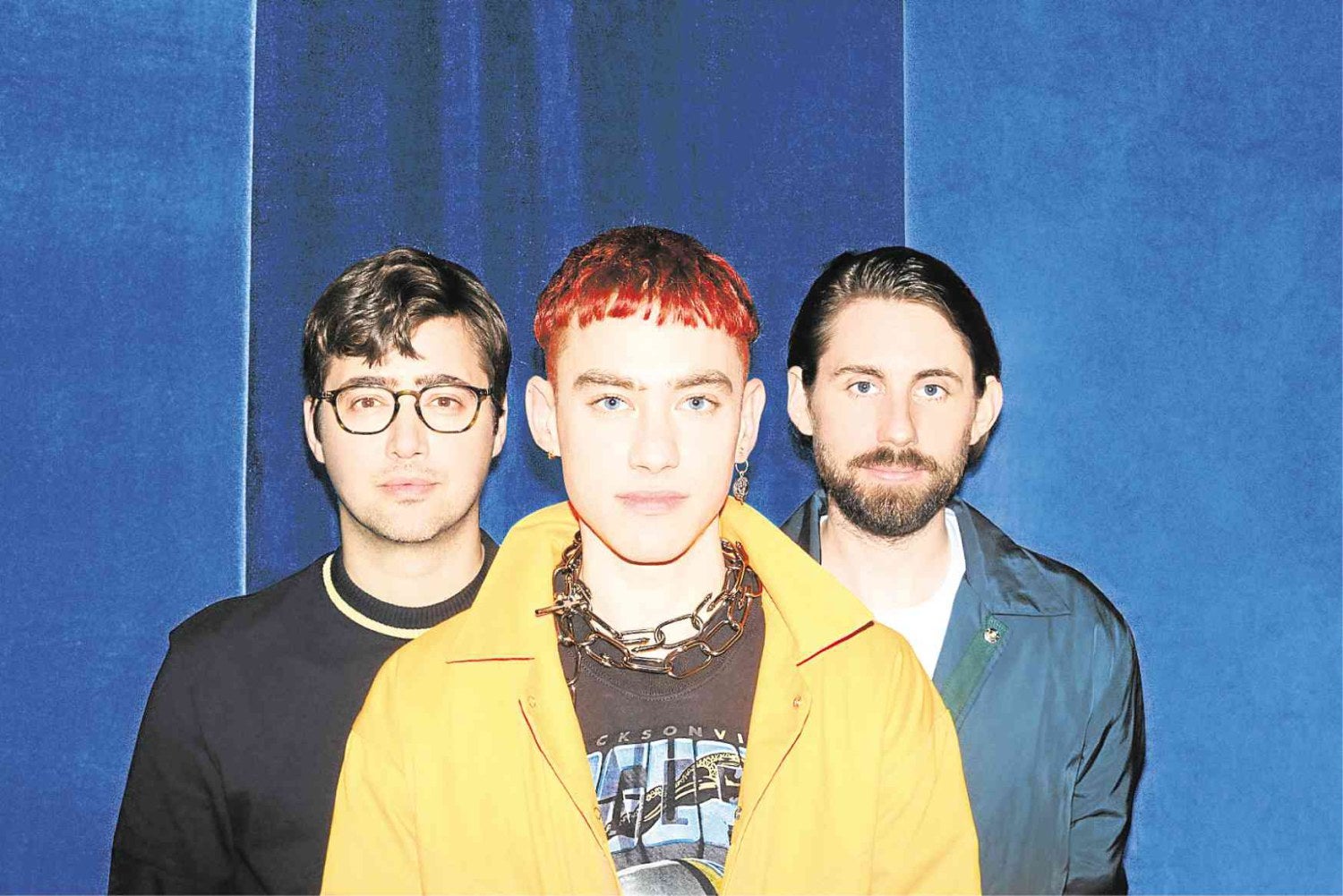 Years & Years, the British electro-pop group led by musician-actor Olly Alexander, is set to visit the Philippines for the first time and take the stage at New Frontier Theater on Feb. 25 next year.

The concert—mounted by MMI Live—is part of the three-piece band “Palo Santo” tour, which was launched last year in support of Years & Years’ second studio album of the same title (call 911-5555).

Also composed of Mikey Goldsworthy and Emre Türkmen, the band was formed in 2010 and crafts pop music that meshes elements of R&B, electronic and house music. Their debut album, “Communion,” produced the hits “King,” “Eyes Shut” and “Shine.”

The trio’s second and latest effort, meanwhile, is a concept record set in a universe, where Olly can be his “freest self and not tied to a gender or sexuality.” “I’ll just create my own world where those things don’t exist, where anybody can be any gender and sexuality that they like,” he said in a statement.

Olly, who has previously appeared in such shows as “Skins” and “Penny Dreadful,” used to be scared performing onstage. That changed when he started seeing “so many queer kids in the front row.” “They were just having the best times of their lives, making friends with each other,” he said. “I had never experienced anything like that until I became the singer of Years & Years.” —ALLAN POLICARPIO