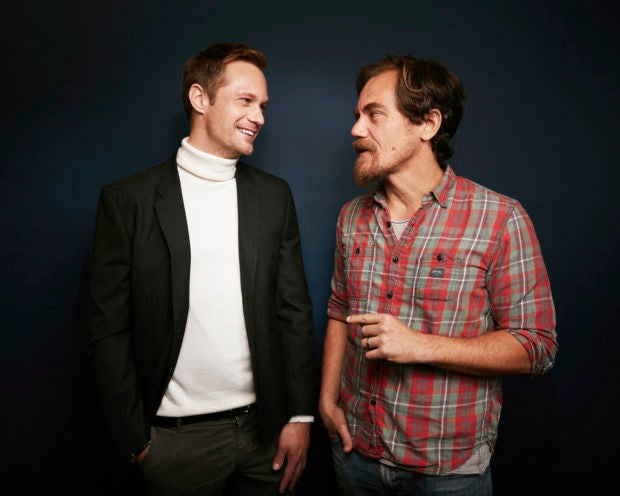 Skarsgard and Michael Shannon star in a six-hour miniseries based on the novel, playing Israeli agents on the hunt for a Palestinian bomber. “The Little Drummer Girl” premieres Monday night on AMC.

“What’s depressing is the fact that it takes place 35 years ago, but it feels more relevant today than ever,” Skarsgard said. “We’re in a situation where feels like we’ll be having this conversation in 35 years. And it’s horrific what’s happening down there.”

The story centers around the manipulation of a radical left-wing actress named Charlie, played by Florence Pugh, who is coerced to go undercover to help root out a terrorist named Khalil, responsible for bombing Jewish-related targets in Europe.

Shannon didn’t see any ethical issues with the premise of using a thespian to a root out a terrorist. Instead, he was enthralled by the concept.

“It seems to highlight something that I find very intriguing — that there can be a difference between your identity and your true self. That you can actually present yourself to be someone entirely other than who you actually are, which I think people do a lot,” Shannon said.

“To spend like four or five months with one of the greatest filmmakers on the planet, it’s obviously such a treat for us actors,” Skarsgard said.

Skarsgard, fresh off an Emmy win for the HBO series “Big Little Lies,” tends to gravitate toward meatier projects, so the script length also appealed to him.

“When you have a 400-page script as opposed to 100, it’s so rich. You can go so deep and you can discover,” Skarsgard said. “You can really take your time and enjoy it and slowly introduce characters and conflicts.” MKH