Paris Hilton and Chris Zylka have split less than a year after their New Year’s weekend engagement. 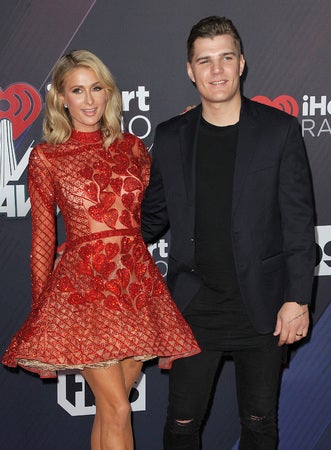 The 37-year-old heiress and the 33-year-old actor and model broke up weeks ago, according to a People source yesterday, Nov. 19. Hilton allegedly felt that the relationship wasn’t “right for her” after dating for about two years.

Though she did love Zylka, Hilton reportedly had cold feet and did not see a forever with him, a source told E! News in a Nov. 19 report. The couple also had problems over the past six months.

The January proposal happened atop the slopes of Aspen in Colorado, with Hilton overjoyed to receive a sizeable pear-shaped rock, which People valued at $2 million.

Last August, Hilton told People that their wedding date would be in 2019 after reports said the couple intended to have 11/11 (Nov. 11) nuptials. She explained that she had initially agreed to it because the numbers were special to her, but that both she and Zylka were booked with projects during the year.

However, another source said it seemed doubtful from the onset that the two would marry. They allegedly did not throw an engagement party nor had their parents met each other.

Despite this claim, Hilton did seem excited about getting married. She announced last April that she found a wedding gown with the help of sister Nicky Hilton. The month before, she said she wanted Los Angeles bakery Hansen’s Cakes to create her wedding cake as she had had the bakery’s cakes for her birthday since childhood.

Both parties have yet to officially confirm their split, though Hilton did post this telling quote attributed to Marilyn Monroe today, Nov. 20, on Instagram Stories: “I believe that everything happens for a reason. People change so that you can learn to let go… and sometimes good things fall apart so better things can fall together.” 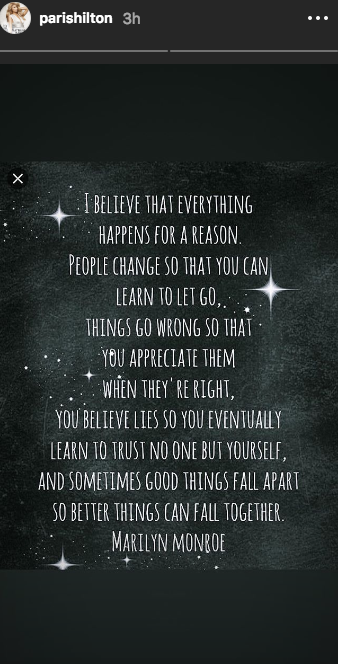 Hilton and Zylka met at an Oscars party eight years ago. The businesswoman told E! News in March 2017 that the two had been friends for six years and had only become serious in the previous recent months.  Niña V. Guno /ra

Read Next
Ed Sheeran, BTS collaboration in the works?
EDITORS' PICK
Palace: Malls, establishments may require customers to use of face shields
Syringes for Pfizer vaccine arriving on December 2 — NVOC chairperson
Smart offers wireless fiber-like speeds to Filipino homes with country’s first 5G Prepaid Home WiFi
Legarda: Ending Violence Against Women, a cause for all
This new condo in the South will make you want to turn a new leaf
Disease expert: Omicron variant may behave like Delta
MOST READ
Bongbong Marcos to face another disqualification case
Christine Bersola, Julius Babao cleared of cancer after colonoscopy, endoscopy
A Merry Bongbong
Isko Moreno ‘hopeful’ of getting Duterte’s backing as Bong Go withdraws
Don't miss out on the latest news and information.