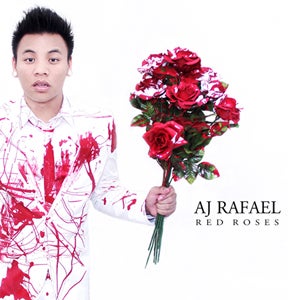 AJ Rafael, is a 22-year old music artist from Moreno Valley, California. AJ has garnered a worldwide audience with his original music, videos on YouTube.com, and live performances in the US, Canada, Australia, Europe and the Philippines.

With over 300,000 subscribers on YouTube, AJ Rafael’s fan base grows steadily. AJ continues to pick up attention by the likes of Billboard, which hand selected AJ for their Billboard Battle of the Bands last May where he finished in the Top 6.

With a new partnership with 37 Entertainment and Select-O-Hits Distribution, AJ Rafael released his independent album with the support of family, friends and a dedicated audience.

AJ’s pre-release singles, “We Could Happen” and “Without You”, have sold consistent units and push the “Red Roses” full album release.