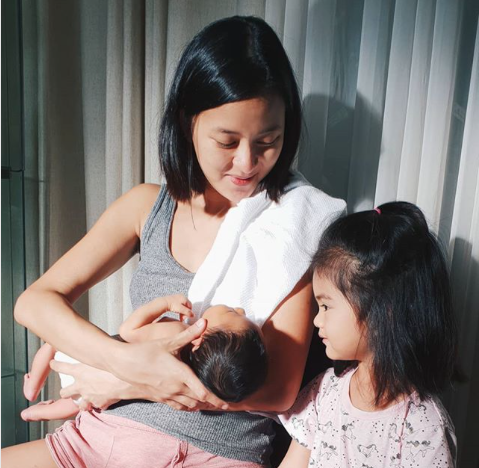 Television host and model Bianca Gonzalez-Intal shared on Tuesday the “harsh realities” of being a mom in an Instagram post.

Now a mother of two girls, Gonzalez said “perfect posts” she sees on her Instagram feed urged her to share the struggles of motherhood.

The television host admitted she had never been more exhausted and she “would not survive” if it weren’t for the help she gets at home.

“I’ve learned that balancing giving attention between your toddler and newborn is sooo emotionally taxing. Not to mention loss of sleep can make you go crazy!!!!” she added.

Nonetheless, she described motherhood as if “you grow another heart that has overflowing love for your second child just like your first.”

She gave birth to firstborn Lucia in October 2015, 10 months after she married basketball player JC Intal in December 2014. /jpv