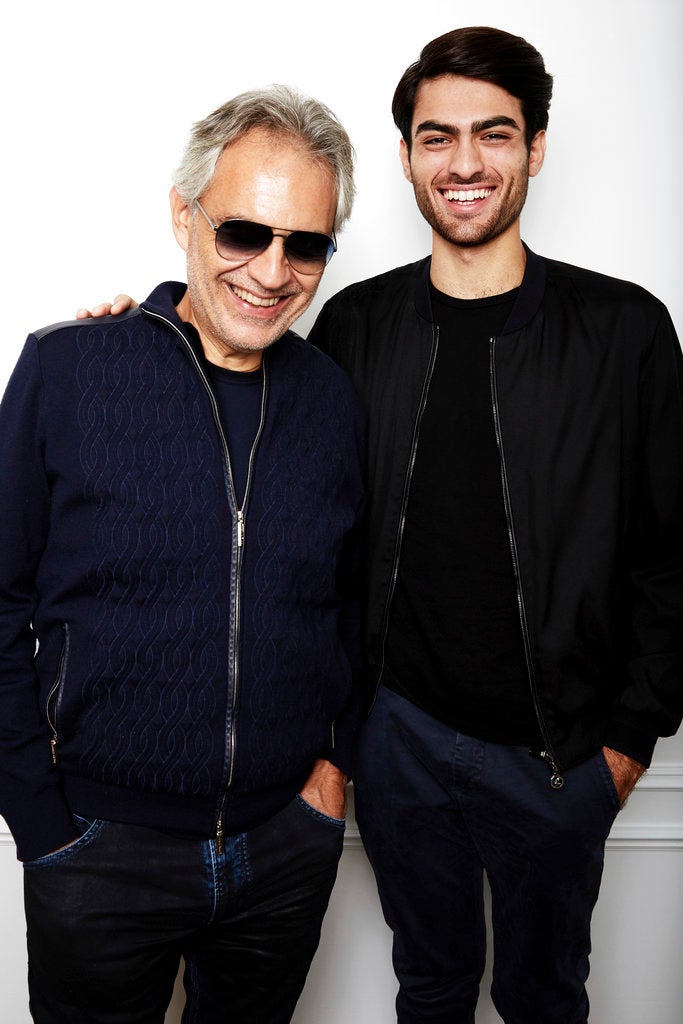 In this Oct. 26, 2018 photo, Andrea Bocelli and his son Matteo Bocelli pose for a portrait in New York to promote the album “Si,” a collection of duets, including their father and son song, “Fall On Me.” Image: Taylor Jewell / AP

NEW YORK (AP) — Italian star tenor Andrea Bocelli has teamed up with singers like Luciano Pavarotti, Placido Domingo and Ed Sheeran for acclaimed duets during his career, but singing with his son Matteo is something he hopes feels extra special.

“I hope it is a beautiful and enjoyable moment for anyone who listens to it,” Bocelli said in an interview last week.

“Fall on Me” appears on the maestro’s new album “Si,” released last week. The song, which reflects on the bond between parent and child, also appears in the new Disney film “The Nutcracker and the Four Realms,” starring Keira Knightley, Morgan Freeman, Mackenzie Foy and Helen Mirren. It opens in U.S. theaters Friday.

Bocelli, 60, and 21-year-old Matteo have sung many times together at home, so recording together did not feel strange, the veteran singer said. Matteo is studying music and likes to experiment with opera, pop and a combination of both — two genres his father has been extremely successful at.

“Matteo needs to finish his studies to be a serious singer. When you go to the doctor or to see a lawyer, you expect to find a serious professional. The same goes for singers,” said Bocelli, seated next to a smiling Matteo. “But Matteo has shown he has a gift. He has something you don’t learn.”

Matteo agrees with his father.

“I know that to make my dream come true I have to study a lot,” he said.

Bocelli, who is blind, has sold 85 million records worldwide and has performed for popes and presidents and at events like the Olympics and the World Cup.

“Si,” his first album of new material in 14 years recorded at his home in Italy, features duets with pop singer Josh Groban, rising British performer Dua Lipa and Russian soprano Aida Garifullina. The album also includes a song with Sheeran — marking the second collaboration between the English singer and Bocelli.

Bocelli said it took time to find the right songs for “Si.”

“This album was born over time. I was looking for songs that are up to (the) expectations, that are beautiful, and, well, it wasn’t easy to find them,” he said. “I hope 14 years have been enough (time).”

Billboard reported Tuesday that “Si” will likely debut at No. 1 on its all-genre albums chart next week. It would give Bocelli his first No. 1 album on the chart.

Bocelli, who says at times he still suffers from stage fright, is currently on tour, which also features Matteo onstage. They will play two shows at New York’s Madison Square Garden in December.

“The best advice I can give (Matteo) is through example,” Bocelli said. “He has seen me work since he was a boy.” AB