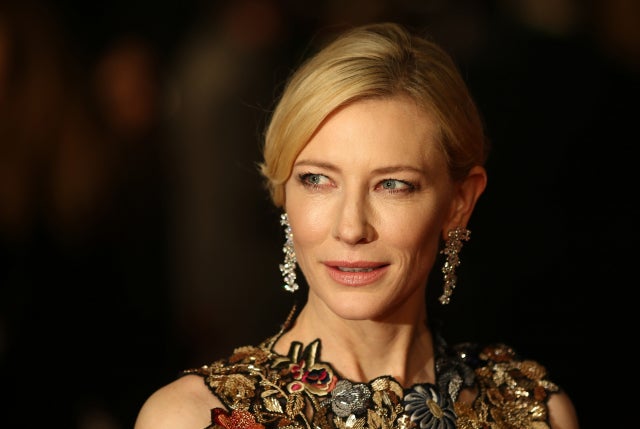 Created and written by “Mad Men” co-producer Dahvi Waller, the nine-episode series will feature Blanchett as conservative activist Phyllis Schlafly, who led the fight against the movement to ratify the Equal Rights Amendment (ERA).

The ERA is a proposed amendment to the US Constitution stating that equal rights may not be denied on the basis of one’s sex.

The amendment was passed by the US Congress in 1972 but failed to win the backing of enough states.

“Through the eyes of the women of that era — both Schlafly and second wave feminists Gloria Steinem, Betty Friedan, Shirley Chisholm, Bella Abzug and Jill Ruckelshaus — the series explores how one of the toughest battlegrounds in the culture wars of the 70s helped give rise to the Moral Majority and forever shifted our political landscape,” FX said in a statement.

“Mrs. America,” which will begin production next year, will mark Blanchett’s first role in an American television program.

“I feel privileged to have this opportunity to collaborate with Dahvi, Stacey (Sher) and Coco (Francini) under the robust and fearless FX umbrella,” Blanchett said in a statement.

“I am extremely excited about delving into the material as there couldn’t be a more appropriate time to peel back the layers of this recent period of history, which couldn’t be more relevant today.”

Blanchett joins other Hollywood A-listers who have made the jump to television in recent years, including Meryl Streep, Tom Hardy and Julia Roberts.

The Australian actress most recently starred on the big screen in “Thor: Ragnarok,” “Ocean’s 8” and “The House with a Clock in Its Walls.” NVG