Lucas Hedges comes of age, 1 film at a time 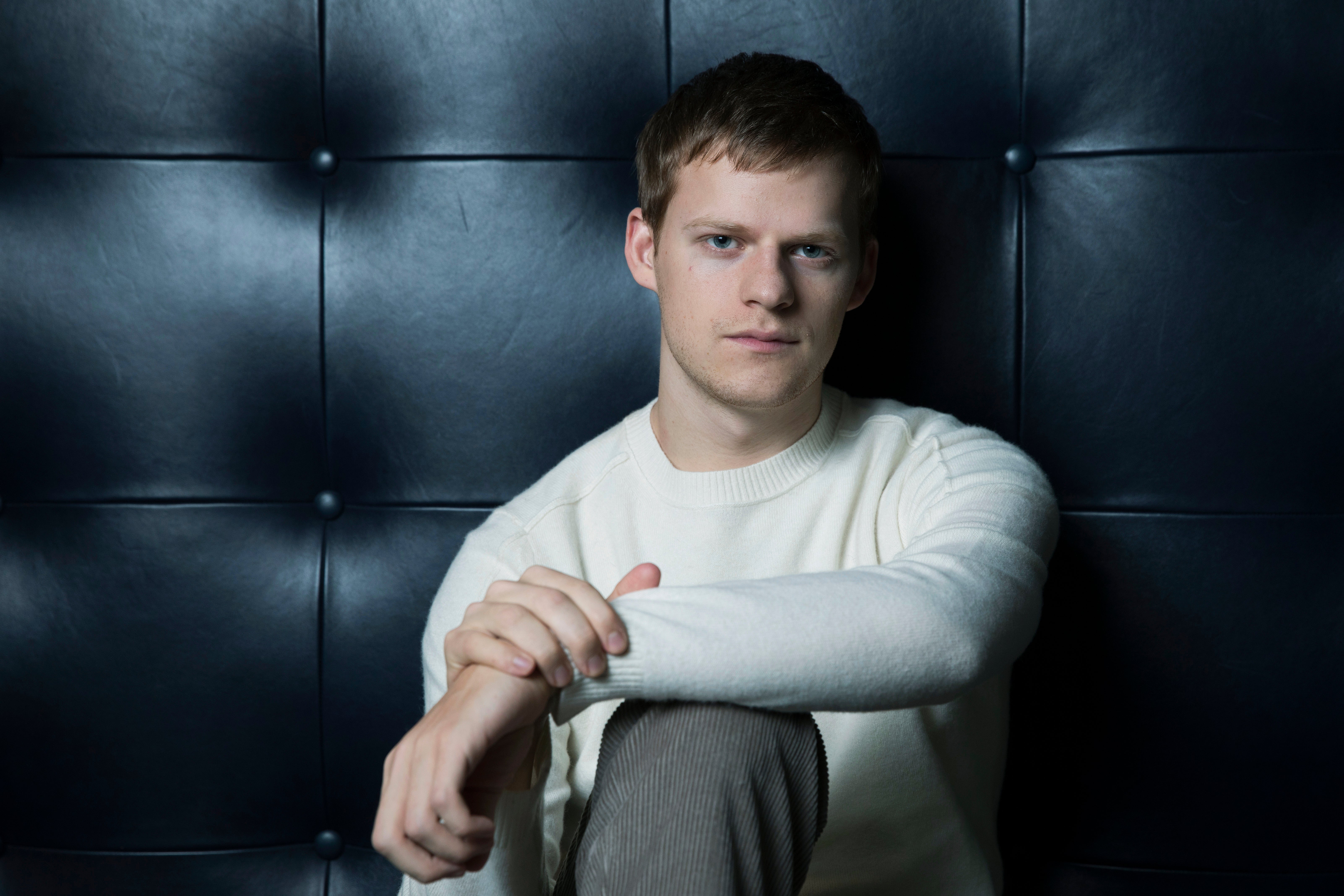 NEW YORK (AP) — With the pressure of the lead role on him for the first time, Lucas Hedges was hearing voices. Vivid movie-critic voices.

“I would hear reviews in my head that were like: ‘It appears as if Hedges has nothing going on in his inner life. In what should be a very rich…'” says Hedges, writing the imaginary hatchet job in his head. “It was like: I’m never going to work again. The stakes felt very high.”

The reviews, like just about everything the 21-year-old actor has done, including his Oscar-nominated breakthrough role in “Manchester by Sea,” have turned out quite the opposite for Hedges in his first starring role. The acclaimed gay conversion therapy drama “Boy Erased,” out Friday, is the latest in a string of disarmingly natural performances by Hedges, even if during the film’s shoot, he felt like he was drowning.

Hedges ultimately found that the self-doubt could be beneficial. He could channel it into his performance as Garrard Conley, who chronicled his anguished insecurity as the gay son of Baptist parents (Nicole Kidman, Russell Crowe) sent to a conversion camp in a 2016 memoir, the basis for Joel Edgerton’s film. 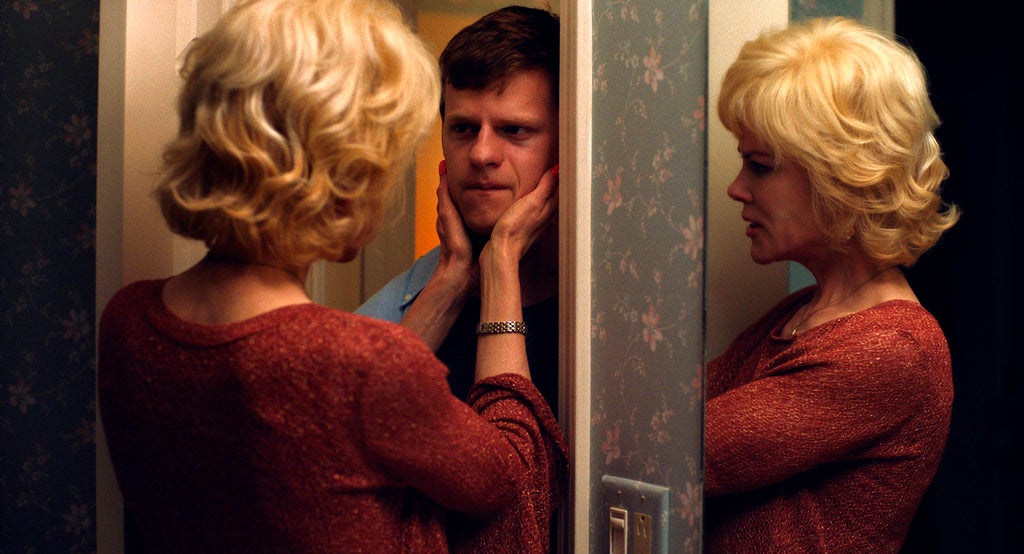 “There’s always a parallel journey going on in all of these projects,” Hedges said in a recent interview in a midtown Manhattan restaurant.

In parts large and small, Hedges has over the past two years assembled a portrait gallery of young men in strained, anxious periods of transition. He has been a newly parentless son (“Manchester by the Sea”), a gay teen in denial (“Lady Bird”), an abusive older brother (“Mid90s”) and a drug addict in recovery (“Ben Is Back”). Their struggles have all in some way mirrored Hedges’ own; their coming of age has been his.

“In the last few years, I’ve felt really restless and searching for the approval of the world,” says Hedges. “Moving forward, I can’t say I’ll be drawn to the same roles. But these parts have felt like no-brainers. There’s been a lot of transformation occurring within me.”

Hedges, a Brooklyn-native currently living with his older brother, Simon, in a Manhattan apartment, spoke on a day off from his Broadway debut in Kenneth Lonergan’s “The Waverly Gallery,” alongside Elaine May, Joan Allen and Michael Cera. (The latter has made himself a mentor to Hedges, giving him regular film assignments.)

Hedges’ father, the author-playwright-filmmaker Peter Hedges (“What’s Eating Gilbert Grape,” ”Pieces of April”), recently attended opening night. And while he’s been well aware of his son’s natural talent since a seventh-grade production of “Nicholas Nickleby” (Hedges played Smike, the disabled boy), he was still impressed when he entered Lucas’ dressing room. On the wall were pictures of his grandmother for personal inspiration. (Hedges plays the grandson of a woman descending into dementia.)

“You walk in and you go, ‘Oh, there’s a real actor preparing in this room,'” says the elder Hedges. “Then it hits me that I get to be his dad.”

A decade ago, Peter cast his son in “Dan in Real Life” but ultimately cut his scene. It was a kind of blessing. Lucas later made it clear he wanted to make his own path, outside of his father.

Such a line — far from the usual sort actors make promoting their movies — is reflective of Hedges’ rare humility. In the course of a wide-spanning interview Hedges spoke with candor about everything from his growing opportunities (“Honestly, there’s no shortage of parts for young, white, male actors. … That’s a weird thing to say.”), to his deep affection for the puberty sitcom “Big Mouth” to his history as a ranked squash player. He tends to deflect praise. About as far as he’ll go is to credit the material he’s gotten to be a part of: “Maybe I’m good at, like, being aware of what I’m working on is good.”

Others, though, don’t shy from complimenting.

“He has this blank-canvas, everyday-beautiful-ordinary regularness about him,” says Edgerton, who wrote and directed “Boy Erased.” ”Lucas is an actor who holds the screen so well without words. The central character of ‘Boy Erased’ is such a quiet, put-upon person. Lucas was coming out of being a boy and transitioning into being a man.”

Hedges was lured back into working with his father by Julia Roberts, who lobbied for Lucas to star alongside her in Peter’s upcoming “Ben Is Back.” Lucas plays a young man home from rehab for the holidays; Roberts plays his mom.

“The hardest part of being the father of a young actor who has had inordinate early success, what my worry would be is that he now has to protect his place and constantly prove that he is a certain type of actor,” says Peter. “What impresses me is that he’s still thinking very much like a student. He’s always learning and growing.”

Both “Boy Erased” and “Ben Is Back,” Hedges says, are for him about overcoming shame.

“Shame has been a big part of my life and something I’ve really be able to come face-to-face with through these projects. I’ve gotten to look more directly at myself and heal those parts of me,” he says. “I try to approach every part in terms of: This part has come to me to heal something.”

Part of that process on “Boy Erased” was also coming to terms with his sexuality. In an interview last month with New York Magazine, Hedges said he’s “not totally straight, but also not gay and not necessarily bisexual.” Saying that publicly, he says, has been a relief.

“I don’t feel like I’m only attracted to women. There are people in my life that I’m afraid to say that to, and I don’t like it,” says Hedges. “But if I’m going to play this part, then I wouldn’t deserve to play it if I wasn’t able to be honest. This character had to risk everything in sharing his sexuality and being honest with himself. The least I can do is be like, ‘Am I doing the same?'”

It may have been a tumultuous period in Hedges’ life, one cathartically charted on screen. But it has brought him a hard-earned maturity.

“For the first time in my life,” Hedges says, “I’m more settled in myself.” NVG