‘We fell in love…,’ say Rhian, JM on first team-up as actors-producers

Rhian Ramos and JM De Guzman share their experiences both as executive producers and actors of their first team-up in the upcoming film “Kung Paano Siya Nawala.”

During the movie’s media launch on Wednesday, Ramos and De Guzman talked about what urged them to invest in the film and how was it like to work with each other for the first time. 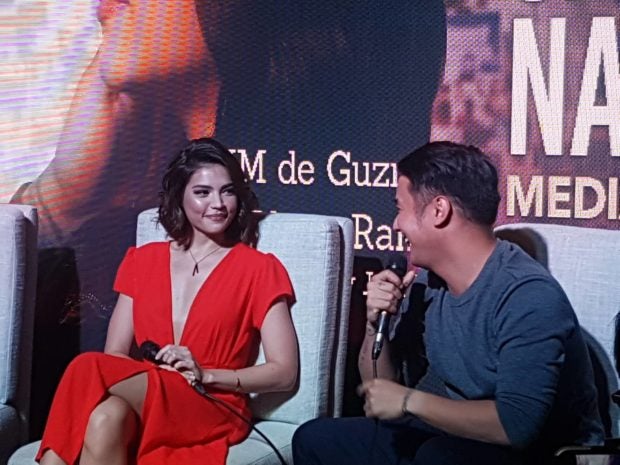 Meanwhile, Ramos recounted how Director Joel Ruiz told them about the story and how they “individually fell in love with the stories” of their characters.

The challenges that arose had to alter Ruiz’s “vision” of the film and Ramos said, “E ako, I was so sold on the movie, so sold on the way he presented it and I believed in what he wanted to achieve.”

“And that’s what inspired me to invest in the movie. Also, so that we could not just do the movie but do it right,” she added.

If given a chance to produce again, Ramos said: “I would still produce again if the project meant this much to me.”

The Kapuso star also shared how she treats investing or anything that has to do with money: “You only do it if you’re prepared for it not to come back, but you’re still happy that you did it. Because you believed in it that much.”

On working with De Guzman for the first time, Ramos shared: “I always felt instantly comfortable with JM. I felt like he was the guy version of me, in some ways.”

“Kung Paano Siya Nawala” tells the story of how De Guzman’s character, Lio, crosses paths with Shana, played by Rhian Ramos and struggles to build a relationship because of his face blindness condition.

Lio, quiet and withdrawn, finds it difficult to connect with others due to his condition: face blindness, an inability to recognize and remember faces. He meets Shana, a beautifully free spirit, who changes his life. The two go through the incredible highs and devastating lows of love in this modern urban love story. Ngayong Nov. 14, 2018, sabay-sabay nating alamin Kung Paano Siya Nawala. Catch it in cinemas nationwide!

The film under TBA Studios directed and written by Joel Ruiz is scheduled for release this November 14, 2018./ac