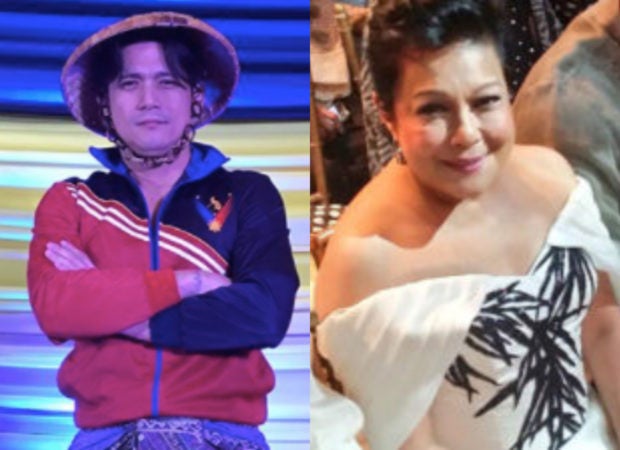 A netizen, Bernie Placido (@bernieplacido), made use of the comments section of Padilla’s Instagram post on Friday, Oct. 26, to ask the action star what his thoughts were regarding the announcement.

(Since the time of PNoy, you disagreed with the exclusion of Nora Aunor in the list of National Artists. What can you say about the fact that she is once again snubbed by the Duterte administration in the latest announcement?) 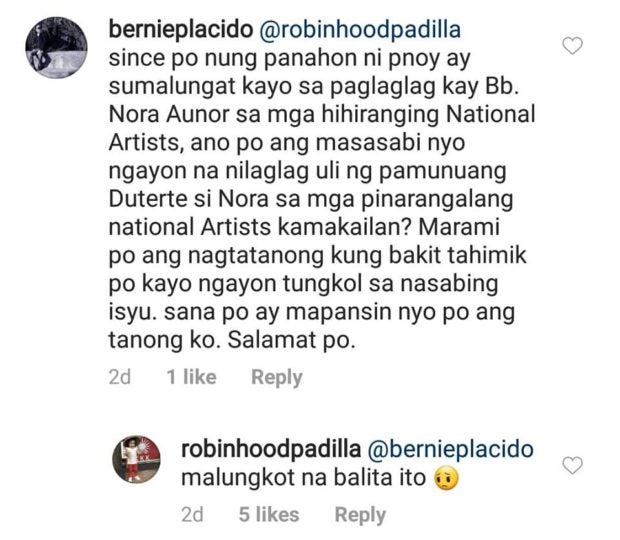 (Many are asking why you are silent on the said issue. I hope you notice my question. Thank you.)

Padilla gave a brief answer to the commenter, “Malungkot na balita ito (This is sad news).”

The action star aired his frustration via social media on 2014 over Aunor’s exclusion from the then batch of National Artists. President Aquino stated then that he dropped Aunor from the 2014 list due to her 2005 arrest for alleged possession of drug paraphernalia in Los Angeles, California.

“This government is elitist,” Padilla stated then. “Show business and Philippine cinema are our culture. It’s not, and never will be, for politicians.”