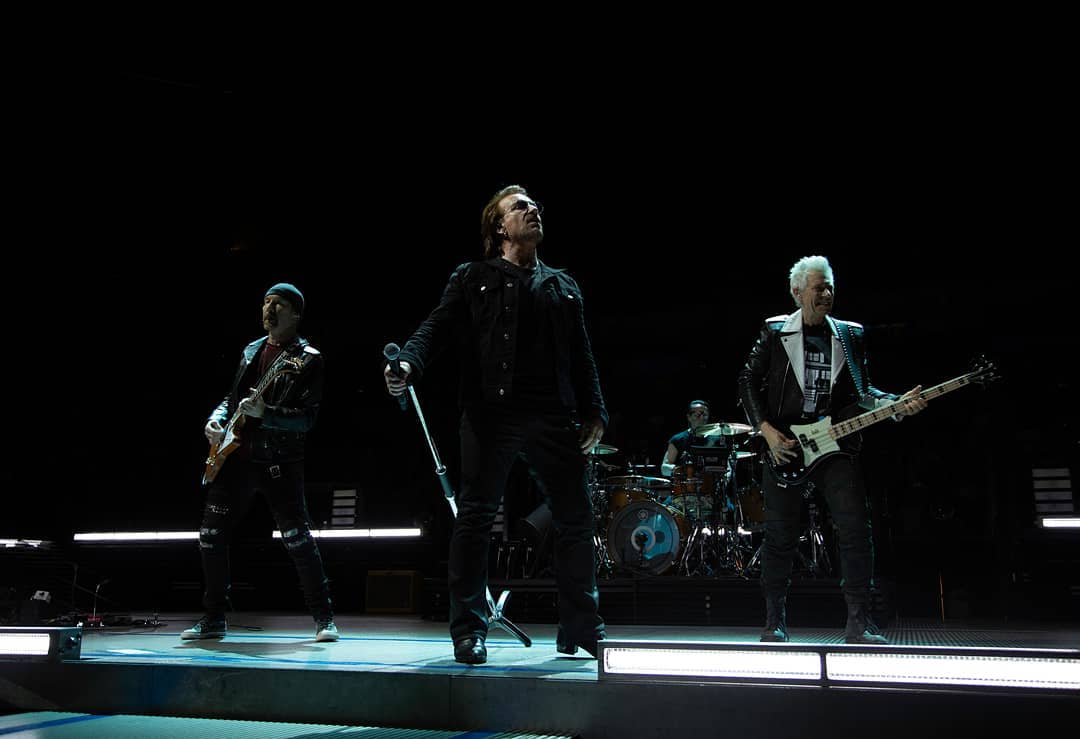 U2 paid its respects to the victims of the May 2017 terrorist attack by dedicating the song “13. There is a Light” in their Oct. 19 show at the Manchester Arena in England.

Frontman Bono made the dedication as the band prepared to play the closing song for a set. “This is a prayer for the safety of your children,” said Bono before he started singing as reported by NME.

YouTube user Raymond Jager shared a two-minute clip of Bono solemnly singing “There Is a Light” as the spotlight followed him on stage. He would later open a doll house from which a large light bulb would come out. Bono would then go off stage and walk among the crowd in the company of security personnel.

Elsewhere in the show, Bono called on the United Kingdom to unite against Brexit. “We’ve been touring all across Europe and the resounding message is nobody wants you to leave,” he said to the audience.

U2’s Manchester performance is part of their ongoing “eXPERIENCE + iNNOCENCE” tour around Europe, which started in August and will end on Nov. 13 in Berlin’s Mercedes-Benz Arena.  Alfred Bayle /ra