Ambassadors for Motown sound seek more of it in hometown 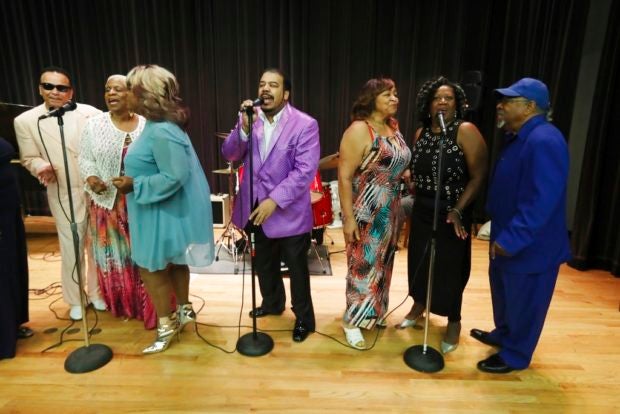 In this July 31, 2018, photo, from left, Mark Scott of The Miracles, Angela Williams, Roschelle Laughhunn of the Vandellas, Emmanuel (E.J.) Johnson of Enchantment, Bertha Gibson, Hazelette Crosby, and Al Chisholm of the Contours perform in Detroit. The music of Motown still beguiles audiences around the globe. But the music of Stevie, Martha, the Supremes and Temptations doesn’t get heard regularly and reliably in Detroit, the city of its birth. Joan Belgrave is among those out to change that: She’s brought it to many venues and hopes to secure a place “dedicated to the genre.” Image: AP Photo/Carlos Osorio

DETROIT — From the auditorium of Detroit’s main library on a recent weeknight emerged the sound of Motown: Spirited takes of tunes that sprung from a studio just a few miles away and made their way around the world.

Some of Detroit’s best singers and musicians breathed new life into beloved songs more than a half-century old: “Signed, Sealed, Delivered I’m Yours”, ”Dancing in the Street”, ”Stop! In the Name of Love”, ”Papa Was a Rolling Stone”.

They still beguile audiences across the globe, but the music of Stevie Wonder, Martha Reeves, the Supremes and Temptations doesn’t get heard regularly and reliably in the city of its birth. Joan Belgrave, one of the voices belting out Motown classics on the library stage, is out to change that as the label nears its 60th anniversary early next year.

“There’s no place that’s dedicated to that genre. And this is Detroit,” said Belgrave, wife of the late jazz trumpeting great and Motown player Marcus Belgrave . “People come here (and) they go to the Motown Museum. And then what?”

Sure, you can catch a whiff of Hitsville U.S.A. here and there in Detroit. Classic Motown singers and groups — some of which still boast an original member or two — certainly “can’t forget the Motor City,” to quote a Reeves and the Vandellas hit, on a tour.

Other artists might throw a Motown song or two into their set lists. Further, there are tribute bands and even a local DJ who spins records from the label and era. To top it off, the Motown Museum plans a major expansion and upgrade that includes a performance space.

Still, Belgrave said it’s not enough for a city with such a sonic lineage and legacy.

“Marcus and I would go to New Orleans, Preservation Hall ,” she said. “It’s just a little bitty place. But it’s a place designated for that place’s music — traditional New Orleans music. Why don’t we have a place like that in Detroit?” 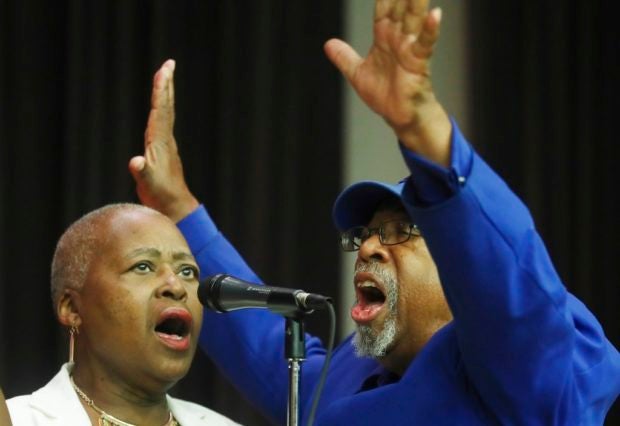 In this July 31, 2018, photo, Al Chisholm of the Contours sings with his wife, Sharon Chisholm in Detroit. The music of Motown still beguiles audiences around the globe. But the music of Stevie, Martha, the Supremes and Temptations doesn’t get heard regularly and reliably in Detroit, the city of its birth. Joan Belgrave is among those out to change that: She’s brought it to many venues and hopes to secure a place “dedicated to the genre.” Image: AP Photo/Carlos Osorio

Belgrave had high hopes for something regular earlier this year when she was brought in to book entertainment at a downtown bar. They started an open jam session one weeknight and brought in some Motown tribute bands on the weekends, but the efforts stalled when the bar closed.

Among those joining Belgrave’s crusade is Mark Scott, who joined the legendary Motown group The Miracles about 15 years ago and sings the leads made famous by Smokey Robinson.

“When we go overseas, the response is enormous,” said Scott, who also performed at the Detroit library. “A lot of people come here to visit, and they’re not able to see a lot of Motown acts consistently. … I think the thing about Detroit that the venues need to start doing is respecting the legacy.”

Belgrave isn’t giving up. She’s grateful for places like the library, which has long supported local music and artists, including those with connections to or a love for Motown. She’s looking for a new venue or two to take up the cause.

To be sure, she’s been feeling a surge of support for Detroit’s musical heritage as artists have been paying homage to Aretha Franklin, who died Aug. 16 at 76. Franklin wasn’t officially a Motown artist, but alums consider her family: She grew up alongside Robinson and recorded and toured with the Four Tops. Robinson delivered a touching tribute to her at her funeral, as did Stevie Wonder.

Belgrave performed at a Franklin tribute at Chene Park, which is being renamed the Aretha Louise Franklin Amphitheatre. She said she spoke with people about her “dream” and gained support that she hopes will bear fruit.

Abdul “Duke” Fakir, the lone surviving original member of the Four Tops, still performs regularly with the group. He said it seemed for a few years in the late 1990s and early 2000s, “Motown music history just kind of faded away,” but he feels like there’s a “resurgence of the Motown sound and the great music” in recent years.

He’s excited by what Belgrave is doing and can’t wait for the expansion of the museum.

“It should be really a known part of our history that everybody knows about, everybody hears about and everybody can share in the wonder and the wonderful part that music has played in this city,” he said. “That community maybe is starting to get close again. … It’s starting to seem like that.” MKH

Stories behind the songs