Foreign drama-comedy film “Bitter Melon” will have a special one-time screening at the ongoing Cinema One Originals festival on Saturday, 9:30 p.m. at TriNoma Cinema 4.

“It was a wacky script that explored the cycle of domestic violence that existed in my family, both in the Philippines and in San Francisco, prompting people to ask me why I felt the need to laugh at these experiences. I’d say: I need to laugh at them. Because if I don’t, I’ll cry,” a statement by Cinema One Originals quoted Mendoza on Friday.

‘Bitter Melon’ is the third feature film from Mendoza following ‘Colma: The Musical’ (2007), and his award-winning directorial effort, ‘I Am a Ghost’ (2014). 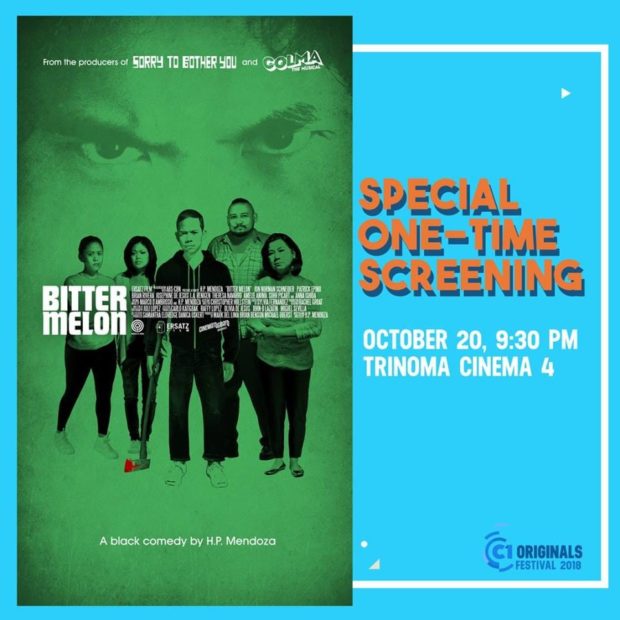 Bitter melon made its world premiere in May as a Centerpiece Film at the CAAMFEST36 in San Francisco. It was first introduced in the Cinematografo International Film Festival (CIFF) in November 2017.