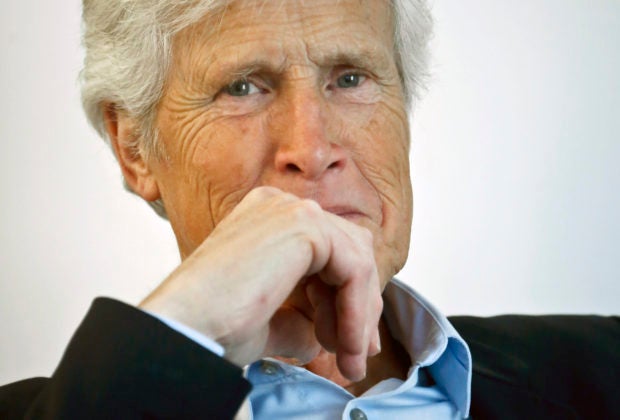 NEW YORK (AP) — Keith Morrison, the “Dateline” correspondent, has spoken to countless murder suspects and grieving family members over the years. But he says he truthfully never had an appetite for covering crime.

“I had to be dragged into it. I resisted,” he said recently. “I think I felt like it was an invasion of people’s privacy.”

Morrison, who says he fell into television after working in radio because he was “pretty much a screw-up at everything else,” discovered over time that it could actually be therapeutic for the victims’ families to speak with him.

If people want to tell their stories, there’s an audience who wants to listen.

Netflix’s “Making a Murderer” and podcasts like “Dr. Death” and “Serial” show true crime has never been hotter, but “Dateline” has been in the game for nearly three decades and is still going strong.

Now in its 27th season and airing Fridays and Saturdays on NBC, it’s the longest-running primetime show on the network. It’s also the highest-rated news magazine show on Fridays.

One fan, Amanda Michelson of Cincinnati, jokes her dedication to the show is “an obsession.” She says she has nightmares about the show sometimes but “can’t get enough.”

Michelson is especially pleased when she sits down to watch an episode and learns Morrison is assigned to the story. “When I hear his voice, I know it’s going to be a good one,” she says.

NBC has taken advantage of the popularity of “Dateline”.

There are “Dateline” socks for sale and even free voicemails available for download on Sound Cloud featuring Morrison and fellow correspondent Josh Mankiewicz.

In one voicemail option, Morrison says, “No one can get to the phone. Troubling, really. Just leave a message and someone will get back to you. Or will they?”

There’s also lighter Morrison fare that has been made available, like a video of him reading “Rudolph the Red Nosed Reindeer”. In another, he reads the phone book and somehow makes that sound ominous.

Morrison, Mankiewicz, Andrea Canning and Dennis Murphy are all so popular, this year they were an attraction at CrimeCon, an annual convention for fans of true crime.

Working on “Dateline” also allows Morrison to explore long-form journalism. Episodes can be one or two hours long.

“Every story in life is really complicated and takes time to sort out and it’s nice to be able to do that.”

It’s “an ambition” to go even longer, he said.

“Just the other day I was bugging the boss, saying we’ve got to have a six episode series on a particular story I’m working on.”

“I’m happy to be anybody’s confessor, it doesn’t bother me… They’re trying to impress you. The most vicious of murderers wants to show he’s really a nice guy. He’s misunderstood and everybody got it wrong,” he said.

So as people tune into “Dateline” as escapism from their own lives, what kind of entertainment does he like?

He’s in the middle of reading the French mystery series known as the Maigret Mysteries. There are 75 books that have been translated to English.

“The writing is extraordinary and they’re fun to read.” CC