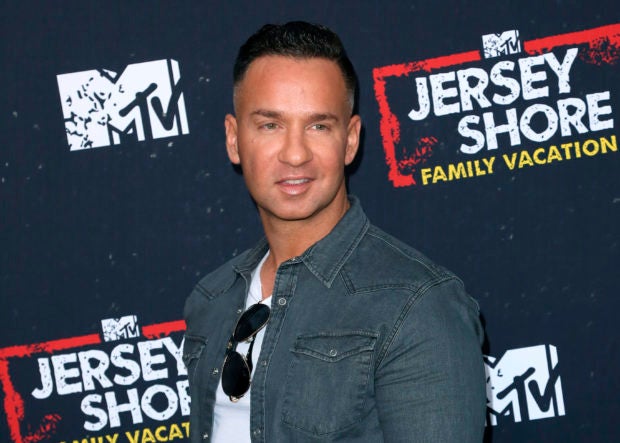 In this March 29, 2018 file photo, Mike “The Situation” Sorrentino arrives at the “Jersey Shore Family Vacation” premiere in Los Angeles. Sorrentino is seeking probation when he’s sentenced Friday on tax charges, while prosecutors want a sentence of 14 months. Sorrentino pleaded guilty in January to concealing his income in 2011 by making cash deposits that wouldn’t trigger federal reporting requirements. He and his brother were charged in 2014 with multiple tax offenses related to nearly $9 million in income. Image: Invision/Willy Sanjuan via AP

NEWARK, N.J. (AP) — The Situation should trade in his muscle shirts for a prison jumpsuit or avoid serving time altogether, according to dueling pre-sentencing submissions in the “Jersey Shore” actor’s federal tax case.

Attorneys for the star, whose real name is Michael Sorrentino, argue he should receive probation after pleading guilty in January to one count of tax evasion. Prosecutors, meanwhile, are seeking a prison sentence of 14 months when he is sentenced Friday in Newark. The requests are part of sentencing memos obtained by The Associated Press.

Sorrentino admitted concealing his income in 2011 by making cash deposits that wouldn’t trigger federal reporting requirements. He and his brother, Marc, were charged in 2014 with multiple tax offenses related to nearly $9 million in income. Marc Sorrentino pleaded guilty to one count of assisting in the preparation of a false return and also faces sentencing Friday.

Michael Sorrentino played a minor role in the alleged conspiracy, attorney Henry Klingeman wrote, and has worked diligently to overcome substance abuse in the time since his arrest.

“At bottom, the Government seeks to punish Michael harshly, not because of his own individual conduct and characteristics, but because he is a celebrity,” Klingeman wrote.

The government’s memo argued that a prison sentence would send the message that “tax fraud will be met with real punishment,” and noted that Sorrentino’s substance addiction didn’t stop him from structuring cash deposits to avoid government scrutiny. CC