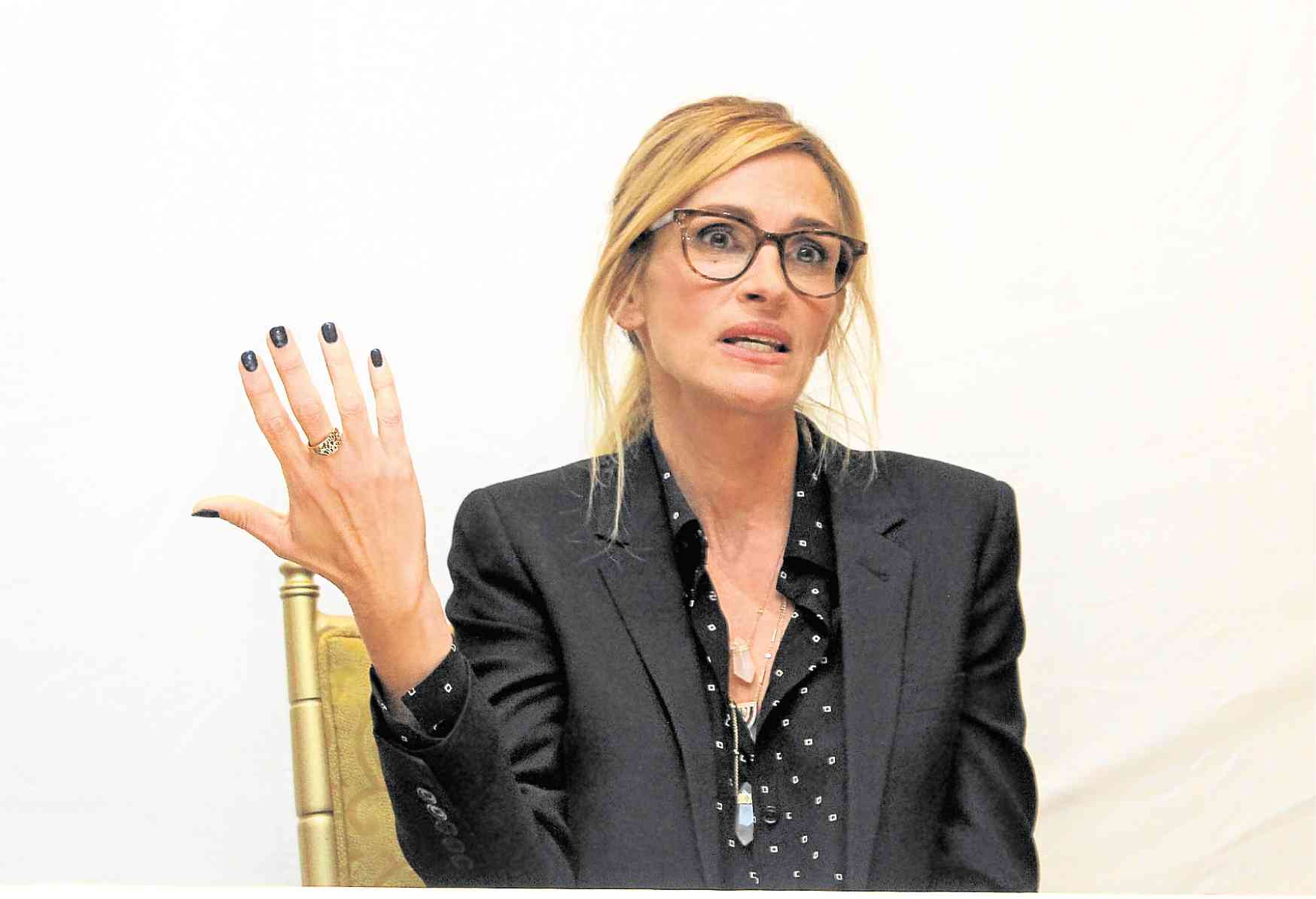 LOS ANGELES—In this Part Two of my column on Julia Roberts, we continue our talk on her new film, “Ben Is Back,” in which she discusses her role as a mom to an opioid-addicted teen son (Lucas Hedges). The drama spotlights the opioid epidemic, especially in the US where about two million people are addicted to heroin and doctor-prescribed drugs—from Vicodin, fentanyl, morphine to codeine.

The happily married wife and mother of three, who also stars in Amazon Studios’ “Homecoming,” talks about her family life, as well.

This movie could put a face on the opioid crisis that’s happening in the US. People who watch the film will see somebody coping with drug addiction and have a better understanding. It was Peter Hedges’ point. He wrote this from a politically charged reaction. This drug crisis, particularly involving opioid drugs, has gone on for such a long time.

There are so many other problems going on that take over the front page on a daily basis that this becomes the page 5 statistics of numbers and things. Peter humanizes it in this way, with this family, to have each person in it have a specific point of view to teach us all about how a family works with this crisis.

Did you talk to any mother for the role? I didn’t talk to mothers because, as an artist, I thought it seemed very selfish—to dredge up your pain for me to be interested and benefit from in this tool. We live in a world where the access to this kind of information online is enormous. So I had no shortage of things to watch, read and comb over. It is incredible, if you just Google mothers with addicted children, the forums that are solely devoted to mothers and their feelings, stories and crises.

In your research for “Ben Is Back,” was there something that surprised you? It’s all pretty shocking, it really is.

Is there hope? Oh, there has to be. Always. Because particularly when you’re reading about things that have happened or families that have lost their members, then the resolve in your hope has to be even greater because that can’t be for nothing. They can’t be sharing their heartbreak for us to not learn and prevail from that point on their behalf.

One of the fascinating things about the Internet is your access to people that you would otherwise never be able to hear their story. And the way people share so unflinchingly is quite incredible.

How good are you at juggling your different responsibilities? We all do it whether with your first roommate or boyfriend or girlfriend, or when you get married and have kids. It’s just the expansion of the juggler role. So, that’s the fun of figuring out how to make that work for everybody. But, to remember to make it work for yourself is probably the paramount reason, so from that comes the love of everything else for everyone else. 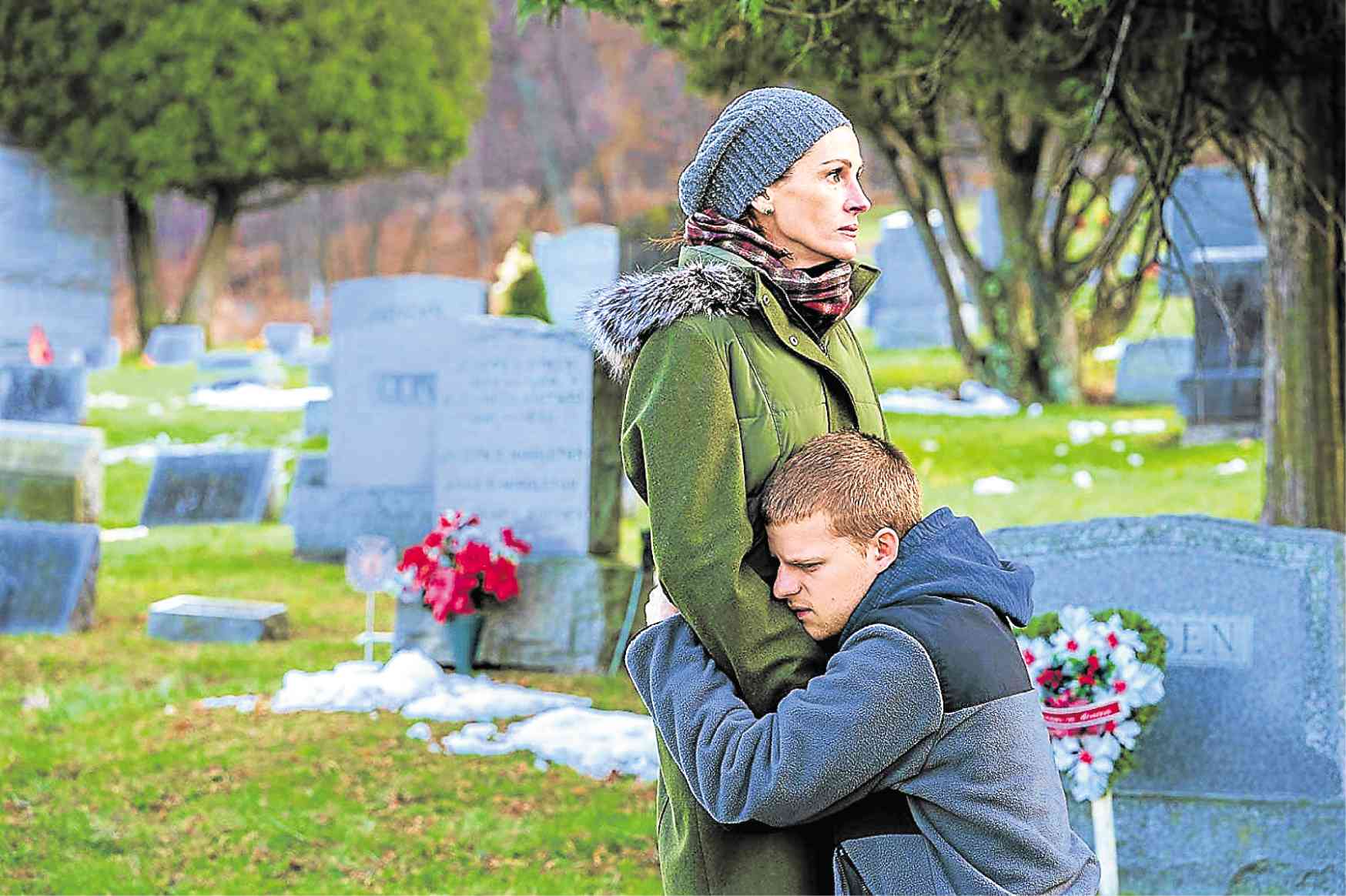 In the screen drama “Ben Is Back,” Julia Roberts (left) and Lucas Hedges play mother and son. —Roadside Attractions

Can you cite the three turning points in your life? Just three (laughs)? I guess being born, getting married and having kids. Those would be the top three. Those are good ones. That’s a greatest hits list.

Can you talk about getting married as a turning point? Because I found what, for me, is my perfect match. There’s nothing general about finding that person in this big wide world. It’s the things that shape you, that crystalize the definition of who you are. I stand by them.

And the three turning points in your career? I guess my career’s three greatest hits would be meeting Garry Marshall, Steven Soderbergh and Mike Nichols.

In “Ben Is Back,” your daughter (played by Kathryn Newton) is into playing the piano and singing. Do your children show signs of interest in performing? We have musical kids, particularly my daughter (Hazel Patricia) who has learned to play the piano and is quite gifted, says her mother (laughs). But I’ll tell you, that Kathryn Newton, she is something unique and special, for sure. It’s sweet. Music is everything. It’s great to have it in the house. I love it when Hazel plays. Just to hear it off in the distance—it brings joy.

Who is stricter as a parent? Between Danny and me, you mean? We are a united front. As parents would say, you can’t let the kids see that they can create a wedge. So we’re really good at that. We do take turns [in being strict] because there are things that are more of my territory. Things that he notices I don’t always notice, and vice versa. That’s good. It creates a balance. And that way, it throws the kids off. They don’t know who the strict parent is.